Tenet may be in theaters, but this is also a killer weekend for new streaming releases like Away, Raised by Wolves, Mulan and many others. Observer Entertainment has curated the guide below to help figure out what to watch this weekend on your off-hours. The major streaming services alike are represented below, from Netflix to Hulu to Amazon, and we’ve offered recommendations for for all of them, including both new releases as well as hidden gems that may be buried between the cracks.

SEE ALSO: Our Review of ‘Bill & Ted Face the Music’

Netflix’s Away has lifted off. The bold, blockbuster-level Netflix show is like a cross between Apollo 13 and Friday Night Lights, which makes sense given that Jason Katims is one of its executive producers. Hilary Swank and Josh Charles star as a married couple trying to guide a mission to Mars. She’s rocketing through the cosmos commanding the spacecraft while he’s on the ground, helping them troubleshoot any number of things that go wrong. As Observer’s Brandon Katz put it in his review, “if you’re a fan of the old-fashioned broadcast model with the budget, bells and whistles of streaming, Away neatly fits into that mold as a rock-solid space drama.” Watch Away on Netflix.

Glenn Howerton, Patton Oswalt, Paula Pell lead the cast of A.P. Bio, probably the most promising of Peacock’s original TV slate. A.P. Bio, created by Mike O’Brien, was canceled after two smart and funny seasons on NBC that follows the shenanigans of Howerton’s Dr. Jack Carson Griffin an ex-professor of philosophy at Harvard who must humble himself in the ignominious halls of a high school in Toledo, Ohio—teaching the sciences in disgrace. Fortunately, the show was saved by Peacock, and Season 3 premiered this week. Watch A.P. Bio for free on Peacock.

The Boys are back on Prime again. The second season of Amazon’s dystopian superhero saga has finally landed, and it’s absolutely worth your time. Observer’s own Brandon Katz summed up this season in his review: “The Boys mutilates the very idea of idealism, hacks away at the notion of heroics. In this world, the superhero isn’t an aspirational title. It’s a product that has been commodified, quantified, pre-packaged and marketed to the masses.” Equal parts relevant to our current dystopia and action-packed, it’s villain is an evil, fascistic Superman stand-in played by Anthony Starr named Homelander, who is joined this season by Aya Cash playing a villain named Stormfront. Watch The Boys on Amazon Prime Video.

The remake of Mulan premieres today, and if you plan on seeing it anytime soon, you’ll have to shell out $30 to watch it on Disney+ Premier Access, which is exactly what it sounds like. The $200 million blockbuster live-action remake of the 1998 animated classic is by all accounts a visual splendor, even if the motivations of its heroes are questionable, the original film’s song lyrics are spoken instead of sung and Mulan herself makes use of chi powers that were absent in the cartoon. At worst, though, expect to watch a family-friendly martial arts film. Watch Mulan on Disney+.

Hulu’s newest original programming and fresh content don’t really kick in until later in the month, but that’s OK as plenty of films and shows have been added this month, including the legendary ’90s gem Practical Magic. This film stars Sandra Bullock and Nicole Kidman as sisters—and witches—who are pitted against a family curse that dooms the men they fall in love with to die. It’s a bit of a batshit movie, all-over-the-place plotwise but ultimately a winner thanks to the bond shared between the two sisters. Kidman and Bullock apparently even got drunk on bad tequila set (brought by Kidman) while filming a drinking scene between the two of them. If that doesn’t sell you I can’t help you. Watch Practical Magic on Hulu.

Ridley Scott’s tirelessly creative brain has given us another memorable sci-fi entry in Raised by Wolves, about two androids tasked with raising human children race on a mysterious planet. Created by Prisoners and Papillon screenwriter Aaron Guzikowski, Raised by Wolves premiered this week and has already generated plenty of buzz and has been hyped as the show that could wind up being an anchor for HBO Max’s waning viewership. We’ll see if that comes to pass, but in the meantime the first three episodes are available. Watch Raised by Wolves on HBO Max.

Everything on Tubi is the perfect price—free—which absolutely makes up for the fact that the service has no original programming. What it does have is an insane and adventurous library of dreck and hidden gems alike. This week’s tip: It Follows, which is departing from the service soon. It’s an eerily shot and cuttingly acted psychological horror film about a supernatural entity that stalks people who have had sex with each other—an allegory for sexually transmitted diseases.  Watch It Follows for free on Tubi.

Christopher Nolan’s Tenet has finally arrived in American theaters—for viewers everywhere to watch at their own peril. It sounds like a great Christopher Nolan film, and one just as obsessed with time as all of his other works, as Observer has covered exhaustively. Our contributor Emily Zemler gave it three stars and another writer Josh Bell voiced his opinion on whether you should see it in a drive-in theater (you should). No matter what, it’s a Christopher Nolan blockbuster. Expect to be entertained. 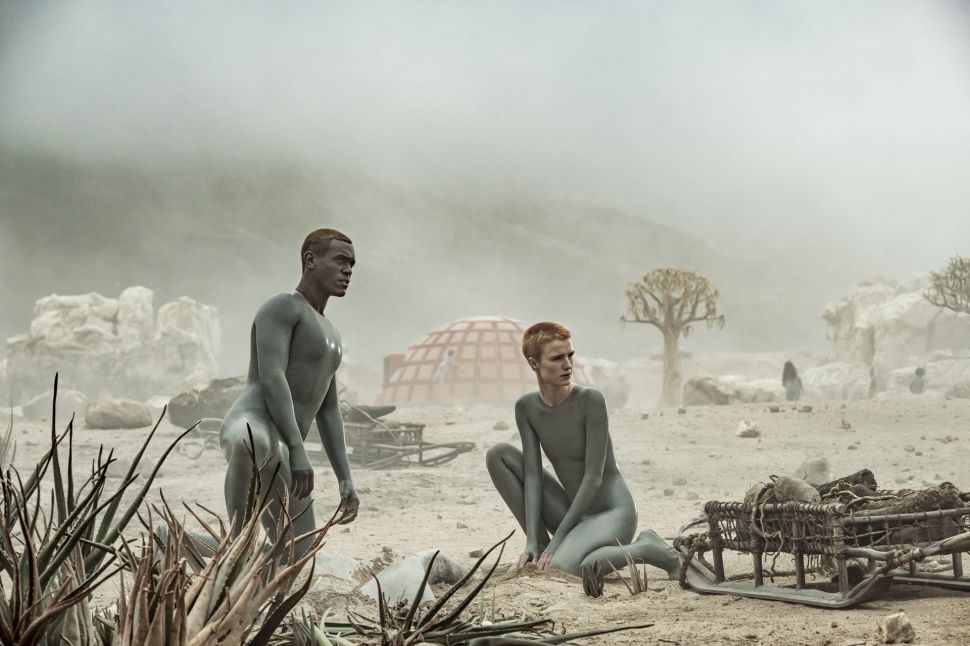