Teen heroes, detectives, rich people and conspiracy theorists collide in this week’s latest and most exciting streaming options. Observer Entertainment has curated the guide below to help figure out what to watch this weekend on your off-hours. The major streaming services alike are represented below, from Netflix to Hulu to Amazon, and we’ve offered recommendations for for all of them, including both new releases as well as hidden gems that may be buried between the cracks.

Finally, Enola Holmes is here and what a delight it is. If you want a speedy two hours of escapist mischief and crime-solving starring Millie Bobby Brown (Stranger Things), the new film—a riff on the stories of Sherlock Holmes that stars his teen sister—is for you. As Observer’s Brandon Katz argued in his review of Enola Holmes, the film directed by Harry Bradbeer and written by Jack Thorne is good enough to pin a franchise around. Henry Cavill plays perhaps the most muscular Sherlock ever put on screen. Watch Enola Holmes on Netflix.

Amazon’s latest original series, Utopia, feels like an apt fit for our current reality of fascist creep, a pandemic ravaging a population and the overwhelmingly harmful rise of baseless conspiracy theories. It comes from the mind of creator Gillian Flynn (Gone Girl, Sharp Objects), who intentionally or not has delivered a show with a star-studded cast (John Cusack, Rainn Wilson, Desmond Borges, Sasha Lane, Ashleigh LaThrop) that melds all of our 2020 anxieties into a season of science fiction. Your mileage may vary on the result, but all the episodes are out today. Watch Utopia on Amazon Prime Video.

The latest original film to hit Disney+ is Secret Society of Second-Born Royals, a movie that imagines the next-in-line heirs to kingdoms as teen action heroes with attitude. The premise, based on an original story by screenwriters Alex Litvak, Andrew Green and producer Austin Winsberg, and directed by Anna Mastro (Walter), feels in-line with Disney’s continually lucrative institutional focus on royalty and birthrights gone awry. Watch Secret Society of Second-Born Royals on Disney+.

FOX’s Filthy Rich is the latest in a string of shows like Billions, Succession, Schitt’s Creek and others that critique or lampoon the wealthy and powerful. Sex and the City‘s Kim Cattrall stars as the matriarch of a super-rich Southern family, the Monreauxes, whose husband has recently been killed in a plane crash. Upon his death, a string of newly legitimized heirs come out of the woodwork to collect on their inheritance. The first three episodes of the soapy drama are available to watch on Hulu now. Watch Filthy Rich on Hulu.

We Are Who We Are is Luca Guadagnino’s first television series, a learning curve the director had to adapt to, as he discusses in his interview with Observer contributor Nadja Sayej this week. HBO seems to have proven a good fit for the director, whose long meditative scenes and naturalistically framed characters linger quite a bit in each episode of We Are Who We Are. The show focuses on Fraser and Caitlin, two children of soldiers on an American military base in Italy, and their burgeoning friendship as they navigate unfamiliar surroundings and their own identities. Watch We Are Who We Are on HBO Max.

With Boyz N the Hood, the late, great John Singleton made one of film history’s strongest directing debuts at age 24, becoming the first African American and the youngest person ever to be nominated for an Academy Award for directing. The energy and emotion behind Boyz N the Hood are clear when you watch it, communicated through the traumas Tre (Cuba Gooding Jr.), Doughboy (Ice Cube) and their peers witness as they attempt to go about their lives in South Central L.A. It’s still a masterpiece. Watch Boyz N the Hood for free on Tubi.

This month the classic thriller The Silence of the Lambs hit PlutoTV, and it remains as electrifying as ever. Even now, nearly three decades after its release, the scenes between Clarice Starling (Jodie Foster) and Hannibal Lecter (Anthony Hopkins) haven’t lost any of their crackle. In a 1991 interview on the heels of the film’s release, Jonathan Demme called it his “best work so far.” Watch The Silence of the Lambs for free on PlutoTV.

The perpetually underrated Jason Sudeikis is Ted Lasso in Apple’s series of the same name, and it’s an unexpected favorite of ours here at Observer. This week, Brandon Katz writes that the show is “something of a TV miracle. What began as a farcical character Sudeikis played in NBC Sports commercials for their coverage of the Premier League in 2013 has, impossibly, become the most endearing character on all of television.” Watch Ted Lasso on PlutoTV. 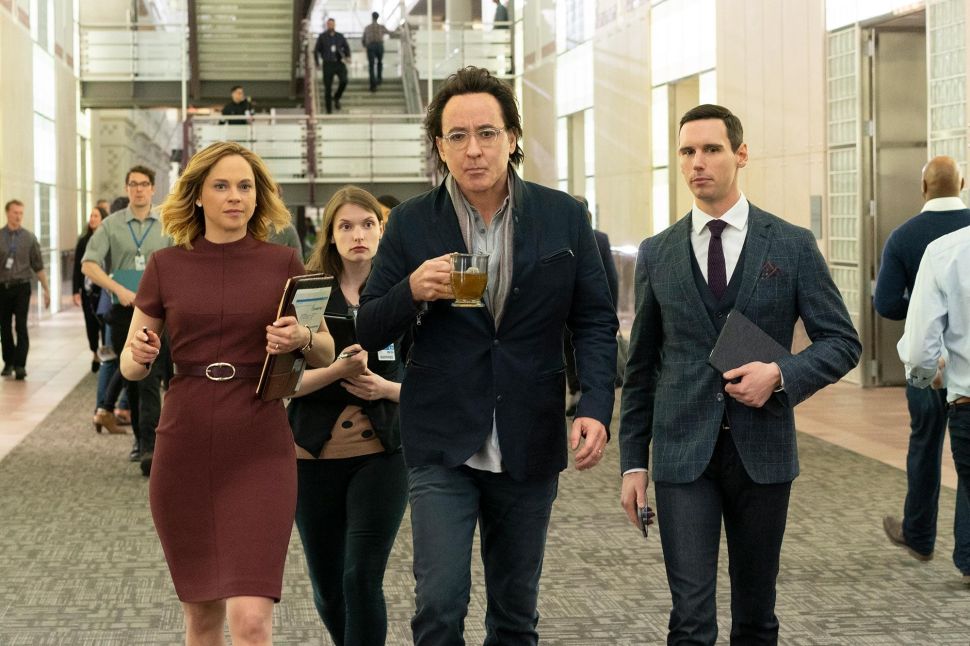