Over seven decades ago, throughout the height of World War II, hundreds of thousands of young Korean girls and women were forced into sexual servitude by members of the Japanese military. Known as “comfort women,” the victims were brutally and repeatedly assaulted by Japanese soldiers in “comfort stations,” and the victims were subsequently abandoned in China after the war concluded. For years, the Korean Council for Justice and Remembrance has run a museum, the War and Women’s Human Rights Museum, with the purpose of educating visitors on the plight of comfort women. On Monday, however, the former president of the aforementioned council was indicted on charges of embezzlement of funds meant both for the museum and for the surviving victims themselves.

According to a report from Yonhap News Agency, Yoon Mee-hyang, a Democratic representative who’s been newly appointed to a parliamentary seat in Korea, has been accused of unlawfully accepting over 360 million won ($304,000) from Seoul’s metropolitan government culture ministry throughout her tenure as president of the Korean Council for Justice and Remembrance. Prosecutors are positing that between 2013 and 2020, Yoon applied for financial stipends for the War and Women’s Human Rights Museum that the institution actually had no right to receive, because it had no curator and therefore didn’t meet the legal requirements for museum status. However, the civic group’s applications for museum funding allegedly stated that the institution did, in fact, have a curator. Yoon has been accused of misappropriating 100 million won ($85,000) of donations and public funds for personal use, that includes using government funds to finance her daughter’s education in the United States.

Additionally, the Korean Council for Justice and Remembrance was also criticized earlier this year for selling a property that was supposed to be made into a facility for the victims of sexual slavery in World War II, but which was instead reportedly used for church functions and retreats and managed by Yoon Mee-hyang’s father.

Lee Yong-soo, a 91-year-old former comfort woman, told Korea JoongAng Daily in May that Yoon has “no conscience” and that the nation has a long way to go before justice is served. “I believe that you shouldn’t do what the victims do not desire,” Lee said. “I think that the history museum should be expanded and an education facility should be made because it is important to teach accurate history. Even if one word is spoken, it is important to teach it correctly.” 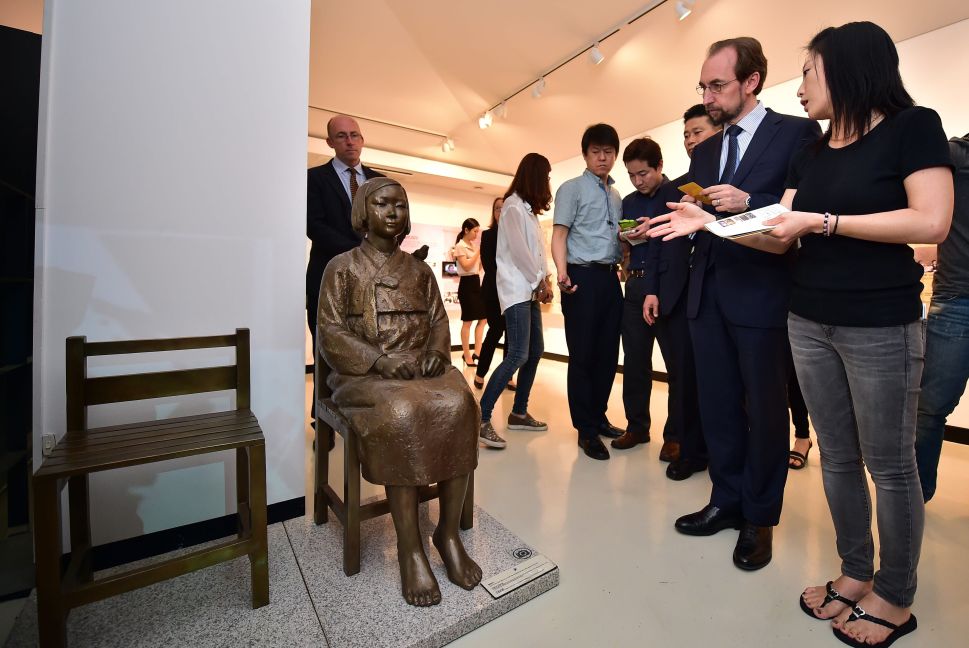