Mention space missions, what may first come to mind is either rocket blastoffs, spaceships voyaging toward another planet or astronauts walking in the black of vacuum in fat spacesuits. All of those things are made on Earth, but for both convenience and long-haul trips, building things in space is an increasingly important aspect of space travel.

“If we’re going to colonize Mars, we absolutely have to have the ability to do manufacturing there and ideally using local materials,” Andrew Rush, president of Made In Space, Inc., a Jacksonville, Florida startup specializing in 3D printing in space, tells Observer.

Made In Space is the first company to successfully manufacture an object in an off-Earth environment. In 2016, NASA commissioned Made In Space to install a permanent 3D printer on the International Space Station to produce tools, equipment and whatever onboard astronauts might need.

In a recent interview with Observer, Rush broke down the intriguing science of manufacturing in microgravity environments and why this technology is key in the human race’s quest for interplanetary industrialization.

The end goal is the same, which is to build stuff in real-time to meet user need. The biggest difference in space is that we don’t have the benefit of gravity to help us put things where we want to put them, so we have to rely on other forces to do the depositing of material.

Also, in a zero-gravity environment, we don’t have any natural convection like air currents that move naturally to help with cooling. So we have to build thermal control into the 3D printing system to keep the hot parts hot and the cool parts cool.

Basically you are creating an Earth-like environment inside the 3D printing machine.

One of the great things about manufacturing in microgravity, though, is that we can actually make structures that wouldn’t be able to support their own mass if they were on Earth. That allows us to do really interesting things. For example, we can make a spiderweb-like structure that can hold and stabilize its own weight in space. But if you put it down on the ground, it would collapse under the weight of its own mass.

With 3D printing, we can directly make that kind of objects in space instead of making it on Earth and then blasting it into space.

How big is the device that’s currently on the space station?

It’s about the size of a decent microwave. But really, the size of our printers depends on what needs to be printed and the amount of space available. We have some printers that can make structures much bigger than the printers themselves. They can operate outside the ISS in the vacuum of space.

What kind of objects has that printer made? And what are they made of?

It has made a wide variety of stuff, such as ratchets that can be used to tweak things down, radiation covers for different science experiments and student-designed art.

Right now, we have three materials on the space station. We have acrylonitrile butadiene styrene (ABS), which is kind of like Lego plastic and a common material used in 3D printers on Earth as well. Then, we have a high-density polyethylene (HDPE) that’s a more flexible and food-safe plastic. Polyethylene is also what milk jugs are made out of. Then, we also have a Polyetherimide/Polycarbonate (PEI/PC), which is an aerospace-grade polymer that produces stronger, more heat-resistant materials. It can actually hold strength in a vacuum and a low-temperature environment in space.

Can you give an example of how 3D printing can be used in future space missions, such as colonizing Mars?

The key to colonizing anywhere is bringing tools and living off the land. If we’re going to colonize Mars, we absolutely have to have the ability to do manufacturing there and ideally using local materials. What we’ve been doing in space for the last several years is developing manufacturing technology that can work off of Earth. By the time we move to Mars, larger versions of these 3D printers can be used to lay foundations and build out our habitat there.

Speaking of Mars colonization, Elon Musk has said he wants to send one million people to Mars by 2050. Do you think that’s a realistic timeline?

I think 2050 is a realistic target. I’m very excited about returning humans to the moon in this decade. I think once we return to the moon, it’s realistic to say that Mars is within our reach in another 10 years.

Made In Space was the first company to send a 3D printer to the ISS (in 2016). How has 3D printing in space evolved in the past four years? Have you had any notable competitors?

We’ve had some governmental competition. 3D printing is a high interest to the European Space Agency (ESA). Russia has done some experiments in this area. So has China. And we’ve seen other companies in the U.S. that are very interested, too.

How has COVID-19 affected your company, whether it’s R&D or the business side of things?

COVID-19 has obviously shocked every aspect of our personal and professional lives. We’re not immune to that at all. We’ve been extraordinarily fortunate to have customers, especially NASA.

We’ve been trying really hard to make sure that we’re continuing to execute our visions while doing that in a way that’s as safe as possible for our team and other organizations we work with. 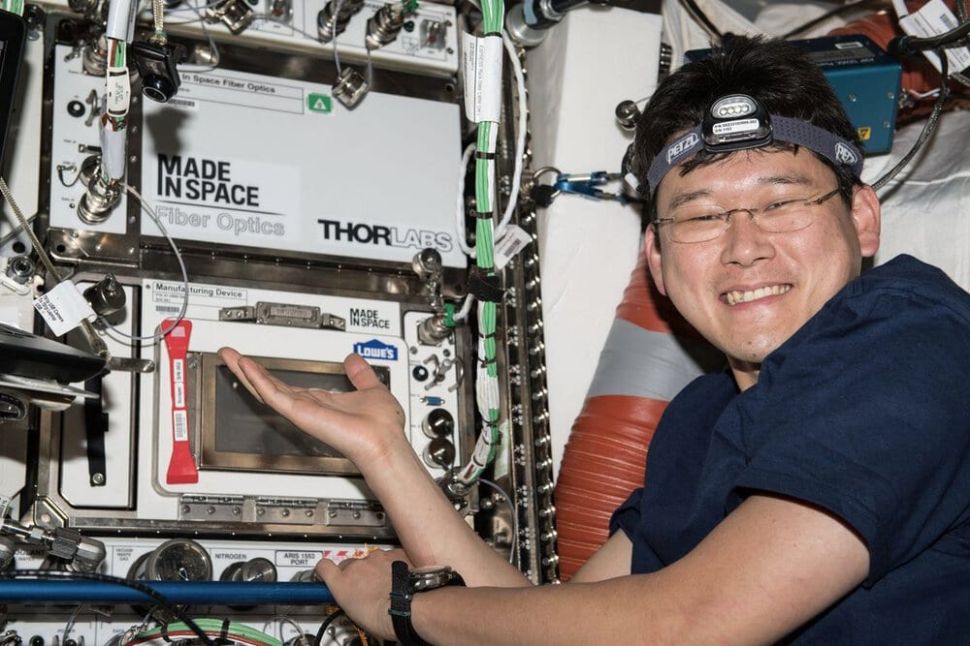