This weekend, New Yorkers contemplating the oncoming bleak winter months have the opportunity to take in a new piece of public sculpture that might help them re-contextualize things. Light of Freedom, made by the Bronx-based artist Abigail DeVille, is a new commission made for the Madison Square Park Conservancy that will be on display from October 27th through January 31st. The artwork is a reimagining of the Statue of Liberty’s torch informed by DeVille’s deep inquiries into the state’s legacy of slavery and the origins of democracy. DeVille’s torch is filled with mannequin arms that reach out to the viewer, and it’s surrounded by a golden scaffold that points to the virtue of labor and the city’s omnipresent construction sites.

The work is also deeply informed by the abolitionist Frederick Douglass, and by the necessity of acknowledgment of the historical struggles that have brought the country to its 2020 present. “In my research, I have found that the first Blacks to be brought to New York City were eleven Angolans in 1626,” DeVille said in a statement. “That makes people of African descent the second-oldest group of settlers in New Amsterdam, after the Dutch. Unfortunately, history has erased the contributions and victories of this group. I want to make something that could honor their lives and question what it means to be a New Yorker, past, present, and future.”

By directly referencing the iconic image of the Statue of Liberty’s hand holding a torch, which was displayed in Madison Square Park from 1876 to 1882 and which indelibly represents liberation to every American citizen and aspiring American citizen, DeVille is also challenging us to look hard at the flimsiness of the lies we’ve been told about who has been allowed to be truly free. 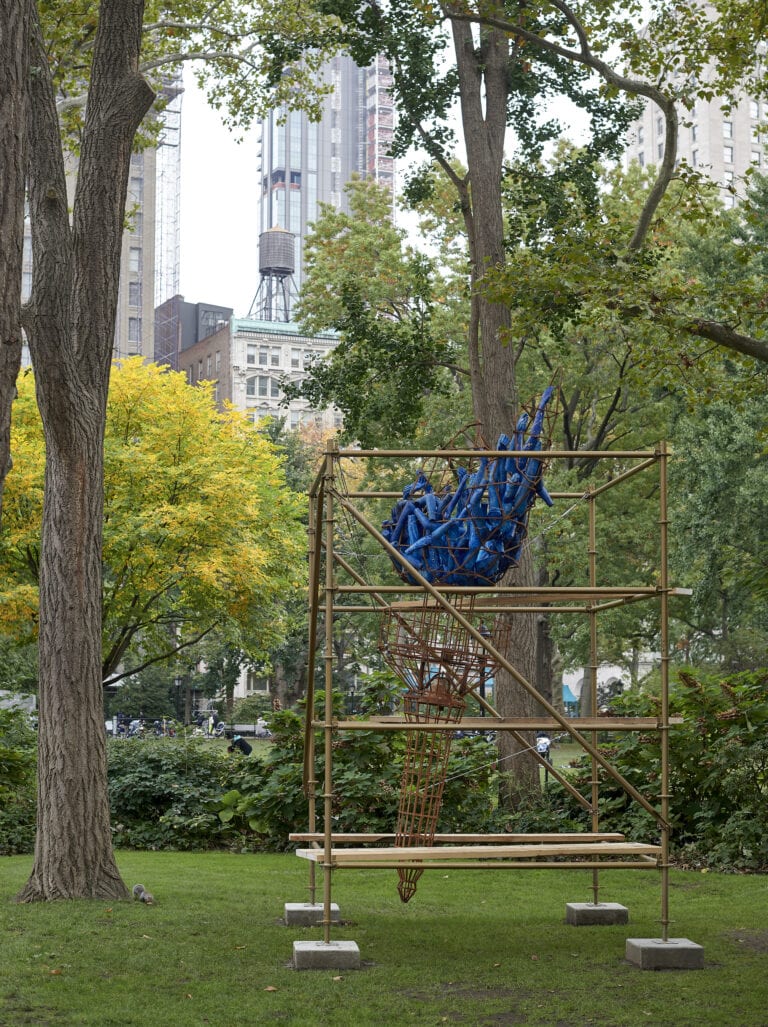