Is the film industry as we know it facing the beginning of the end? Probably not. Movie theaters have survived everything this world can throw at them over the last century. They aren’t going extinct anytime soon. But the coronavirus pandemic has undoubtedly wreaked unprecedented havoc and put them in a precarious position.

Earlier this week, global exhibitor Cineworld announced that it is suspending operations in the U.K. and U.S. indefinitely, which will affect 45,000 employees and close 536 American locations. The news forced a major stock tumble across the exhibition board with analysts warning that rival AMC won’t survive another six months at this rate. Just last week, the National Association of Theatre Owners appealed to Congress for financial relief. With 2020 soon to be vacated of all blockbuster titles, the situation is only growing worse by the day.

As we stare off into the unknown brought upon by COVID-19, it’s impossible not to wonder about the future of the movie industry and what new shape it might take.

Thanks to the pandemic, the U.S. box office is on pace for historic lows in 2020. While movie theaters will always exist for blockbuster debuts, it will be impossible for the industry to escape this year unscathed.

“The number of movie theaters that will close on a permanent basis will be directly proportional to how long it takes the U.S. to stomp out the virus,” Jeff Bock, Senior Box Office Analyst at Exhibitor Relations, told Observer.

Warner Bros. hoped the allure of Tenet from Christopher Nolan, arguably the biggest blockbuster directorial draw working in Hollywood, would attract audiences back into theaters. But with 80% of America’s exhibitors open over the last month, Tenet has managed just $45 million in ticket sales. Unsurprisingly, WB has since delayed its other major tentpoles such as Wonder Woman 1984, Dune, and even The Batman.

“The audience dictates the marketplace, not the other way around,” Bock said. “The overwhelming majority of traditional moviegoers just aren’t ready to experience films in theaters, no matter how good the films or how many cleaning upgrades a theater has made.”

Since the film industry is operating on an open-ended timeline without a clear return to normalcy in sight, it’s impossible to project how long this ordeal may stretch on. As such, it’s also difficult to estimate how many movie theaters may become casualties.

“Considering the number of moving parts, the incredible uncertainty of it all, it’s like trying to juggle while riding a unicycle on the deck of a rocking ship,” Paul Dergarabedian, Comscore’s senior media analyst, told Observer.

What is the future of movie theaters?

In the late 1990s, the exhibition business saw a rash of bankruptcies that cut the number of open theaters. The silver lining, however, was that it eliminated lower-tier theaters and, after a multi-year adjustment period, the theatrical business operated more efficiently. Today, however, with the elimination of the Paramount Consent Decrees that prevented film studios from also operating theater chains, we’re now operating in uncharted territory.

“We have to prepare for the inevitability that one of the major chains—AMC, Regal, Cinemark—may not survive if this goes into next summer,” Bock said. “Certainly though, there will be a buyer when Hollywood lines up its release schedule again. But who will that be? A major studio like Disney? Amazon? Netflix? Clorox?”

Despite the downward trend of brick-and-mortar operations in the streaming age, there will be a line of buyers when Hollywood fires up its release schedule once more.

“If you’re betting on the long game, you would want to invest in the movie theater,” Dergarabedian said. “People have tolled the death knell of the theater for decades and it always seems to bounce back in a different guise. I’m not naive enough to think there’s not going be a long-term impact, but I’m not willing to say it’s game over.”

Amazon has been rumored to be a potential takeover target should AMC declare bankruptcy. The conglomerate also owns popular video game streaming app Twitch and could push theaters into the live gaming arena, which appeals to younger demographics. Disney could start amassing theaters in order to provide a combo experience that combines ESPN and live sports. It isn’t unfathomable that Apple might want to create a theater chain in the mold of their stores, Dergarabedian argued. He envisions “clean, streamlined spaces with the ability to mix and match Apple subscriptions that blend the big and small screen.”

“I think we’re going to see many innovations in the movie theater space from the unlikeliest of sources,” Dergarabedian said. Whether or not those innovations will be healthy for the industry remains to be seen.

Fewer theaters, fewer screens, and potentially drastically different ownership? As the film industry evolves and adapts, our metrics of success and failure may need to as well. Can the post-COVID world produce an Avengers: Endgame or Avatar sized box office hit? Or do we need to readjust our monetary expectations in a newly remade ecosystem?

Box office experts have stressed that Tenet is playing the long game with an extended release that de-emphasizes opening weekend numbers. But that rails against the Hollywood business model of the last 30 years. It will be difficult to disavow ourselves of common practices of the modern box office era.

“Hollywood has known for a long time that most blockbuster films don’t have staying power past the first couple weekends,” Bock said. “At their core, most of them are as flimsy as their cardboard standees. Plus, there’s always something shiny and new coming soon, front-and-center, and the hard truth that the industry learned is that when that sort of assembly line distribution isn’t available to movie patrons, most films, like Tenet, will wither under the bright lights.” 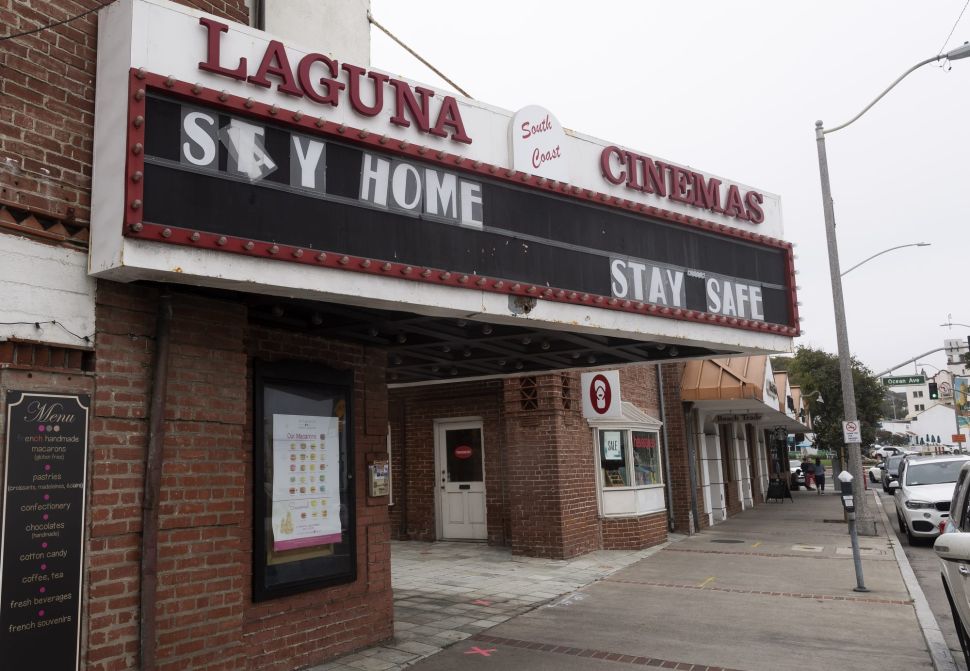