We should have known 2020 would be an unprecedented year for the film industry long before the coronavirus pandemic upended life as we know it. Back in January, streaming service Hulu and production/distribution company Neon teamed up to strike a massive $22 million deal for the worldwide rights to Andy Samberg’s Palm Springs out of the Sundance Film Festival. Unbeknownst to all involved at the time, the big dollar acquisition would set the tone for the remainder of this record breaking year.

With COVID-19 forcing theatrical closures across the world, studios quickly began selling major films to streaming services for big totals. Netflix spent $20 million on Paramount’s The Lovebirds and dropped $30 million to acquire Zendaya and John David Washington’s Malcolm & Marie, a film that cost about $1 million to make. Apple TV+ spent $70 million on Tom Hanks’ Greyhound while Disney+ gobbled up Lin-Manuel Miranda’s Hamilton for $75 million. Amazon set the record with Eddie Murphy’s Coming 2 America (give or take a No Time to Die) at $125 million and also made a huge move for Borat Subsequent Moviefilm, which was originally supposed to enjoy a theatrical release through Universal.

Amazon reportedly paid $80 million for the Borat sequel, which star Sacha Baron Cohen was determined to distribute prior to the presidential election. Given the state of theatrical moviegoing (read: not good), Universal did not feel up to the box office challenge and allowed Baron Cohen to seek alternative buyers. Netflix and Apple may have also been involved in the bidding war, though that remains unconfirmed. (Netflix has scaled back its spending compared to rival streamers, but that’s a column for another day).

Per the report, Baron Cohen insisted on a streaming release as opposed to premium video on demand. This would sacrifice revenue in favor of reaching the most potential viewers. Amazon Prime does boast more than 150 million global subscribers. According to Prime Video, “tens of millions of customers” around the world streamed the Borat sequel in its opening weekend, which is as vague of a viewership statistic as we’ve been given by the notoriously tight-lipped streaming industry.

Borat Subsequent Moviefilm targets some of America’s most visible individuals in power in a satire that exposes the hypocrisy of American exceptionalism. It arrives 14 years after 2006’s Borat became a cultural and financial ($263 million at the box office) sensation. 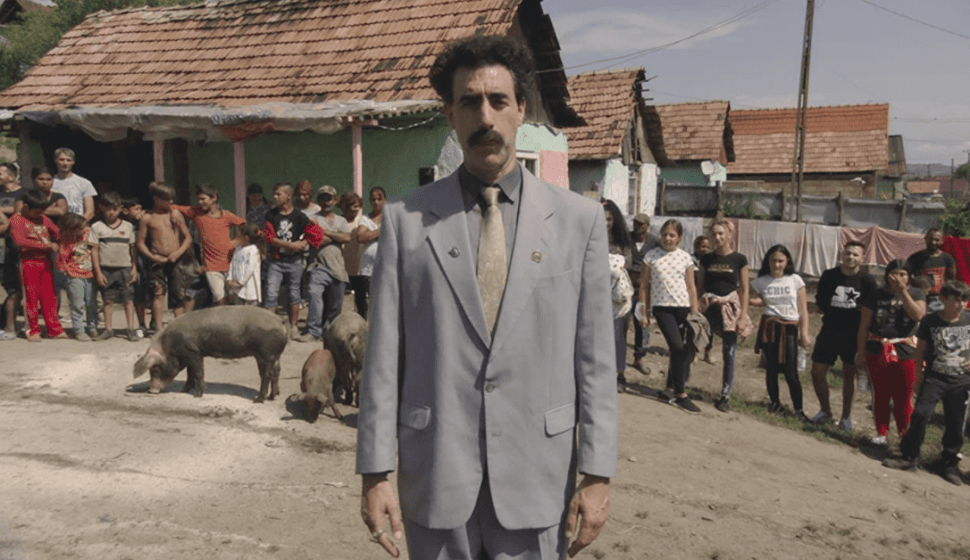