Top U.S. epidemiology expert Dr. Anthony Fauci said there’s no such thing as the second or the third wave of the coronavirus pandemic, because we were never really over the first wave anyway.

Speaking of a surge in daily COVID-19 cases across the U.S. since last week, Fauci said it’s “more of an elongated and the exacerbation of the original first wave, because we never really cleared and got down to a very low baseline, which I would consider to be less than 10,000 cases per day, maybe just a couple thousand a day. The comments came during an interview during Yahoo Finance’s annual All Markets Summit on Monday.

COVID-19 cases in the U.S. began to spike last Thursday when more than 70,000 people tested positive in a single day. (New cases climbed further to 85,000 on Friday, marking the highest single-day infections since the coronavirus outbreak.) Until then, daily cases had hovered around 40,000 for about a month, up from the previous baseline of just under 20,000, which was still an alarmingly high level.

“If you look at the chart, we’ve never really had waves, in the sense of up and then down to a good baseline,” Fauci explained. “It’s been up and wavering up and down till now, we are at the highest baseline we’ve ever been, which is really quite precarious.

See Also: There Won’t Be Enough COVID-19 Vaccines in US—Who Will Get Them First?

“It’s kind of semantics if you want to call the third wave or an extended first wave,” he added. “No matter how you look at it, it’s not good news.”

Continuing reopening efforts across the country, along with the onset of cold weather, are believed to be the main trigger of the latest spikes in COVID-19 cases.

Fauci, the director of the National Institute of Allergy and Infectious Diseases (NIAID), said his agency’s priority now is to prevent “clinically recognizable disease,” or severe cases, since trying to stem all infections is simply unrealistic at this point.

While recognizing the fact that the country “has no appetite” for a strict shutdown again, Fauci stressed the importance of taking public health measures, such as mandatory use of face masks, until an effective vaccine comes along.

Dr Anthony Fauci, Director of the US Infectious Diseases Institute, tells #Marr President Trump was wrong to say the US is "rounding the corner" on #Covid_19 https://t.co/MxwjHCHqBq pic.twitter.com/6t39QCMjQ6 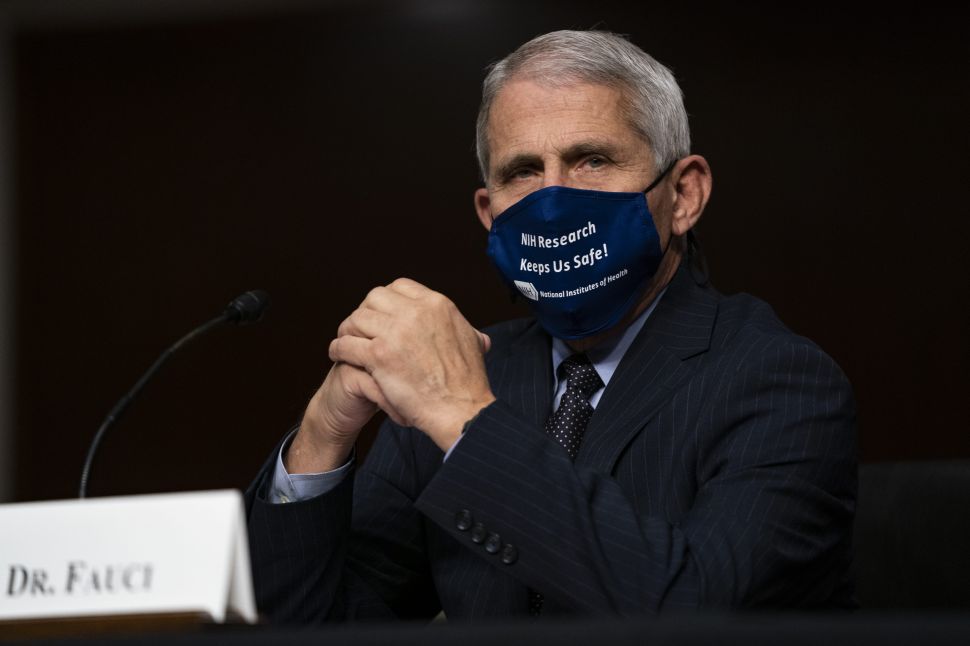