As of late, a few things have become cool again: dad sneakers, flip phones and now chess. Who knew that one of the nerdiest games of all time, typically reserved for old men in Central Park, would make a sexy comeback?

Anya Taylor-Joy is the new star of the new drama series The Queen’s Gambit, premiering October 23 on Netflix. The story is based on a coming-of-age novel by Walter Tevis written in 1983, which details the story of a chess prodigy named Beth Harmon, who wins her way to the top of the world championship in Russia after escaping an orphanage and outsmarting the rest of the players in this male-dominated field. At the same time, she struggles to battle her inner demons, falling victim to alcohol and tranquilizers. The Queen’s Gambit (the name of a well-known chess move), taps into the zeitgeist of the time the series is set, the 1960s, from women’s lib to hippie culture and Russia-US relations during the height of the Soviet Union.

Taylor-Joy rose to fame after her breakout role in horror flick The Witch in 2015, which set her as the queen of spooky horror for roles to come, be it as an AI bot in the sci-fi film Morgan, to an abducted teen in the psychological thriller, Split. She also stars in the recent Marvel’s X-Men series The New Mutants, has been cast as a young Furiosa in the prequel to Mad Max: Fury Road (announced after we did this interview), and next up, she stars alongside Björk and Nicole Kidman in The Northman, a Viking film set in 10th century Iceland directed by Robert Eggers, as well as horror film Last Night in Soho, both expected next year.

Until then, Taylor-Joy spoke to us about breaking into the boy’s club, genius alcoholics, Russia and the stigma of the female genius onscreen.

Observer: Did you even know how to play chess going into this?
Anya Taylor-Joy: No, not prior to beginning this odyssey. I’m very grateful to say my knowledge of chess came from people that are revered as chess gods. I got infected with the chess bug. I have mad respect for the game.

So what kind of research did you do for this role? Chess is such a boys’ club, and this a story about a woman who outsmarts them all.
Unfortunately, if you look through history, everything has been a boys’ club. Of course, it pertains to chess. But even now, we’re struggling to break the constraints. One of my favorite things about Beth is she exists kind of outside of society, so she genuinely is baffled whenever people bring up her gender. She doesn’t understand why it has anything to do with her independence. I do think that’s a nice message to send, one where she lives in a society where gender or how you identify doesn’t dictate the moves you’re allowed to have.

Is there a stigma behind playing a female genius onscreen? Do you see that?
Absolutely. I’m an avid reader. I’m reading a book about the construction of alcoholism in gender. Male writers, [in] Paris in the 1920s, they were alcoholics, but they were geniuses. They were brilliant. But female alcoholics were not spoken about. We put that away, we don’t see that; we don’t look at that because it’s not pretty and it’s not interesting. That really bothered me. I’m glad Beth’s addiction shows it’s a problem for everybody. Just because you’re a boy doesn’t make it sexy. It’s still a problem.

But despite her alcoholism, Beth stays in control of her chess talent in a way?
Something I found interesting in my research with addiction is whatever it was the addict was using, at some point, it worked. Otherwise, they wouldn’t use it. Whatever it is, at some point, that substance was working. The difficulty with that is that people say addicts either end up in rehab, in jail or dead. There’s no way for it to be sustainable. Whatever that addiction is that you’ve been keeping, once that is thrown off, when it goes off the rails, that’s when you have to figure it out.

Do you think watching the show, that it takes something nerdy like chess and makes it cool again?
There certainly were moments where we were onset and people would say, why are you so stressed when you look so sexy right now? That’s just weird. Anything you bring an intensity to has the power to be sexy or cool. I think chess is very cool, personally. Its something people are willing to dedicate so much work and passion about, I find that very sexy and cool.

Is part of that in you as an actor? Your drive as an actor?
The way Beth feels about chess is basically exactly how I feel about my art. Literally, I breathe it, I think about it all the time, it’s the thing that most excites me. I definitely nerd out over what I do. And every aspect of it, as well. I’m always looking for more.

What makes you feel like you were meant for acting?
I don’t know what it was. I will say the longer I do it, the more I think: Ah, I have a very particular set of skills that would be completely useless elsewhere. That is, other than if I’m an artist. I don’t know where else having short term memory or doing intricate, long chess sequences in five minutes would get me, or help me in the world. I feel grateful I’m given the opportunity to do what I do.

How important is Russian-American relations in the film? Is Beth used as a pawn in politics?
Any sort of love for Russia, especially in the 1960s was seen as dangerous. But since her great passion in life is chess, and it’s the place where Russia is taken the most seriously, especially at the time, where people were paid to play chess, I think she has a deep fascination with Russia and deeply connects with the people. They love the thing she loves the most. While the politics are going on around her, her love and respect for the country and the game she loves, is excited. It’s her biggest goal to go to Russia, but she’s terrified.

Is it a story about women’s empowerment? How difficult was it to be a feminist in the 1950s and 1960s?
I think it is. What I noticed about the story is that Beth is a feminist in a way that a lot of people are. Unfortunately, the word has a stigma, but if you take the word away, the meaning of feminism just means that all genders are created equal, and that everyone is allowed to want what they want. Beth is lucky because she grew up outside of the societal norms that said “You’re a girl in the 1950s, this is what you’re allowed to want.” She just wants what she wants and doesn’t apologize for it. I hope people connect with her mindset. I, for one, find that period of women’s history fascinating. I didn’t think it would pertain to the part, but Beth is just naturally is a feminist.

Last question, what was it like working with Björk in The Northman, the new Viking film set in Iceland you filmed with Robert Eggers?
I can’t talk about that yet. But maybe next time! 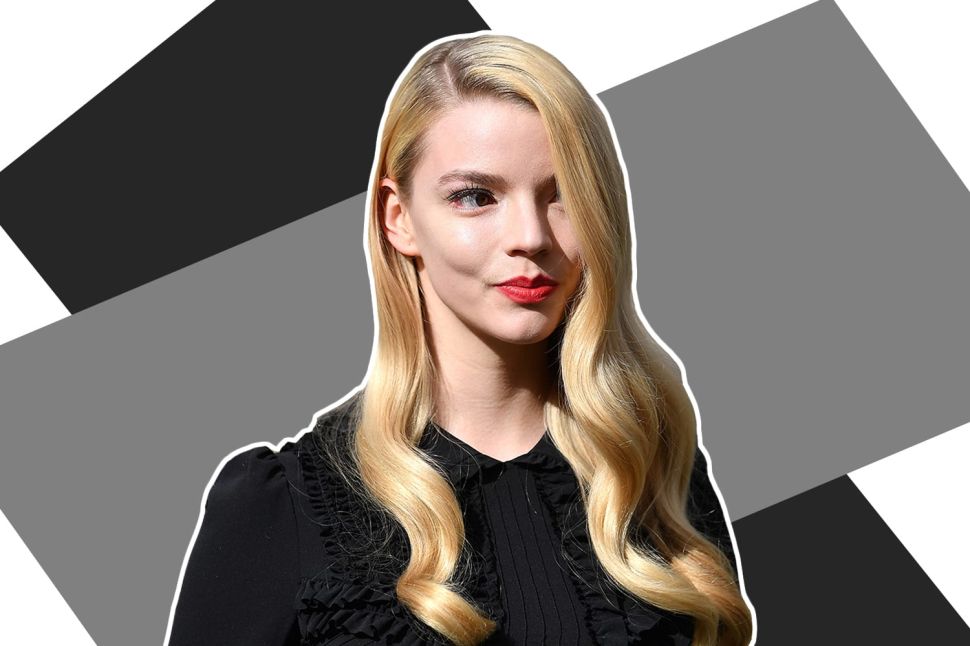