Our collective cultural obsession with assassins has played itself out repeatedly on the big screen. Sometimes it’s to clever, existential effect, like in Grosse Point Black or John Wick, and sometimes it’s just a character murdering people for the sake of bloody spectacle. Ava, director Tate Taylor’s latest effort, aims to be the former, but often finds itself struggling to find a narrative purpose.

Starring Jessica Chastain as the titular character, a globe-trotting, black-ops assassin who is battling some hefty personal demons, Ava sets itself up with an interesting premise, offering a protagonist who doesn’t kill without first questioning whether the death is deserved. In the opening sequence, as a wig-clad Ava poses as a driver at the Paris airport, we discover that she’s a ruthless killer, but also one who wants justification for her actions. Before shooting her first target, a lecherous and corrupt businessman, she asks if he did something bad. “They wouldn’t have sent me if you didn’t,” she says.

The credits that follow serve as our quick-fire backstory on Ava, a former high valediction voted “Most Likely To Succeed” who went off the rails after a DUI incident. She joined the military, was honorably discharged and took up arms with a mysterious organization that’s never really explained—all we know is that they send Ava to off people all over the world. Her handler Duke, played with gusto by John Malkovich, is a stand-in father figure for Ava, who attempts to reconcile with her real family in between missions. It’s all a bit by-the-book, with every detail seemingly present to explain why Ava is the way she is. But making her a recovering alcoholic whose gambling addicted ex-boyfriend (Common) is now engaged to her sister (Jess Weixler) isn’t so much interesting or telling detail as it is clichéd.

After a mission in Riyadh goes amiss, Ava finds herself the target of her own organization, led by Colin Farrell’s Simon, who inexplicably wants Ava out of the picture. The plot cuts between compelling moments of high-intensity action and Ava’s mopey attempts to re-reconnect with her family, including her mom (an underused Geena Davis). Throughout, Ava isn’t sure if it’s a pensive character study or an full-on action movie, and the movie never quite makes up its mind by the time it comes to a fight-to-the-finish close. It does, however, answer the question: Who would win in a fight between Colin Farrell and John Malkovich? (The answer won’t surprise you, but it will disgust you.)

Despite the limpness of the plot and the half-hearted character development, Chastain gives the movie her all. She’s endlessly watchable, especially when fighting, and Taylor doesn’t make her overly glamorous in every scene. By the end of Ava’s journey, she’s beaten down, bloody and content to wear a hoodie, and it’s refreshing to see a female action lead who doesn’t have to look pretty or wear heels for an entire movie. Chastain does her best, too, with the limited motivation given to Ava, a woman who is able to kill 41 people for money but who can’t resist the bottles in her minibar. There’s a compelling story in there, but Ava never quite reaches for it.

Assassins are inherently interesting because they allow us to live vicariously through a fictional persona. Could we blindly take the life of another human? What would it be like to be able to do that without real emotion or repercussion? At one point Duke tells Ava to stop questioning her subjects, reminding her, “Yours is not to reason why. Yours is to do or die.” And it’s thrilling to watch Ava when she lets go of those questions and takes down man after man. There are some interesting conundrums at the heart of this story, but the disjointedness of the script prevents Taylor from really exploring them.

Still, at a tight 90 minutes and packed with impressively well-choreographed fight sequences, Ava makes for some welcome entertainment. It’s a mindless watch, but also an exciting one with a good cast of likable actors. If it occasionally feels incomplete, sort of like a lost episode of Alias where Sydney Bristow becomes a glassy-eyed addict, that doesn’t matter in the end. The last shot is clever, a final wink that hints at what this movie could have been with a better script, and there’s real value to a B-list action movie that transports you out of reality for a few hours. And, no matter what happens, it’s helpful to know that things are going a lot better for you than they are for Ava.

Ava is out now in theaters and on VOD. 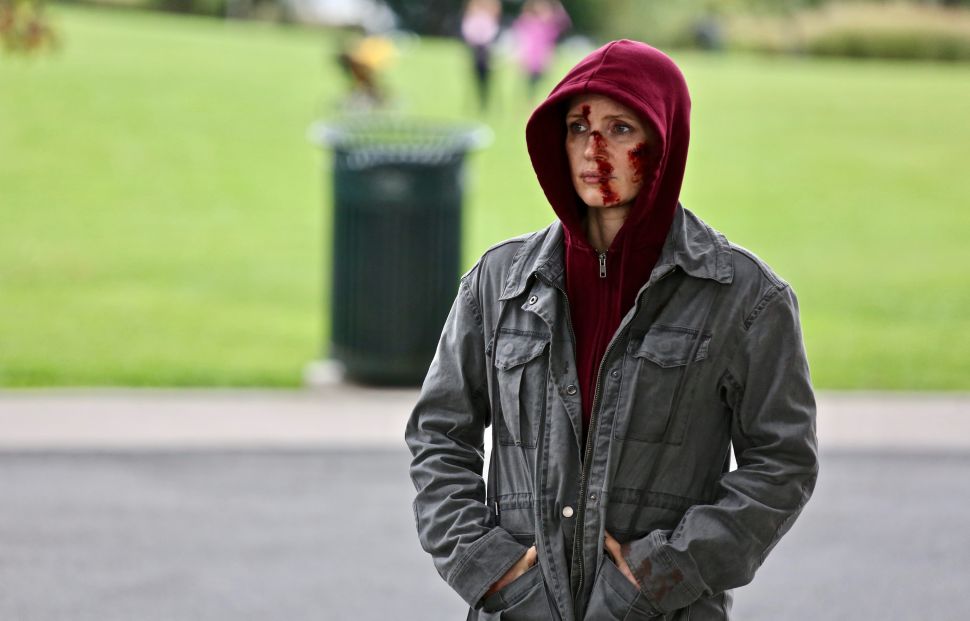