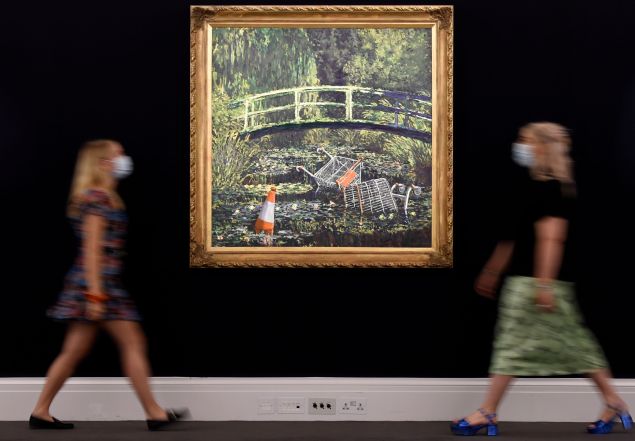 Show me the Monet by the artist Banksy at Sotheby’s in London. DANIEL LEAL-OLIVAS/AFP via Getty Images

Since the beginning of his career as an elusive and sought-after graffiti artist, Banksy has time and again come up against the central paradox that can be mentally taxing for many artists: even though he’s firmly and outspokenly anti-establishment, it’s undeniable that the establishment simply can’t get enough of Banksy’s work. Back in September, a rare proof of the artist’s Balloon Girl – Colour AP (Purple) sold for $1 million, and now, the artist has fetched an even bigger sum at auction. Show me the Monet, a Banksy re-imagining of Claude Monet’s Bridge over a Pond of Lilies featuring traffic cones and discarded shopping carts, has just sold at Sotheby’s for $9.8 million.

This marks the second-highest auction price Banksy’s work has ever fetched. The title of most expensive Banksy ever sold goes to Devoted Parliament, which was also sold by Sotheby’s for a record-setting $12,200,000. Banksy made Show Me the Monet in 2005 as a commentary on environmental pollution, and now, with a United States president who has pointedly and repeatedly rolled back numerous environmental regulations, the artist’s urgent message couldn’t be more relevant. “The real damage done to our environment is not done by graffiti writers and drunken teenagers, but by big business” Banksy said in 2005, according to Sotheby’s. “Exactly the people who put gold-framed pictures of landscapes on their walls and try to tell the rest of us how to behave.”

Banksy has expressed his open contempt for well-moneyed buyers of art in several different ways. He’s shredded his freshly-sold art in front of astonished auctioneers, and a few of his auctions at Christie’s have been called “I can’t believe you morons actually buy this sh*t.” However, the extremely high selling price for Show Me the Monet illustrates just how little art market players care about being mocked by Banksy, or about the social message his works contain. As long as his work remains lucrative and red-hot, his message will get lost in the noise. 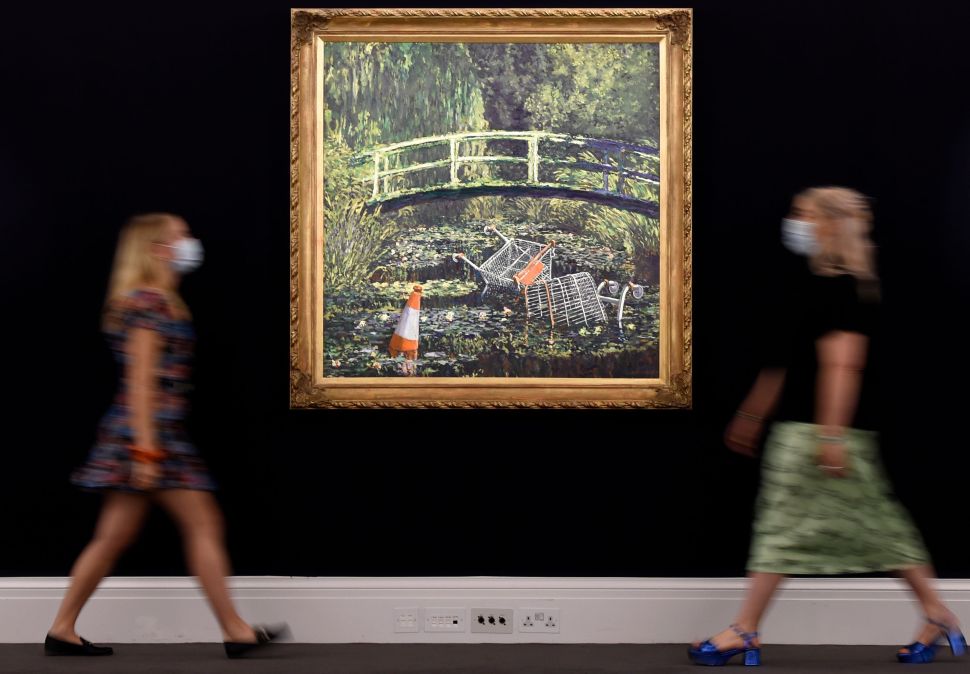