You’d be forgiven for going into Borat Subsequent Moviefilm skeptical. For one, the original mockumentary-style comedy Borat, released well into George W. Bush’s second term, felt like lightning in a bottle—a perfect confluence of a comedic talent on his come up, an earlier internet eager for viral videos and Punk’d-style comedy and a far less nuanced understanding of cultural sensitivity than we have today. With all that in mind, how could a Borat 2 ever really work in a way that didn’t cheapen or diminish the character?

The answer, it turned out, was by giving him a series of very specific, despicable targets to shred to pieces. The new film, which runs at a lean 96 minutes and takes Borat Sagdiyev (Sacha Baron Cohen, once again winsome as an outré, misogynist, anti-Semitic Kazakh journalist) around the world to restore his nation’s honor. (Borat 2‘s full title is Borat Subsequent Moviefilm: Delivery of Prodigious Bribe to American Regime for Make Benefit Once Glorious Nation of Kazakhstan.) He is joined by his daughter Tutar (Maria Bakalova, aka “Irina Nowak” in earlier teases), and together they seek to ingratiate their country to current members or surrogates of the American executive branch: “McDonald” Trump, Mike Pence and Rudy Giuliani.

How they do that exactly is well-worth the journey of watching yourself, but suffice to say that a number of Sacha Baron Cohen’s trolling antics amid this year’s coronavirus pandemic make a lot more sense once you watch the film. It uses the father-daughter bonding conceit of Borat and Tutar’s relationship to frame the misadventures that have trickled their way into tabloid news reports.

The far-right rally Borat crashed in Olympia, Washington, where he staged a singalong and egged the audience onto chants about injecting kids with the “Wuhan flu“? Look forward to meeting the dudes Borat arrived with. That time earlier in the COVID-19 pandemic when he crashed Mike Pence’s speech at CPAC, dressed as Donald Trump? Documented spectacularly. His run-in with Rudy Giuliani where the former mayor and Trump surrogate called the cops on a guy in “a pink transgender outfit“? Just wait till you watch the full hidden camera footage. (For those who don’t want to wait to watch the film, this is what happens.)

Bakalova, through all of these proceedings, is a revelation as his daughter—an increasingly capable comedic foil who brings a surprising warmth to the role. Tutar’s subplot has her fight for her own agency, a modern spin on the Borat formula that Bakalova sells completely. Borat changes over the course of the film, but it’s Tutar who you’re rooting for, which is probably the film’s best measure of success. The trolling stunts are real, but their characters are fictional, after all.

Because the backdrop is real, of course, much of the film finds humor in situations that are, of course, not that funny. Borat interacts with a string of strangers in the middle of a pandemic, to say nothing of Tutar’s arc, which places her in a series of uncomfortable situations with conservatives, racists and pro-lifers where the subjects of the joke are her body and her agency. For all its laughs, Borat Subsequent Moviefilm‘s critique is laser-focused on some of the most serious problems Americans face domestically: authoritarianism, misogyny, bigotry, conspiracy theories and the government’s terrible response to the coronavirus.

It’s inevitable that, like the first Borat, plenty of people will probably not jibe with Borat Subsequent Moviefilm. Followers of Qanon will find themselves mocked, correctly. Mike Pence’s face will likely mirror his frown during the film’s CPAC scene. Rudy Giuliani, forever, will hate that this movie exists.

And frankly all that alone would justify its existence, but Borat Subsequent Moviefilm doesn’t settle for that. Underneath it all it’s got an empathy and an urgency the first Borat seemed to lack, thanks to its focus and the family at its center. That’s very nice. 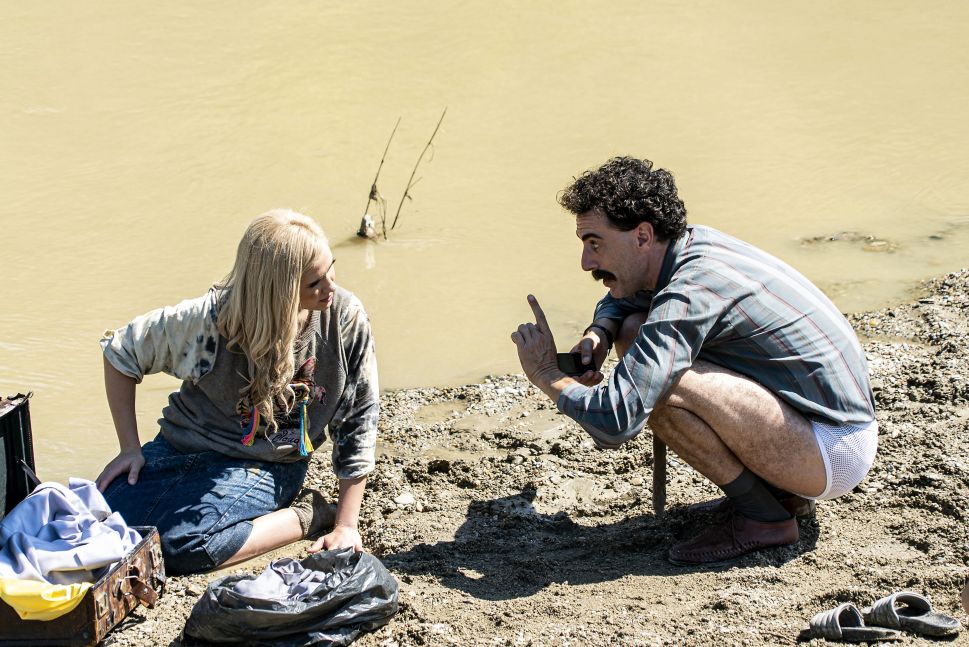