Yesterday, the Avengers assembled! Not to save the world from Thanos or Loki, but to defend Chris Pratt from an internet meme, and from accusations of homophobia. Bringing together the greatest super team the world has ever seen to stomp out some snarky and justified Twitter pushback is clearly overkill, and as sometimes happens in asymmetric warfare, the mighty and powerful tripped over their big guns and ended up face-planting in the mud. They also, unfortunately, did little to reassure LGBTQ+ fans, or to show those fans that they are welcome when in the MCU.

SEE ALSO: Is the Marvel Cinematic Universe Too Big to Fail?

The internet meme that ambushed and bloodied Pratt was posted by filmmaker Amy Berg. She tweeted “One has to go” above pictures of Chris Hemsworth, Chris Pine, Chris Evans and Chris Pratt. Pratt was overwhelmingly chosen as the least appealing Chris. This was mostly because, as actress Ellen Page tweeted in 2019, Pratt is associated with churches that oppose LGBTQ+ rights. The Hillsong megachurch, where Pratt has attended services, urged members to vote against marriage equality in Australia in 2017. The pastor at Pratt’s regular place of worship, Zoe Church, was executive producer for a film that presented homosexuality as “sexual brokenness”.

Hollywood megachurches are often leery of acknowledging anti-LGBTQ+ bias. They generally say they love and welcome all people, without making it clear that LGBTQ+ people who attend are expected to be celibate or closeted, or are discouraged from transitioning.

Pratt has followed this circumspect blueprint in his own denials. He’s said that his church has “helped me tremendously offering love and support. It is what I have seen them do for others on countless occasions regardless of sexual orientation, race or gender.” He also said: “My values define who I am. We need less hate in this world, not more. I am a man who believes that everyone is entitled to love who they want free from the judgment of fellow man.”

Notably missing from these statements is an affirmative support for LGBTQ+ rights. Vague statements about love not hate could easily mean that Pratt loves the sinner but hates the sin, a common evangelical Christian homophobic formulation.  Similarly, insisting that people can love free of the judgment of man doesn’t preclude God or the church judging and telling its members to vote against marriage equality.

One has to go. pic.twitter.com/HUWnbQOA43

This is where Pratt’s Marvel Cinematic Universe co-stars come in. Pratt in the past has not done a great job of defending himself from accusations of homophobia. So, in the wake of his being declared the worst Chris, his friends rallied around to try their super-hand.

Robert Downey, Jr., the MCU’s Iron Man, wrote on Instagram that “the ‘sinless’ are casting stones at my #brother, Chris Pratt… A real #Christian who lives by #principle, has never demonstrated anything but #positivity and #gratitude…” Mark Ruffalo, the MCU”s Hulk, added on Twitter that Pratt, “is as solid a man there is. I know him personally, and instead of casting aspersions, look at how he lives his life. He is just not overtly political as a rule.” Zoe Saldana and Pratt’s wife Katherine Schwarzenegger also offered support.

Again, despite all these accolades, no one was willing to say clearly that Pratt supports LGBTQ+ rights. It is entirely possible to be positive, grateful and not overtly political, and also to think that LGBTQ+ people should not be allowed to be married, or to believe that they are going to hell. You can hold bigoted views and be kind to coworkers, friends and even to strangers.

People rated Pratt the worst Chris specifically because he is associated with churches that are bigoted. His friends responded by insisting that he’s a nice guy. It may be true, but it doesn’t address the issue at hand.

It also raises the question: If they weren’t going to address the issue at hand, why did Ruffalo, Downey, Jr. and others feel a need to weigh in at all? As many people pointed out on Twitter, Ruffalo and Downey, Jr. did not rush to protect their MCU co-star Brie Larson when she was deluged with misogynist hate for daring to be a female superhero and speak out again sexism in the movie industry.

Feminist philosopher Kate Manne has argued that in our culture there is a powerful impulse to “himpathy.” By this she means that people tend to empathize with and identify with powerful men, and to want to defend them. Chris Pratt is a wealthy, successful heterosexual white movie star. The people criticizing him are mostly much less powerful, not famous and in many cases queer. Ruffalo and Downey, Jr. are of course friends with Pratt personally. For them the harm of being made fun of in a meme, and of being called out for bigotry, looms much larger than the consequences of systemic homophobia. Thanks to the topsy-turvy effects of himpathy and personal ties, Pratt to them seems like the victim, and so they feel they need to swoop in to save him, superhero style.

Himpathy and heterosexism aren’t inevitable. Don Cheadle, who plays War Machine in the MCU, defended Brie Larson when she was targeted by fans for sexist hate, and has notably not spoken up for Pratt. Ruffalo and Downey, Jr. could themselves talk to their friend, publicly or privately, about whether associating with these churches is really in line with his personal ethics of love and generosity. If his friends really want to protect Pratt, they should convince him to stop supporting homophobia. Until then, he will remain the worst Chris. 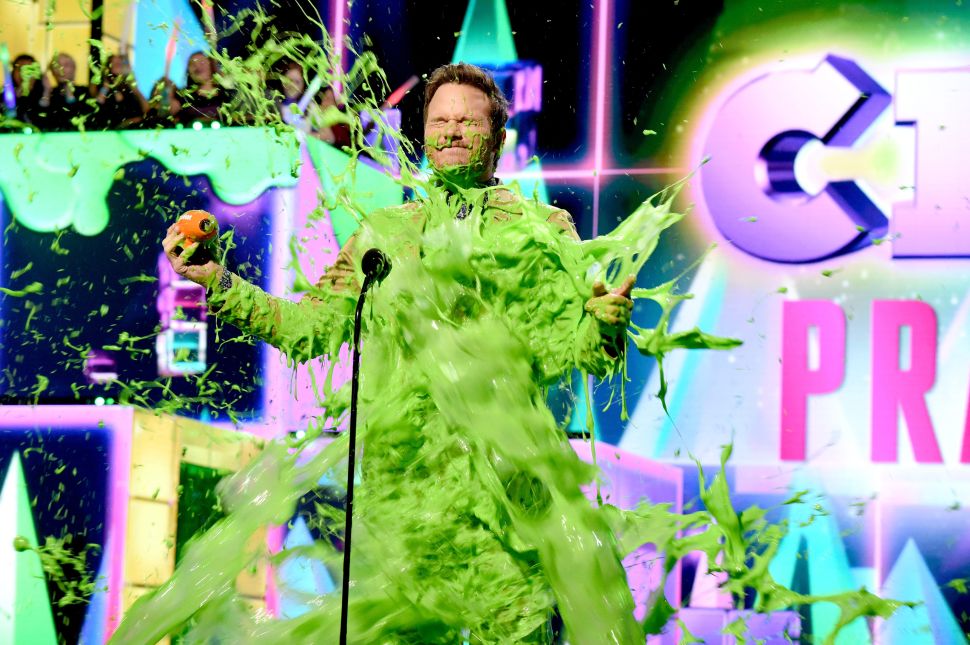