On Wednesday, Christie’s announced the sale of the elusive “First Folio” by William Shakespeare, establishing a new world auction record for any work of literature. The folio in question is a copy of Shakespeare’s Comedies, Histories, & Tragedies, first published in 1623 by Shakespeare’s friends John Heminge and Henry Condell, and it was published posthumously in order to commemorate the Bard’s eternally brilliant work. The Folio, which ultimately sold for an incredible $9,978,000, was purchased by Stephan Loewentheil, the president of Brooklyn’s 19th Century Rare Book and Photograph Shop. Comedies, Histories, & Tragedies contains an astonishing total of 36 of Shakespeare’s plays, including several works that might otherwise have been lost forever were they not compiled herein: Macbeth, The Twelfth Night, Measure for Measure, and Julius Caesar.

“William Shakespeare is incomparably the greatest writer in the English language and one of most important international cultural influencers in all history,” Loewentheil said in a statement. “The first Folio is the most important collection of plays ever published and revered throughout the world. It is an honor to purchase one of only a handful of complete copies of this epochal volume.” The Folio which was sold on Wednesday is the first complete edition of the book to appear on the auction block since 2001, when it was sold by Mills College in California for $6,166,000.

According to CNN, only 750 copies of the First Folio were originally produced after Shakespeare’s death, and only 235 copies of these original Folios are confirmed to have survived in the present. Among these surviving 235, only 56 copies are are confirmed to be whole, emphasizing the extreme rarity of a version which contains all of Shakespeare’s brilliant plays in their entirety. When you think about the possibility that Macbeth might have been forever lost to humans in the present day, you shudder to consider the bleakness of that possibility. Often auctioned items might come off as overpriced, but not this one. 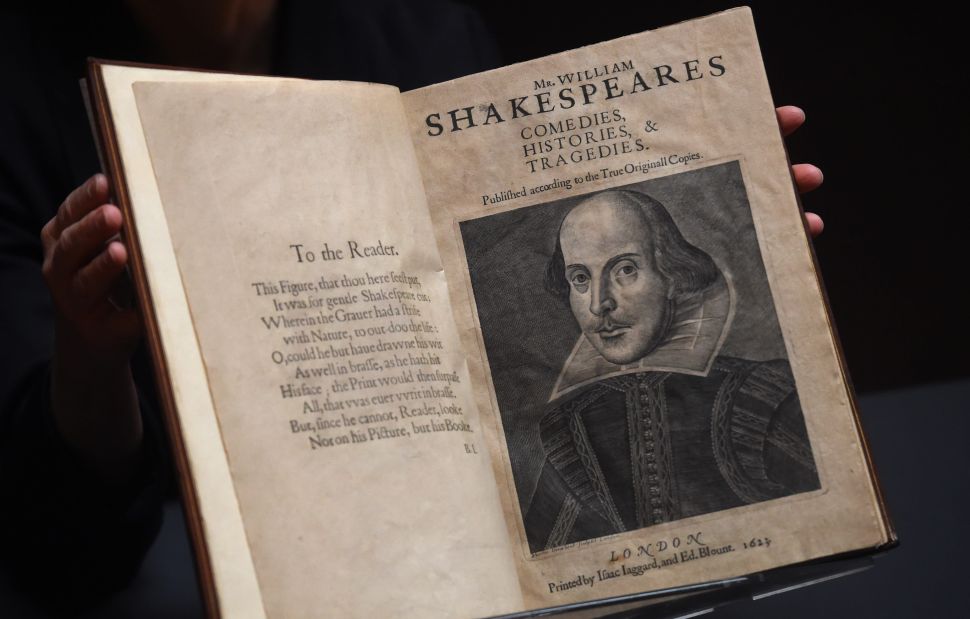