De Beers, the world’s largest natural diamond miner and retailer, is diving into synthetic stones, or lab-grown diamonds, an emerging jewelry category that the gemstone giant once despised.

After two years of construction and sinking nearly $100 million into the project, De Beers recently completed building 60,000-square-foot facility near Portland, Oregon, where it will begin mass-producing lab-grown diamonds. The diamonds will be marketed to Millennial consumers who are turning away from expensive, environmentally questionable natural stones.

The new factory, located in the city of Gresham in northwest Oregon, officially opened on Thursday. De Beers said it has the capacity to produce 200,000 carats of polished diamonds, or 400,000 pieces of diamond jewelry, a year. Those synthetic stones will be marketed under De Beers’ fashion jewelry brand, Lightbox. An exclusive collection will be sold by Blue Nile, marking the first time the 20-year-old jewelry retailer carries lab-grown diamonds.

“Manufacturing lab-grown diamonds in the U.S. was a goal from the beginning and we are so proud to have achieved it with this state-of-the-art laboratory in a region that has become a hub for advanced industries,” Lightbox CEO Steve Coe said in a statement on Thursday.

De Beers launched Lightbox in September 2018. Up until the opening of the Oregon factory, all Lightbox products have been made by De Beer’s industrial diamond subsidiary, Element Six, in the U.K.

Lab-grown diamonds are chemically and physically identical to their natural counterparts, but are significantly cheaper—also friendlier to the environment. Lightbox sells its diamonds for about $800 per carat, less than one-tenth of what a one-carat natural diamond would fetch even on wholesale markets. (In fact, Lightbox’s price is so low that some of its competitors have accused it of predatory pricing.)

“Our market research shows that consumers still have a strong preference in natural diamonds for milestone events like an engagement,” He told Observer in an interview in February. “When they saw lab-grown diamonds, they basically thought that it looked great. There was a lot of interest in that for everyday gifting occasions, like birthdays or the first luxury jewelry for a teenage daughter.”

Natural diamonds are formed deep inside Earth under extreme pressure and high temperatures and are brought to Earth’s surface by volcanic eruptions. Mimicking this process, De Beers creates lab diamonds by planting a “seed” into a plasma reactor, heating it to over 6,000 degrees Fahrenheit, and then pummeling it with carbon atoms. “Given the pressure required to create lab-grown diamonds, it’s akin to the Eiffel Tower being stacked on a can of Coke,” Coe told The New York Times in 2018.

This manufacturing process is extremely energy-consuming. So the low electricity costs in northwest Oregon made Gresham an ideal site to build a factory. The facility employs about 60 workers. De Beers has received a $300,000 state tax subsidy on the condition that it maintains current hiring levels. 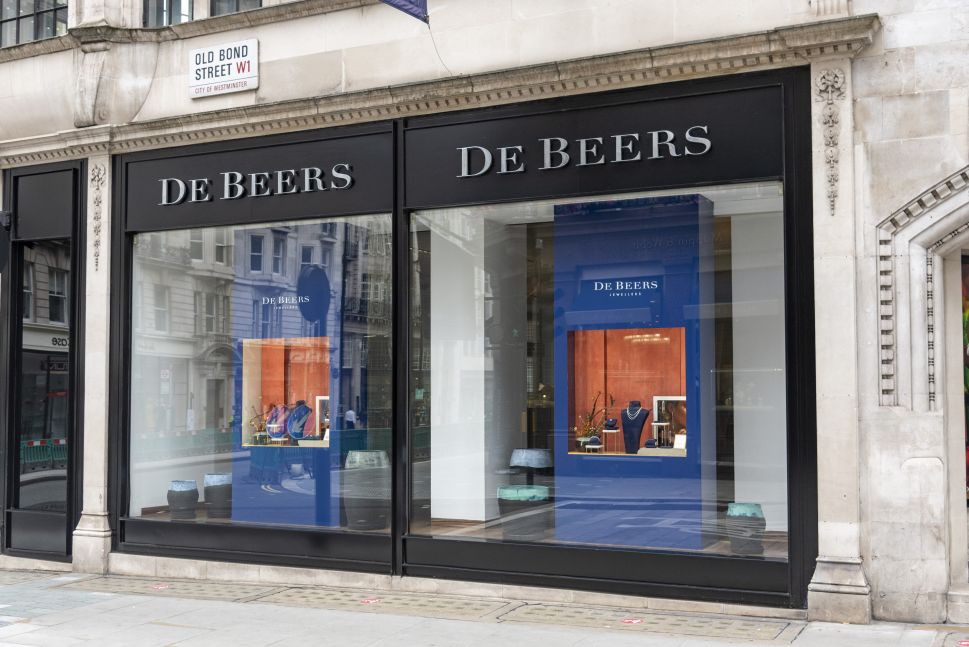