On Wednesday, Showtime announced that it was reviving its once dominant serial killer series Dexter for a 10-episode new season seven years after the show went off the air in disappointing fashion. One week prior, the premium cable network scrapped a planned second season for Kirsten Dunst’s On Becoming a God in Central Florida. Television cancelations are inevitable due to the coronavirus pandemic, and Dunst’s series—which required large crowds—may very well have been too far a logistical leap to continue. But the cancelation underscores the reality of who is and isn’t receiving opportunities to remain and return to the air in this unprecedented ordeal.

Take the case of Netflix, which has in many ways thrived in the pandemic. Of Netflix’s 23 most recent cancellations, 17 of them feature a female lead, a person of color in the lead role, or are LGBTQ-centric. While the trigger-happy streamer’s business model has always prioritized splashy new premieres to attract new subscribers as opposed to longer-running series with diminishing returns, it has been criticized for canceling a wide swath of shows that promote diversity. Series such as AJ and the Queen, Ashley Garcia: Genius in Love, I Am Not Okay With This, and Teenage Bounty Hunters were all given the axe after just one season. (Of Netflix’s 23 series orders in 2020, 12 are specifically female-focused).

After the GLOW cancellation, a reader of mine did a quick analysis of the 23 shows that have been cancelled by Netflix thus far. A theme, I think? pic.twitter.com/z6WWZpcWtb

Showtime also opted not to move forward with The President is Missing, a previously ordered adaptation of the political thriller co-written by Bill Clinton and James Patterson. David Oyelowo, the 44-year-old Black actor many considered to be a major Oscars snub for his role as Dr. Martin Luther King Jr. in 2014’s Selma, was attached to star. But it opted to bring back a series that ended with a universally panned finale, arguably one of the worst in recent memory?

TruTV reversed course on the criminally underrated I’m Sorry, created by and starring Andrea Savage, after initially renewing it for a third season. ABC canceled the Cobie Smulders-led Stumptown on September 16 after originally doling out a Season 2 renewal in May. The basic cable network is easily the most female-focused of the Big Four and has a diverse upcoming slate of newly ordered pilots and series. But blasts from the pasts such as a Wonder Years reboot don’t seem worth the price of more original fare like Stumptown.

There’s no doubt that the pandemic has transformed certain productions into high-risk undertakings and that, in certain instances, cancellations are the safest and most economically responsible decision. But COVID has also brought on an even greater era of nostalgia in film and television. Troubled audiences binge-watch familiar old shows for comfortable escapism. New series without a built-in audience for the intellectual property are becoming increasingly difficult sells among the major TV players, even before the pandemic. There’s a reason HBO is developing House of the Dragon, a prequel to Game of Thrones (and the premium cable network’s first-ever spinoff series). Disney+ is largely bereft of must-see original content but its flagship series, The Mandalorian, which benefits from its connection to the Star Wars universe.

Television is becoming more fragmented by the day with a vast array of platforms to choose from. Yet ironically, this has led its decision-makers to retreat into the safety of pre-established brands and traditional on-screen leads. What should be a showcase for the next generation is instead becoming a time loop in which we reach to the past for recycled concepts and strategies. Experimentation and differences that stand in contrast to the decades-old status quo are no longer celebrated like they once were at the start of the streaming revolution. Many of the shows canceled this year were original properties—new intellectual property opportunities that offered open canvases for representation and narrative creativity alike. Canceling them only to revive corpses doesn’t feel like progress. 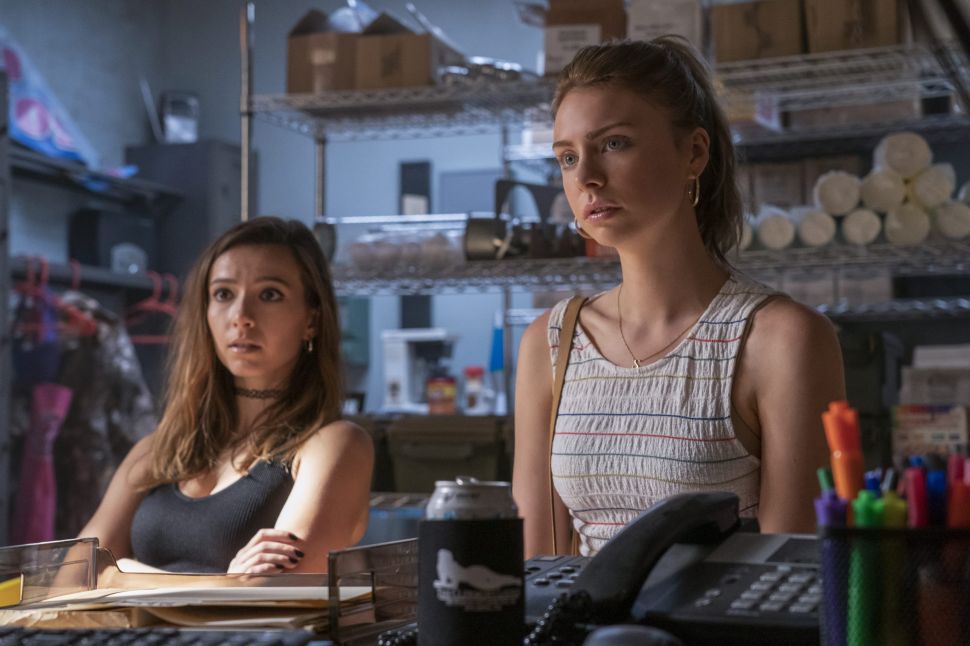