Sadly for movie fans, director Denis Villeneuve’s Dune, starring Timothée Chalamet, has been delayed from its original December release all the way to October 2021 as a result of the coronavirus pandemic. But that won’t stop us from speculating wildly about every aspect of the highly anticipated blockbuster feature. Today, we’re focused on the film’s box office prospects as the studio has ambitious plans for the property.

Warner Bros. and Villeneuve envision a two-film series to adequately adapt Frank Herbert’s iconic yet dense 1965 novel. On top of that, a spinoff series—Dune: The Sisterhood—has already been ordered at HBO Max. This puts an “enormous pressure” on the first film’s financial performance, according to Comscore Senior Media Analyst Paul Dergarabedian. He likens the situation to the first Lord of the Rings movie, a massively expensive endeavor that emphasized how important the launching pad is for new franchises. Both in terms of immediate monetary returns and the ripple effect of both prestige and whatever form the property takes in the future in terms of sequels, spinoffs, merchandise, etc. It all pays off that initial theatrical run.

“This is a huge brand with a major filmmaker backed by a very filmmaker-centric studio,” Dergarabedian told Observer. “Moving release dates doesn’t show a lack of confidence in theaters. It’s the opposite. It shows that Warner Bros. has confidence both in the long game and in the property as it would rather wait for theaters to return.”

One small silver lining that has emerged from the avalanche of blockbuster delays is a spike in buzz. In many ways, Dergarabedian argues, films are now receiving an even bigger run up because both the industry and mainstream public are talking about them for much longer. “Interest is off the charts,” he said. Assuming the exhibition industry is once again stable by the time of Dune‘s release, he has high expectations for the costly film. “This is a movie with the global potential of $1 billion. I can see this becoming that kind of film with worldwide appeal in the vein of James Bond.”

However, certain relatively new-to-screen or long-awaited concepts have struggled to get off the ground in recent years. Jeff Bock, Senior Box Office analyst at Exhibitor Relations, points to 2017’s Blade Runner 2049, the last collaboration between Villeneuve and WB, as a cautionary tale. It too was a cerebral science-fiction addition to a critically acclaimed property and yet it was a tremendous disappointment at the box office. 2049 earned just $260 million on a $150 million-$200 million budget. “No doubt Dune‘s budget is even higher, and obviously a lot more invested with a series and a sequel attached to it,” Bock said.

“It’s no secret that WB wants its own Star Wars franchise. So, for starters, to be successful on that scale you need to have cross-promotions and partners that will invest in your product. Unfortunately, Dune is not Star Wars in that sense. Target and WalMart aren’t going to be selling action figures and sandworms aren’t going to make their way into McDonalds’ Happy Meals anytime soon. Unfortunately for WB, hardcore sci-fi, even when adored by critics as 2049 was, is largely ignored by the multiplex masses.”

Blade Runner, Ad Astra and other cerebral sci-fi films have struggled at the box office. But the heady and decidedly non-blockbuster Arrival, also made by Villeneuve, outperformed expectations with more than $200 million worldwide against a $47 million budget. Gravity, starring Sandra Bullock, broke out in a big way with nearly $725 million on a $100 million budget. It’s not always easy to identify which upcoming sci-fi stories audiences will embrace and which will be met by a collective shrug of indifference.

“In terms of real numbers, [Dune] probably needs to get closer to $500 million worldwide to be a success for everyone involved,” Bock said. “And with the amount already invested in spin-off potential, the sequel will have to exceed that number, and not pull a Fantastic Beasts. That’s a huge ask for a dark sci-fi flick. This is a massive gamble for WB, but I suppose you have to go big, or go fortify your streaming content.” 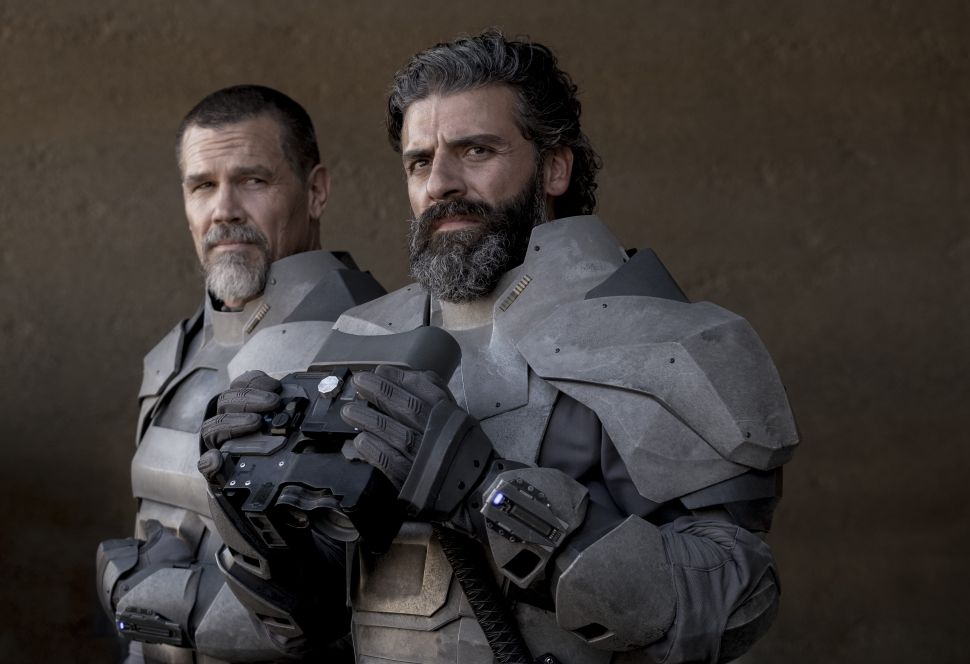