Last week, Universal delayed Daniel Craig’s final outing as James Bond, No Time to Die, until April 2021. Ironically, the concluding chapter in the latest iteration of 007 was the very first major blockbuster to postpone its release back in April. The fallout from this second delay has been swift and unmerciful. Global exhibitor Cineworld has suspended operations at all U.K. and U.S. cinemas due to a lack of fresh blockbusters and other chains may follow. With Tenet struggling at the domestic box office ($45 million) and key moviegoing markets such as New York and Los Angeles still closed, further delays are expected.

Ever since Warner Bros. moved Wonder Woman 1984 to Christmas, the industry has been waiting for them to delay Timothée Chalamet’s Dune. Opening major blockbusters within one week of each other simply isn’t practical. The problem, however, is that there isn’t much room on the backlogged release schedule for WB to find a viable opening weekend.

UPDATE 8/5: Warner Bros. has rescheduled Dune for October 2, 2021, according to Collider.

Should Warner Bros. throw in the towel on 2020, there are a handful of new release dates that might make a modicum of sense. The studio owns January 15 (Mortal Kombat) and January 29 (The Little Things) for films that won’t be coming out. Of course, that might not be enough of a delay for American theaters to safely return to normal. There’s also the problem that January is historically the lowest-grossing box office month of the year.

March 5 (Tom & Jerry) may be an option, but that shares a release with Sony’s Ghostbusters: Afterlife and sees additional competition such as Disney’s Raya and the Last Dragon (March 12) and Sony’s Morbius (March 19) arrive in the ensuing weeks. May 21 (Godzilla vs. Kong) could have been a prime new release date for Dune, yet with No Time to Die moving to April, Universal has pushed F9: The Fast Saga to May 28. That’s going to kneecap any film’s box office legs. Counting spinoffs, no entry in the franchise has opened to less than $60 million since 2006 and F9 is a good bet to threaten the $100 million mark.

As things stand now, the best option may not be ideal for WB and that’s moving James Gunn’s The Suicide Squad off of its August 6 release date in favor of Dune. The last biggie of summer in the quieter month of August has traditionally been rewarded decent box office longevity. That’s exactly why WB has The Suicide Squad in the same slot that its predecessor, 2016’s Suicide Squad, which turned a massive $134 million opening into $325 million domestic. There’s very little confirmed competition in the month outside of a mid-sized sequel in The Hitman’s Wife’s Bodyguard (August 20). The late summer release date may cap Dune‘s upside, but also potentially raise its floor.

As a December 18 release, Dune—directed by one of Hollywood’s top filmmakers, Denis Villeneuve—is perfectly positioned to take advantage of the valuable holiday movie season under normal circumstances. The Christmas corridor, with the whole family free and a relatively standard field of competition, has boosted ticket sales for blockbusters such as Star Wars, Dwayne Johnson’s Jumanji sequels and Aquaman in recent years. As a dense and cerebral sci-fi tale with an infamously failed movie attempt already on its track record, Dune needs every advantage it can get. Relatively new-to-screen concepts haven’t produced big bucks in Hollywood since The Hunger Games. Chalamet and the sprawling, ambitious concept are more of a draw as a prestige tentpole in the holiday season (again, under normal circumstances) as opposed to yet another standard popcorn blockbuster in a crowded summer season. Unfortunately for Dune and Warner Bros., maintaining the status quo looks increasingly unrealistic in the current marketplace. 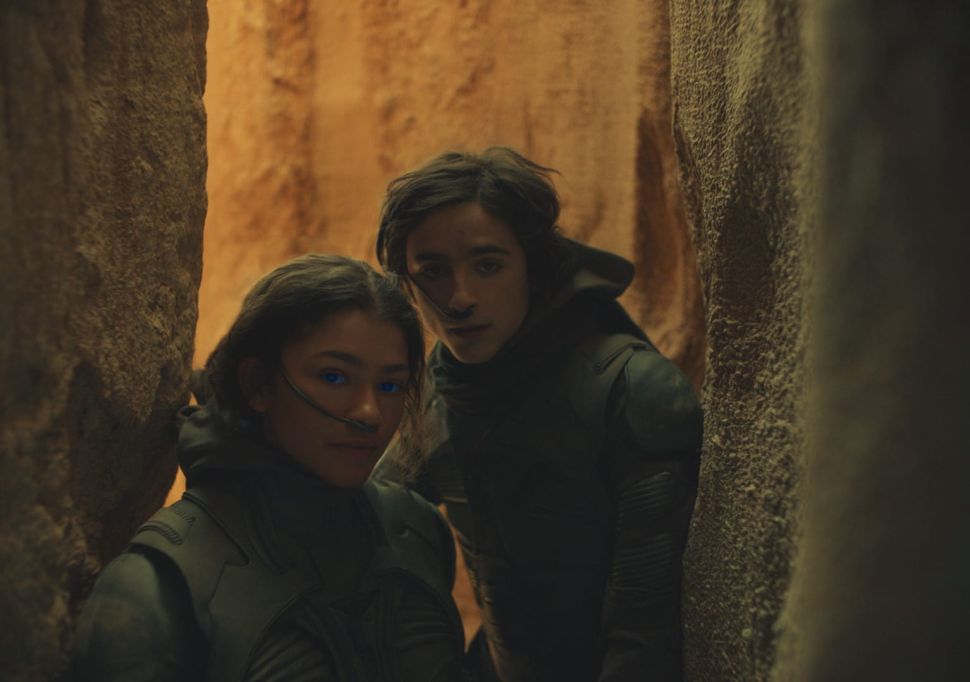