The novel coronavirus pandemic has failed to slow down Tesla Motors. The electric carmaker and stock-market darling built 144,000 cars in the past three months, the company announced on October 2nd. It’s a new record, one that the company has every intent on breaking again before 2020 ends.

Doing so may just break his factory employees, as well.

Financially, the company and its founder, industrialist and social media personality Elon Musk, have never had a better year. Musk is now the fifth richest person in the world, as the company’s stock price skyrocketed from a low of $72 in March to almost $500 at the end of August. Then, following a split in early September, the company managed to sell an additional $5 billion worth of shares in just three days. Enormous liquidity, a little more than two years after Tesla nearly ran out of money.

Tesla workers and worker advocates say the company is risking the health and safety of its workers in relentless pursuit of these gaudy numbers. To hit the record cars-built mark, Tesla is relying on its new Gigafactory in China, but is also leaning on its American workers. Beginning in August, workers at the Fremont, California factory were informed that they’d be spending a lot more time at work: six days a week, sixty hours a week.

“Something’s gotta give, and soon,” said Branton Philips, who works on the company’s Model 3 production line. (Philips agreed to speak to the media, and can do so without fear of termination, only to discuss what he feels are risky safety standards.) In addition to the long hours, Tesla continues to have significant worker turnover. With new bodies cycling in and out, imported to the Bay Area from all over California, this presents a COVID risk.

Musk is a famous COVID skeptic, but the reality of the pandemic and accompanying depression means workers are both at their most economically vulnerable and least able to push back through traditional organizing tactics.

After Alameda County health authorities ordered the company’s Fremont, California factory closed in March, Musk publicly questioned the coronavirus’s lethality, before infamously defying the government when he reopened the factory’s doors in May. Any attempt at a pushback, legal or political, Musk squashed with a lawsuit. “He dropped it once Elon threatened a lawsuit,” an aide for a county supervisor tells Observer, describing the general Tesla approach. Election officials “directed staff not to engage at all with Tesla,” the aide says.

Since then, production has steadily increased. Output continued to ramp up, through both the pandemic’s summer spike in the Bay Area as well as throughout the dangerous wildfire smoke-filled air that blanketed the region in August and September. In fact, just about when the Bay Area skies turned dystopian shades of orange and particulate matter from wildfires filled their lungs was when Musk increased the hours required of employees.

“We continued the ramp of Model Y at the Fremont Factory during the second quarter of 2020, and after only four cumulative months of production in the first half of the year primarily due to manufacturing suspensions, we exited the quarter at a weekly production rate comparable to that of Model 3 more than nine months into its ramp,” the company reported in its most recent quarterly statement, in July. “We intend to add additional manufacturing capacity for Model 3 and Model Y at the Fremont Factory in the second half of 2020 as previously planned.”

Exactly how Tesla made its Fremont factory safer and complied with social distancing requirements is a state secret—Alameda County refused to release these details in response to a public-records request, and Tesla’s press team did not respond to a request for comment for this article. But it likely meant that hiring more people is impossible. Thus, the overtime.

And even as the air quality in the Bay Area and throughout most of northern California became so inundated with smoke that it presented health risks for almost everyone exerting themselves outdoors, Tesla refused to consider allowing workers to stay home until the air quality index exceeded 300, beyond “very unhealthy” and in “hazardous” territory.

State law means workers are paid time-and-a-half after 40 hours. That may sound sweet for millions of Americans out of work or seeking work, in a year when the official unemployment rate has careened from more than 14 percent to about 8 percent, according to most recent statistics.

Then again, working long hours is demonstrably unhealthy: heart disease, hypertension, anxiety, lack of sleep and bad habits are all associated with supra-40-hour workweeks. In this way, Tesla is making its workers more susceptible to COVID-19 in multiple ways.

An organized pushback by workers seems unlikely, given both the circumstances presented by the pandemic and Musk’s history of labor relations.

In the past, Musk has managed to keep his workers from joining unions and pushing for higher pay and better benefits through a variety of ways, including, according to a case before the National Labor Relations Board, outright retaliation, firing workers trying to organize. That’s not necessary now because traditional worker organizing—meeting people face to face, having discussions, going to more meetings—is impossible or dangerous during COVID-19.

Instead, people at the board level are beginning to push back, led by an impact investor named Kristin Hull.

Hull is an “impact investor” and the founder and CEO of Nia Impact Capital, a Bay Area-based fund that invests capital in socially conscious companies.

With its mission to spread electric cars and wean the automotive world off of fossil fuels, Tesla is an obvious investment for Nia Capital, which has a significant investment in the company. But as for highly diverse, inclusive, and a great place for workers to work?

“Tesla does not fall into that category,” Hull said in a recent phone interview with Observer. “The ‘bro culture’ is no joke there.”

Hull and Nia sponsored a recent shareholder resolution that would have urged Musk and Tesla leadership to amend its HR practices and end forced, mandatory arbitration for workers who bring unlawful termination or racial discrimination complaints. Mandatory arbitration means the proceedings, and the ultimate results, are sealed.

That resolution, along with another that would have urged Tesla to consider basic human-rights standards—no small consideration as production ramps up at the company’s Gigafactory in China, a country not known for protecting industrial workers’ welfare—was soundly rejected. (Musk, who controls about 19 percent of Tesla’s voting stock, opposed both, according to voting results.)

Both before and after, Hull tried to reach out to Tesla employees to hear their concerns and try to address them with other shareholders.

“And I don’t know what’s happening, but they don’t feel empowered to speak out,” she said. “I’ve had quite a few saying to me, ‘That’s an issue, but I don’t feel comfortable talking about it.’ They can’t speak up.

“I’m not trying to criticize Elon,” she added. “I’m trying to help him with some blind spots we all have.”

“If they can nail this company culture, and people who come to work there feel positive and feel like they’re treated as a whole human being, this really could be the best company in the world,” she said. “There’s no arguing whether Elon single-handedly disrupted the entire automobile industry. Could they also be leading in social justice and racial justice? Absolutely.”

“We are looking to see employees to be an asset that you want to invest in and appreciate, as opposed to an expense.” 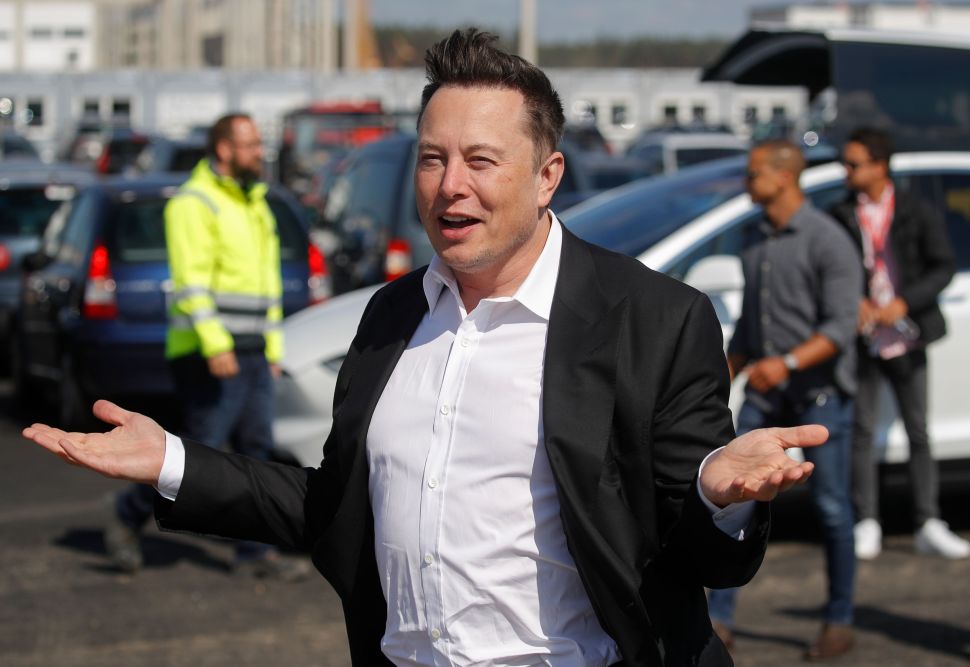