Emily in Paris has quickly become one of the most-watched rom-coms on Netflix. Since its release on October 2, the series has become one of the top 10 shows on the streaming service and has been compared to the ’00s HBO hit Sex and the City ad nauseam. But while many people can’t stop talking about how much they have enjoyed watching Emily tackle the City of Lights, others can’t stop talking about the cliches and stereotypes the show deploys to tell its story of a young American woman attempting to find success in a city foreign to her.

Emily Cooper (Lilly Collins) is a marketing executive in Chicago who lands a job in Paris after her boss is unable to relocate. Emily picks up and moves to Paris where she will be helping the luxury marketing company, Savoir, with their social media strategy. Throughout the season, Emily has trouble fitting in with her colleagues and making a good impression on her boss, Sylvie, but is determined to win them over, while also helping the company succeed. While finding her place in the office, she also juggles finding new friends and relationships.

The show’s creator, Darren Star, is known for creating Sex and the City (which originated as a New York Observer column by writer Candace Bushnell). When watching Emily in Paris there are many similarities and subtle references to the iconic show that appeals to both new viewers and SATC fans. Both shows use the same costume designers. Throughout the series, Emily is dressed in many different styles and outfits that could be compared to the infamous style of Carrie Bradshaw.

“There’s one at the party at the Eiffel Tower where I have this black corset top and big tulle skirt,” Collins said in an interview with Glamour. She continued by saying Patricia Field, the shows costume director, said the outfit was an “ode to Carrie’s tutu.” Aside from the similar outfits, there is a reference to the Hôtel Plaza Athénée, the same place Carrie stayed during the SATC series finale.

Although the show is a big success, like Sex and the City, it hasn’t escaped criticism or controversy particularly from French critics and viewers. Although the show portrays life in Paris, Parisians say it plays to many stereotypes about their city. The show, according to Première’s review, is “based first and foremost on the most enormous prejudices that Americans have on the French… no cliché is spared.” A point of criticism from the very first episode is the fact that Emily comes to Paris and doesn’t know how to speak French. During the series, she uses translator apps on her phone to guide her through conversations.

Emily’s exaggerated lifestyle in Paris has also been singled out by critics—as had Carrie Bradshaw’s in various reviews of SATC. Her style choices, such as wearing stiletto heels and cocktail dresses, have been called out as unrealistic on the streets of Paris. And the “chambres de bonne,” the servant quarters Emily lives in, were more likely to have looked like tiny one-room studios rather than a one-bedroom apartments with a kitchen and bathroom. The show also leans into the rom-com stereotype that Paris is filled with flirtatious men, as well as its reputation as one of the most romantic cities in the world.

Nonetheless, Emily in Paris has its defenders, and Lily Collins has been praised by several critics for her performance, which IndieWire hailed as a saving grace for a character “written to be as complex as a slice of cake.” Although it might not accurately depict how life is in Paris, it does appeal to Americans’ dreams of what Paris may be like, which may explain why its generated so much interest in a pandemic. 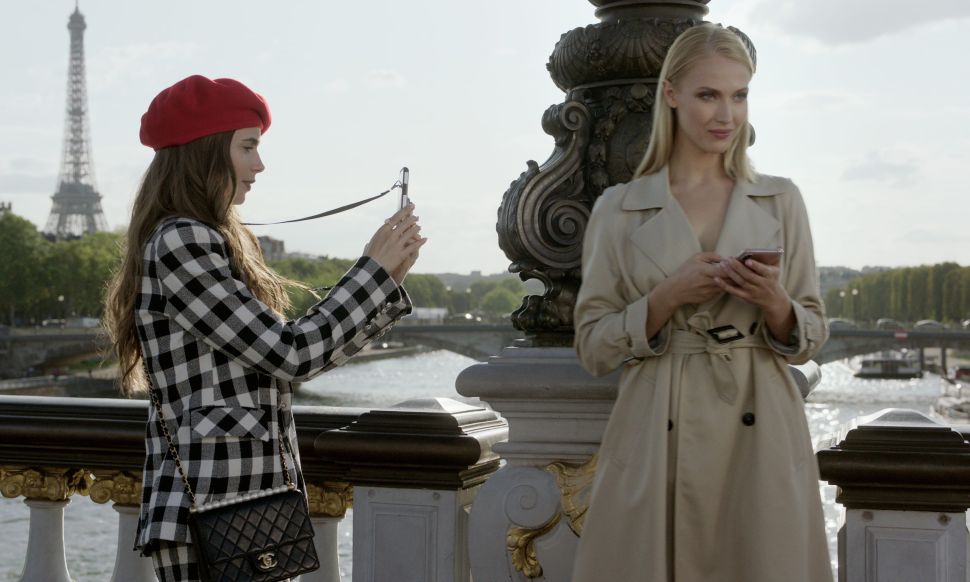