Noah Hawley’s FX anthology series Fargo has always been an exploration of not only violence in America, but the role that money has played in this country’s dark and often overlooked history. As Hawley previously told us, Season 2 honed in on the death of the family business against the rise of corporate America while Season 3 explored classism and the socio-economic divide. In Season 4, Fargo is interested in the defining element of modern American capitalism: the marginalization of anyone that isn’t born into white America.

So far this season, we’ve seen Chris Rock’s Loy Cannon and Jason Schwartzman’s Josto Fadda lead their respective crime syndicates on a quest to dominate the alternate economy of illegality. Their ultimate endgame, though, is to accumulate enough power and wealth that they’ll eventually be allowed into the mainstream, permitted to walk along their white counterparts. In tonight’s fifth episode, “The Birthplace of Civilization,” the season’s key themes crystallize into specific actions. Unsurprisingly, that’s what makes it Hawley’s favorite episode.

“I feel like the fifth hour, a lot of the drama really hits its height on an interpersonal level and the ideas about America that come out in that hour is a very expansive conversation in a dramatic way,” Hawley told Observer. “So I guess if I looked at it and thought which hour arguably synthesizes all the elements of the show the best, that feels like it to me.”

It’s apparent in the episode’s opening, with the Black jazz club being broken up by police forces and Cannon’s crew being rounded up for jail. The systemic racism and institutional oppression against Black America is ever prevalent. What’s worse, the move was initiated by Josto, which pits the Italians and African Americans against one another in their search for what white America is given freely.

“Why would I fight for a country that wants me dead?” Cannon tells Jack Huston’s Detective Weff. Hawley claims no third sight, insisting to Observer that Season 4’s focus was decided long before the events of 2020 repositioned the show as an eerily prescient glimpse into how little has changed over the last 70 years.

“The Birthplace of Civilization” sets the board for Season 4’s final run of episodes while still maintaining Fargo‘s unique idiosyncrasies. What other show on television waits 13 minutes to unveil its title card? Name another drama that squeezes a laugh out of a murderous nurse literally banging her ahead against the wall in frustration. Yet in between the arid humor and askew perspectives, Fargo never loses sight of its primary goal.

“This is the land of plenty. Boom times,” Ben Whishaw’s Rabbi Milligan tells Josto. Hindsight is 20/20 and we know now the cost of the industrialized suburban surge of the middle class that emerged during the Baby Boomer generation. But here, at the onset of an American journey that would change the very fabric of this country, our characters see just a fraction of the truth. It’s apparent in the societal philosophy tossed around by Zelmare Roulette (Karen Aldridge) and Swanee Capps (Kelsey Asbille) differentiating between criminals and outlaws. “Outlaws just want to live while we’re alive,” Swanee says with both complete belief and an unrecognized misunderstanding. You can’t choose whether or not to play the game; we’re all in it regardless. Freedom simply isn’t free, as they soon learn.

It’s why Gaetano Fadda’s (Salvatore Esposito) brutality and barbarism is striking yet unsurprising. There is a struggle, both real and imagined, to grab a piece of the American Dream for oneself. The reason why none of these character, be they Black, white or Italian, can escape it is because infused in our very DNA. To paraphrase Tom Hardy’s Bane, we are born into it and molded by it.

“You know why America loves a crime story? Because America is a crime story,” Josto says succinctly. Hawley hoped to find the intersection between violence and money in America and how this repetitive cycle has disenfranchised minorities throughout time. In “The Birthplace of Civilization,” he firmly parks Fargo‘s story on that intersection while drawing out his roadmap to the endgame. We are what we always have been and we are only as good as society allows. Ethelrida (E’myri Crutchfield) represents an opportunity to escape this vicious cycle, yet Doc’s death suggests it may not be possible.

It’s Hawley’s favorite episode of the season and, after watching it, we can see why. 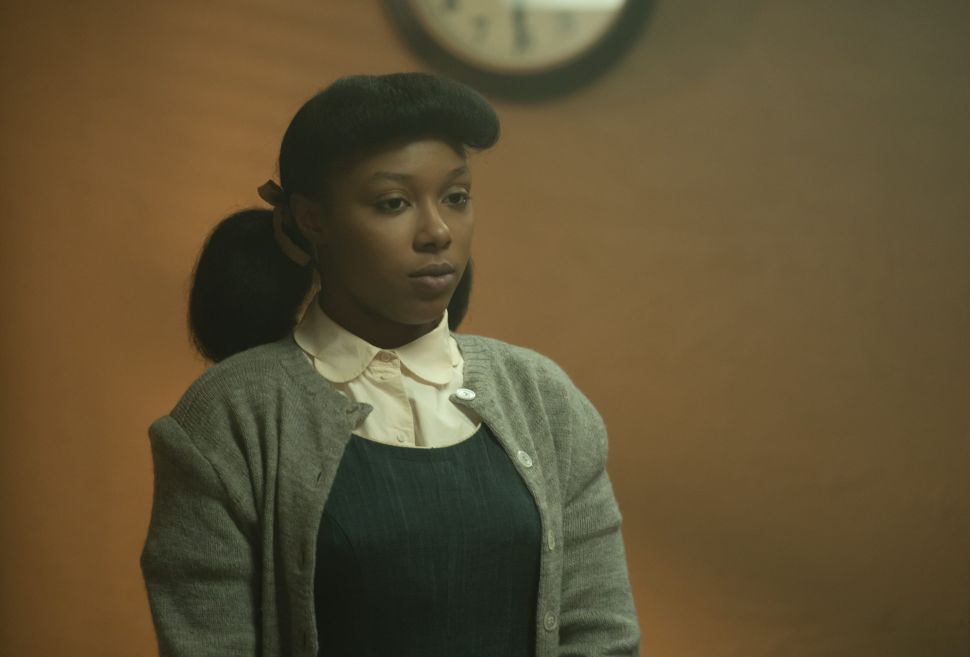