Early in October, shockwaves rocked the auto and racing communities when yet another large auto company—this time, Honda—announced it was leaving Formula One, the 800-pound gorilla of the international racing world. Why? As Honda explained, the auto industry is now facing a “once-in-one-hundred-years period of great transformation,” and it was joining the exodus, moving to ZEV.

Zero Emission Vehicles Racing is to the auto business as NASA’s Space Race was to electronics: a place to test innovations under the most competitive, challenging, and unpredictable conditions. This super-charged movement to ZEVs—and especially, electric vehicles (EVs)—goes hand in hand with the meteoric rise of upstart Formula E, an international racing series featuring only all-electric cars. After just four seasons, the series now boasts 12 teams, two more than the Formula One series, which just celebrated its 50th anniversary.

Back in 2014, few experts took Formula E seriously when its teams began racing before sometimes puzzled crowds in Beijing, Buenos Aires, Long Beach, Monaco, Moscow, Berlin, London, and other cities. Each team fielded two drivers and four standardized electric race cars; drivers switched cars halfway through the race, hopefully before the first car ran out of juice. Those quirky rules changed, replaced with one car per driver and “open design,” meaning that each team had more freedom to engineer unique cars. This attracted more interest from auto manufacturers.

Still, Formula E seemed more like a glitzy, star-studded novelty, with team owners including Leonardo DiCaprio (who also produced the 2019 Formula E documentary And We Go Green) and Michael Andretti, one of the most successful drivers in Indy Car racing history.

Today, Formula E (now officially known as the ABB FIA Formula E Championship) has performed beyond even its founder Alejandro Agag’s expectations, with 12 teams competing. Those teams include racing legends Jaguar, BMW, Nissan, Audi, and, most recently, Porsche and Mercedes.

EV expert Eward Kjaer, who advises power utilities on EVs, says Formula E is a game-changer not only for its technological advances, but also because it helps consumers see electric vehicles as high-performance cars, not golf carts putt-putting around senior communities. “The progression of Formula E has been really impressive,” he says. “It’s exciting racing, and they’ve created state-of-the-art concepts involving the fans. They are so much further ahead than Formula One, which is stuck in the past.”

Though Formula One cars are technically hybrids, with a small electric engine boosting range, the series’ reliance on internal combustion engines now puts it at odds with car manufacturers, such as Honda, who are pledging to focus all their research on ZEVs. Future EVs will bear the fruits of this amped-up research. In past decades, racing teams jumpstarted inventions such as the rearview mirror (Indianapolis 1911), improved seat belt and safety designs, and carbon fiber, the strong-but-light composite now ubiquitous in luxury sports cars.

Already, Formula E teams are moving at warp speed on improvements, especially with efficiency and energy management, Volpe says. Nissan, a pioneer in electric vehicles, entered the series only two years ago, intrigued by the chance to compete against other EV manufacturers with the most cutting-edge technology. And though innovations typically flow from the race track to passenger auto production, the opposite was true for Nissan, which a decade ago began selling the first mass-market all-electric vehicle.

“We just produced our 500,000th Leaf,” says Volpe. “In the first season, we transferred our learnings from the Leaf road car to our Formula E car, and used some of our experts from our core business.”

Within two years, Nissan made it to the podium, earning a second place medal.

Though consumer EVs don’t reach the same 175-mph top speeds, EVs on the track and your local streets share many of the same goals. “It”s crucial to optimize the use of energy during the races,” says Volpe. “It,s always a balance: efficiency and performance. The way you meet that balance is the same in road cars and racing.”

In electric vehicles, the computer software controlling the car’s energy use continues to evolve, but overall, Kjaer points out, an electric engine is 75% efficient, roughly three times the 25% energy efficiency of an internal combustion engine, a figure that hasn’t changed significantly during the past 100 years. BMW’s Marquard says BMW’s engineers have already discovered ways to harness their race-car energy management systems and translate it to consumer EVs. “The current BMW i3 uses parts of the software that comes from the power electronics for the inverter of the Formula E car,” he says.

Marquard expects future seasons will be as fruitful. “We told our engineers from the very beginning: ‘forget all the boundaries you normally have to consider in development, and just focus on performance, maximum efficiency, lowest weight, and the best overall package.’ Once we have achieved that point, we will consider how exactly we can integrate that in production.”

Governments boost EV sales with carrots (rebates) and sticks (laws), such as California’s ban on gasoline cars, taking effect in 2035. Still, EVs today account for only around two percent of the total auto market. Consumers reject electric cars for two main reasons: range anxiety, and sticker shock at EV price tags, says Aditya Jairaj, Nissan’s director of EV Marketing. Yet he explains the total cost of driving an EV is lower. Even when gas is $2 gallon, EVs are still more efficient, but people don’t know this.”

Range anxiety dates to the early years, when EV batteries held a charge good only for 50 to 70 miles, or less when the air conditioner was running. Today, Tesla passenger cars top 400 miles per charge. Mercedes just announced plans for a luxury model with a 750-mile range. Even mid-priced EVs today run 150 to 300 miles per charge, and 90% of EV owners charge at home, not on the road.

Kjaer also points to an aspect of EV driving that is harder to measure: the smile factor. EVs deliver something called “instant torque”—a simulation of a race car’s sudden spurt of energy, with no lag time between pedal and vroom. “When you drive an electric vehicle, you instantly get it,” he says. “When people first drive an EV, they start smiling. And once you go electric, you never go back.” 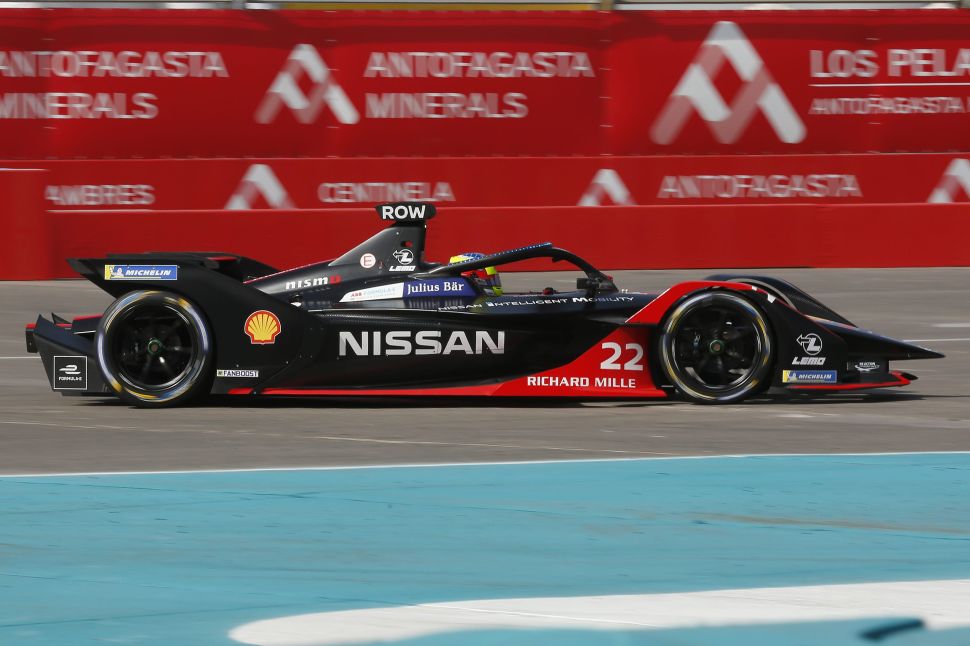