For three years following the critical and commercial disappointment of Warner Bros.’ theatrical Justice League, the most stubbornly persistent storyline in Hollywood has been the #ReleasetheSnyderCut fan campaign. A small but vocal and highly organized contingent of viewers dedicated to pressuring Warner Bros. into allowing director Zack Snyder, who was forced to leave production midway through Justice League due to a family tragedy, to complete his vision.

The #ReleasetheSnyderCut fan campaign has proven controversial over the years. As we’ve previously explored, the effort includes both well-intentioned fans simply hoping to see the original intent behind the film and a faction of toxic supporters dedicated to the online harassment of anyone who doesn’t share their admiration of Snyder’s work. Regardless of which side is responsible, WB announced in May that Snyder would get his shot.

The studio is investing upwards of $70 million into a four-part miniseries that will arrive on HBO Max in 2021. Reshoots, featuring returning castmembers such as Ben Affleck and Gal Gadot as well as surprise additions such as Jared Leto’s Joker and Joe Manganiello’s Deathstroke, are currently underway. However, the #ReleasetheSnyderCut campaign has never extended beyond dedicated superhero fans and into the mainstream, which begs the question of whether or not this expensive endeavor will be worthwhile for the studio.

To better understand the Xs and Os involved in the decision making and explore this new Justice League‘s prospects for success on HBO Max, we talked to a handful of industry experts.

Dergarabedian acknowledges that mainstream audiences who were already disappointed with the theatrical Justice League and aren’t plugged in enough to the industry to be aware of the #SnyderCut campaign likely won’t be flocking to HBO Max for this new version. But he also believes that may not be WarnerMedia’s sole intent with this move.

“Everyone looks at studios as these monolithic financially motivated entities, but when you see something like this it tells you that more is going on,” he told Observer. “There’s an X-factor to consider. Do we want this person to work elsewhere or do we want keep them in-house? If it doesn’t make hard financial or objective financial sense on its face, then there are subjective motivations and factors at play. They want to be in the Zack Snyder business just like Warners wants to be in the Christopher Nolan business. It’s long-term strategy.”

Regardless of the miniseries’ reception, Dergarabedian sees the move as a “great way to get people to subscribe” to HBO Max. He argues that consumers first look at a streamer’s available content and then at the price (HBO Max is a premium service at $15 per month) before making a cost-benefit analysis. Something like a sprawling four-part Justice League series is the type of attention-grabbing content that entices new sign-ups, even if audiences outside of the superhero craze aren’t as receptive.

“Maybe they’ve got plans for this that will make it feel more appealing to a broader cross-section of audiences or maybe it’s about having the best reviewed project irrespective of its financial performance,” he said. “This is much more specific than how Marvel has developed its crossover audience appeal. What it really shows is a long-term commitment, patience and loyalty to a filmmaker to create something grand.”

Bock sees the value in investing in superhero material, especially when it involves the most iconic characters of all, even if the first attempt was a failure.

“While Justice League wasn’t The Avengers DC was hoping for at the box office, there is no denying superheroes and their machinations are still the champions of social media,” he told Observer. “Considering content is at a premium right now, and we’re in the middle of an all-out war for eyeballs, HBO Max investing upwards of $100 million for an extended comic book caper seems like a solid play for subscribers.”

WarnerMedia and HBO Max will need to craft a creative and effective marketing plan to convince casual viewers that A) this is different from the disappointing Justice League film they saw in 2017 and B) it’s worth the cost of an HBO Max subscription. But it also provides the added benefit of keeping DC at the forefront of the pop culture conversation even if the Snyder Cut isn’t equivalent to a Hamilton on Disney+.

“While viewers may ultimately shrug, this kind of substance moves the needle and keeps the conversation about Batman, Superman, Wonder Woman and Aquaman going,” Bock said. “Front and center in the mind of consumers, that’s exactly what WB wants for their legacy characters. Plus, the additional wrinkles of Joker and Deathstroke further the connection of the DC universe of characters, something Marvel has consistently done well, and something DC is finally moving towards.”

Robbins sees both sides of the arguments and acknowledges there is an emotional component involved as well as stone cold business. Even after the theatrical Justice League lost WB up to $100 million, he acknowledges the upside of this retroactive fix, though he emphasizes that final judgments can’t be made until the product is actually out there in the world.

“On one hand, this is a fan-driven move and also one of solidarity with Snyder himself,” he told Observer. “He’s delivered a number of films over the years for Warner Bros., several of them becoming big financial hits. When tragedy struck, the studio understood he wouldn’t be able to finish a story he had been working toward over the course of several films. Just to give him that opportunity now, and simultaneously show that they are listening to their fans, reaffirms goodwill between both and one of the biggest studios in the industry.”

Again though, the #SnyderCut has not permeated the mainstream, and under DC President Walter Hamada, installed in January 2018, the DC Extended Universe has moved into a new direction. As such, this may be a one-off in much the same way that Disney CEO Bob Chapek said Mulan releasing on Disney+ Premier Access was a singular move.

“Warner Bros. knows this part of the DC film strategy is increasingly in the rear-view mirror as the comic book movie universe evolves toward standalone films, focusing on origin stories from different filmmakers, and rebuilding the brand’s overall perception with general audiences,” Robbins said. “They realize the cinematic future of DC is shifting away from Snyder’s era, but they have a new streaming arm that makes sense for a big release intended mainly as a valentine to a very vocal and dedicated fan base.”

Robbins argues that if the Snyder Cut expands that subscriber base, especially at one of the higher-priced tiers among streamers, the long-term benefits may outweigh any hypothetical losses. On the other hand, perhaps the studio spends just enough to be able to recoup that investment from those who sign up for one month just to watch what will be a fairly high profile home release. In that case, it goes back to the notion of this being a one-off experiment that, at the very least, builds fan and filmmaker goodwill for the future. 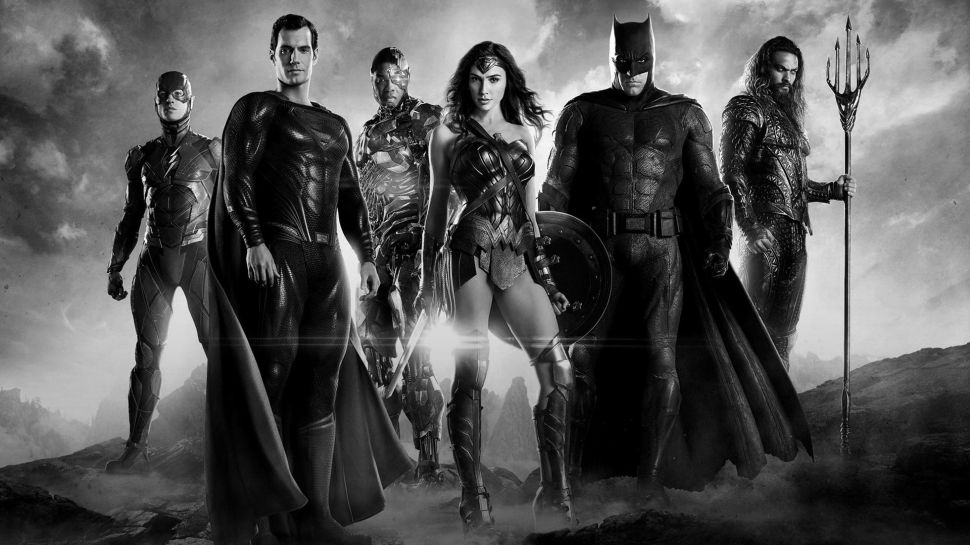