2020 is the worst. Everyone and everything is terrible. Anyone who says otherwise is either a liar or a deeply committed agoraphobe. People are angry and upset with the state of the world and their country. And as boiling points reach critical mass, they desperately need an outlet that understands that tension.

But fear not. Though it may feel as if we’re stuck in a terrible episode of Black Mirror, HBO is about to release a prism for audiences to channel all of these negative feelings. Big Little Lies creator David E. Kelley’s latest creation—The Undoing, premiering Sunday—is the perfect curated punching bag.

Kelley has won 11 Primetime Emmy Awards over a sterling 30-plus year career of creating Must-Watch TV. But his latest may be his greatest gift to the masses. Not because it’s his best. It isn’t. But because it combines the increasingly ridiculous guilty pleasure twists and turns of pure soap opera melodrama with the prestige of an A-list cast and HBO. It becomes a glossy, high-end Brita with which we can filter our unending shock, awe and scathing indictment of supremely dumb characters. It’s like eating a gourmet chocolate cake all by yourself but with the added benefit of diverting your self-loathing onto someone else. That’s the good stuff.

The Undoing follows the life of successful New York therapist Grace Fraser (Nicole Kidman), whose world begins to unravel after her pediatric oncologist husband Jonathan (Hugh Grant) is accused of murder. Womp womp. Scandal among the one percent is the perfect hook for today’s societal malaise and the majority’s preference to eat the rich. Seemingly intelligent characters stumble from one ill-advised mistake to the next, all the while lying in hilariously unconvincing fashion about major details of the case and their lives.

As the weather changes and our brief outdoor interlude from the global pandemic becomes a near constant reminder of our own missteps, this schlocky exodus of common sense is indisputably a saving grace. A white sheet ready for us to project our own simmering fury and self-doubt. Well, at least we’re not as bad as these jerks, you’ll think to yourself.

As Star Wars‘ evil emperor once said with a Cheshire cat’s grin: “Let the hate flow through you.”

Frustrated with the lack of a federal plan to confront the coronavirus? Marvel in the ineptitude of characters who literally make every wrong choice while trying to combat a murder charge. Sickened by our circus of public hearings? Watch as a courtroom drama devolves into the saddest remake of Liar Liar ever. Can’t stand another moment stuck inside with your kids? The unfortunate fictional offspring here never listens to his parents either! The sheer irrationality of every character’s choices in The Undoing elicits outright and enjoyably indulgent mockery. It’s a little like Oprah, but more chaotic: “This character is stupid, this character is stupid, EVERY CHARACTER IS STUPID!!!”

None of this is to say that The Undoing is outright bad. I really liked it, I swear! Kidman and Grant deliver sharp performances in an enigmatic drama with a cavalcade of juicy misdirects that keep you guessing. At a time when your neighbor’s cheery attitude may inexplicably piss you off in the morning, you’ll revel in The Undoing‘s ability to cast doubt on every single character. Susanne Bier’s direction creates a compelling, often dreamy autumnal New York City doused in a sense of worst-case-scenario, which isn’t too far off from what we’re about to face. The show is a crackling mystery that, most importantly, invites you to feel superior in the midst of so much self-made misery. As such, it’s one of the most cathartic watches of the year. I think we, as a species, need this.

It’s actually a happy accident that The Undoing has nothing to say for itself. In the absence of a substantive central message, our own points of view are freed to take center stage. Kidman’s Grace may be a therapist, but our psychological recuperation comes at her expense. Sorry, sister, we need this more than you do right now.

Tune into The Undoing and let every frustration you have melt away in a river of rich wardrobes, gorgeous duplex NYC apartments and overwhelming ridiculousness. You might feel better about the real world after eyeing the hot mess these fictional lives have become. 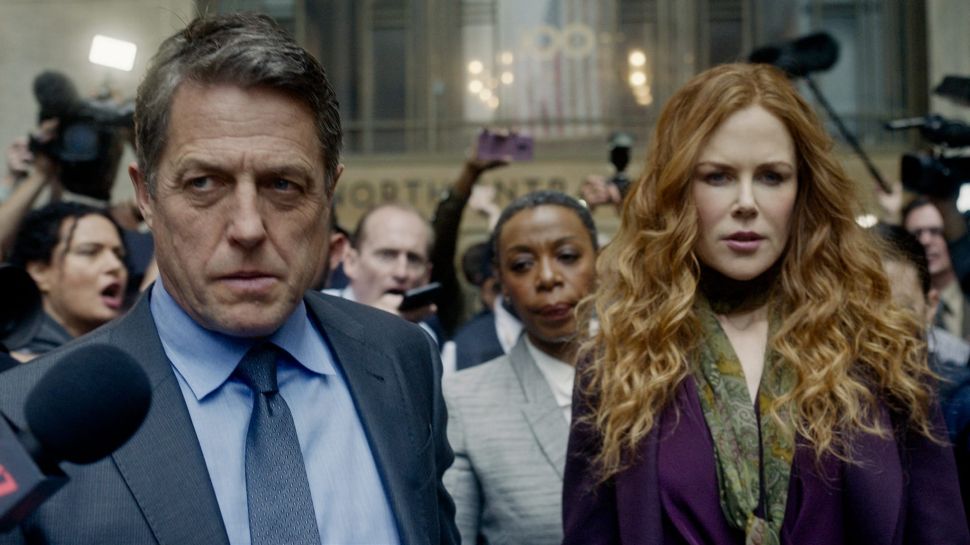