Within the auction world, shock value and historical significance can often go hand in hand. This phenomenon can help explain why disturbing items like Nazi memorabilia sometimes fetch high prices, but it doesn’t necessarily silence the deep discomfort that objects such as these can trigger. One such example is an item currently being offered by Alexander Historical Auctions in Maryland. On October 29, the house will sell off an item that comes with a mandated starting bid of $75,000: a self-contained bar and five bar stools that once sat on Adolf Hitler’s yacht, which was called Aviso Grille.

In 1940, the German Navy was planning to invade Britain with as much bombast and ceremony as possible. The idea was that Hitler would arrive in the Port of London in the yacht in question and eventually make his way to Windsor castle, which had been identified as his eventual “London home.” The 377-foot yacht was mostly used to entertain high-status members of the Nazi administration and military, and the bar that’s now being offered existed in counterpoint to Hitler’s strict adherence to temperance. However, the bar was also a literal embodiment of the delusions of Hitler’s reign of terror.

The bar, which includes an aluminum surface and Art Deco brass faucet, was built to resemble the entire world that Hitler hoped to one day conquer. It even includes “hemispheres” in brass trim, to convey to the yacht’s visitor just how literally this goal was intended to be interpreted. Although the yacht in itself was sold for scrap in 1951, the hemisphere bar and stools have sat in a barn in rural Maryland for seventy years; they were kept there by the son of the original purchaser. Although the “Historical Militaria and Autographs” auction also includes Hitler’s menacingly formal frock coat, the bar and stool set tells a much more interesting visual story: not only was Nazi thinking monstrous, it was also deeply existentially stupid. No one can claim the whole world as theirs, and this weirdly-designed bar proves just how ridiculous that desire is. 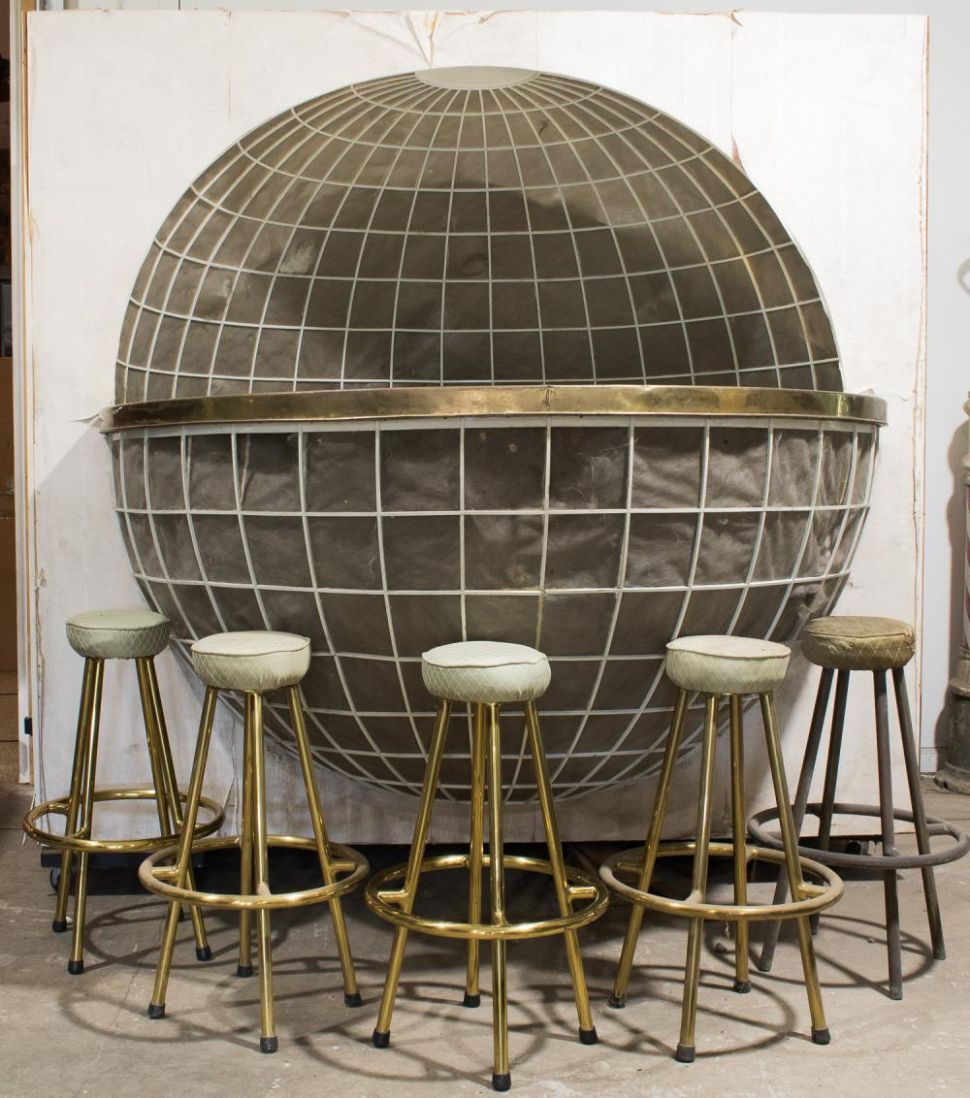