With the presidential election fast approaching in the middle of a pandemic, many Americans having decided against an election-day trip to the polls, instead casting their vote via absentee ballot. While the appeal of voting from home is obvious, there’s one cherished reward that mail-in voters don’t get to enjoy: an “I Voted” sticker. Knowing this, in an ingenious move, New York magazine has centered its upcoming October 26 issue around 4 different covers featuring voting stickers designed by 48 separate high-profile artists, including Barbara Kruger, Zaria Forman and KAWS. Even better, each issue comes with its own peelable sticker sheet.

The unique covers were created in collaboration with the nonpartisan organization I am a voter., and the stickers will also be distributed to bookstores, museums and polling sites all across the country. As arbitrary as stickers might seem, in an era that’s become completely suffused and saturated with social media, visual proof of voting is almost as desirable as the act of voting itself. Stickers are so meaningful, in fact, that Spotify has begun adding virtual voting stickers to much of its catalog in order to encourage the populous to exercise their constitutional rights.

Some other artists participating in the sticker designs include David Hammons, Laurie Simmons, Amy Sherald and Marilyn Minter. “Growing up in the South, I viewed the American flag as belonging to a people whose patriotism was solely reserved for whites,” Sherald said in a statement about her sticker creation, which features a Black cowboy wearing a shirt with an American flag design. “My American flag represents a ‘whole’ country. A flag that conjures hope, empathy, resilience, unity, freedom, and justice.” Artist Hiba Schahbaz created a sticker portrait of Dominique “Rem’mie” Fells, a Black trans woman who was murdered this summer, while Christine Sun Kim created a sticker that visually shows how to sign “vote” in ASL. These sticker-sized reminders of the enormity of the stakes of the election are both beautiful and extremely cleverly executed. 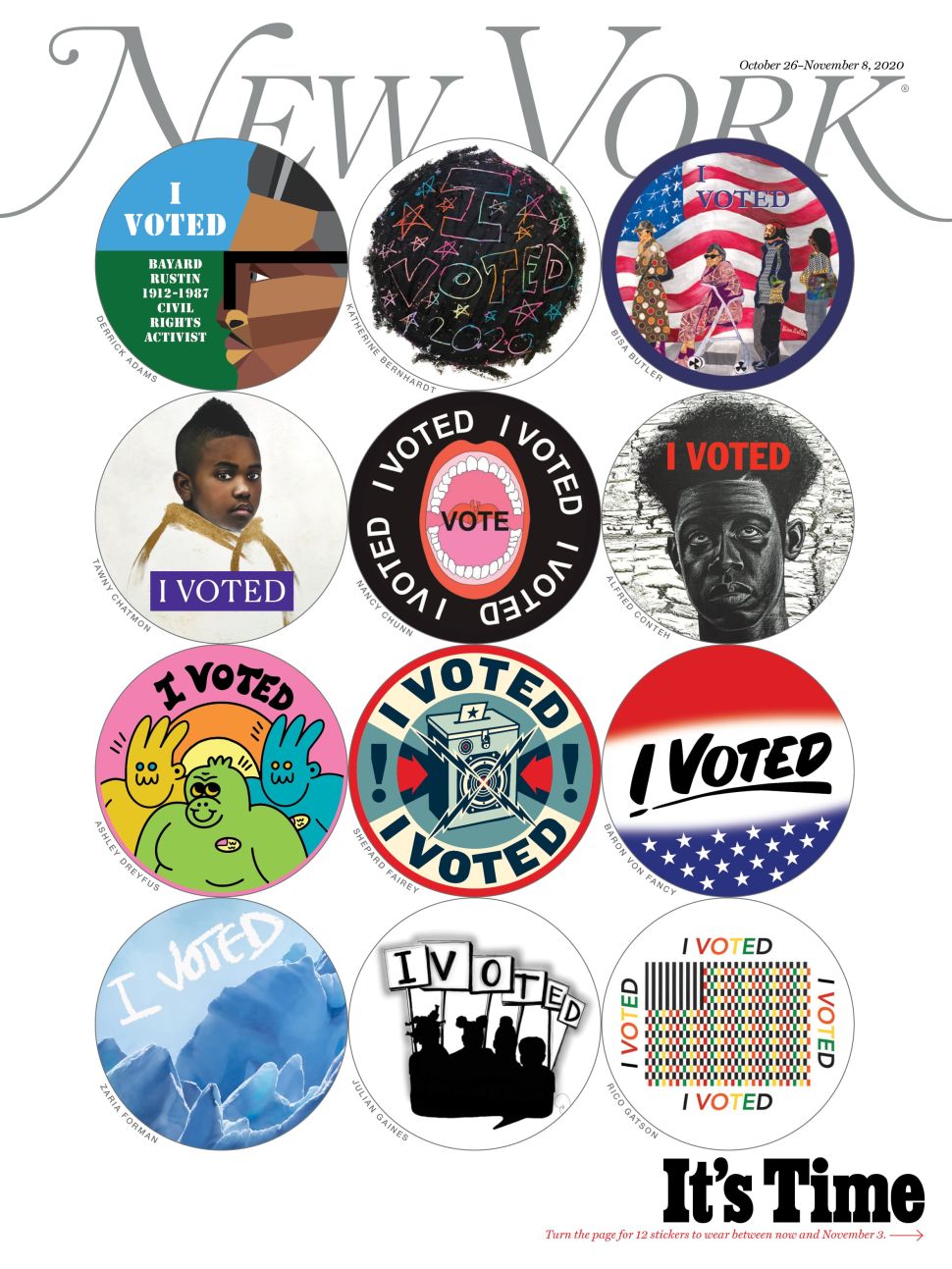