When it comes to famous art, there are many instances wherein missing polyptychs, incomplete exhibitions and vanished canvases have haunted curators for years. On Wednesday, the Metropolitan Museum of Art in New York City got to celebrate one of the rare instances where artistic gaps like this are miraculously filled. The museum is currently presenting the exhibition “Jacob Lawrence: The American Struggle,” which looks at the iconic modernist painter known for a style he called “dynamic cubism.” However, the artist’s series of 30 paintings exploring the country’s founding history is incomplete: five of the works were lost in the years after Lawrence created them. As of this week, that number is down to four, due to the fact that one of the paintings from the series was found hanging in an Upper West Side apartment.

Recently, a visitor attending the Jacob Lawrence exhibition took note of the gap in the paintings, but recognized the artist’s tone and style, and had a realization: she suspected that one of the missing paintings was hanging in her neighbors’ apartment. According to the New York Times, upon being encouraged to contact the Met, these unnamed neighbors revealed that they had bought the painting Christmas charity art auction in 1960 and had subsequently kept it for decades. Specifically, the painting belongs to Lawrence’s “Struggle: From the History of the American People” series, and depicts a tense standoff between Revolutionary War soldiers and farmers rendered in stark hues of blue, green and brown.

Randall Griffey, the co-curator of the Lawrence exhibition, told the New York Times that he only learned of the existence of the Upper West Side painting last week, after being added to a long series of emails. “It was our fervent hope that the missing panels would somehow surface during the run of American Struggle in New York, the city where Lawrence spent most of his life and where the series was last seen publicly,” Griffey added in a statement. During a time in which the art world is going through so much upheaval and turmoil, this discovery provides an increasingly rare instance of good news. 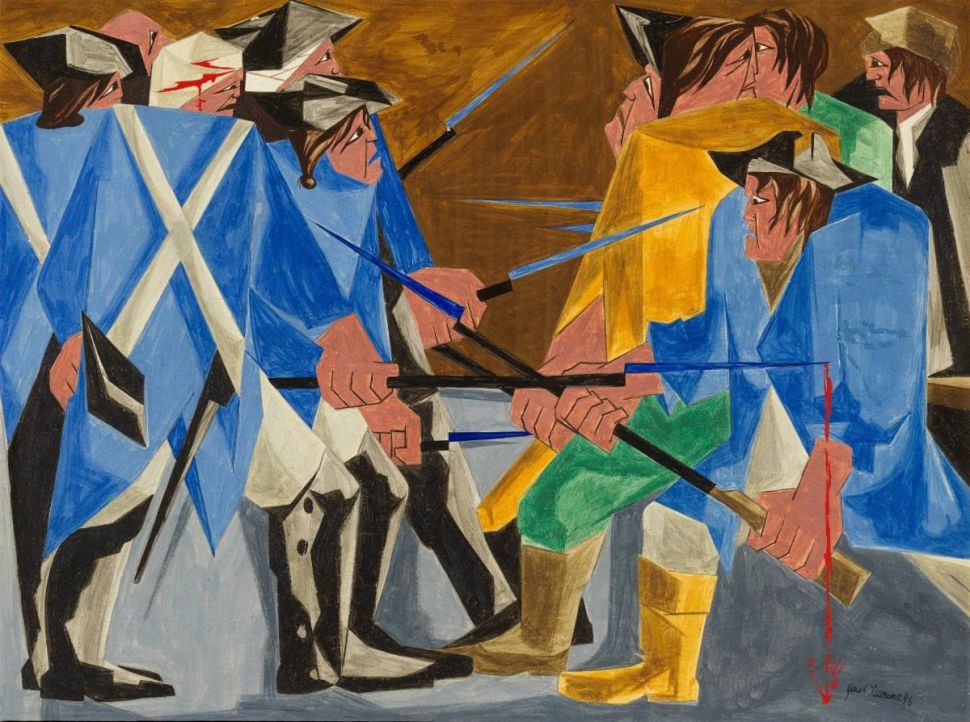