While arguably there haven’t been many film releases this year, some of the best movies of 2020 are about lesbian couples: Ammonite, Kajillionaire and Shirley have been adored by audiences all around the globe. So, this Halloween it’s worth revisiting a queer horror that didn’t receive quite the same treatment when it came out.

“If you’re in search for a way to ogle Megan Fox’s body, there are a lot better ways to do it, than subjecting yourself to this,” is what one reviewer in 2009 had to say about Jennifer’s Body. And unfortunately, Observer wasn’t much kinder in our own assessment: “She’s playing the lead in the next Diablo Cody-scripted movie. Is that supposed to make me think, outside of her body, she’s relevant as an actress? Considering the movie is called Jennifer’s Body and Ms. Fox plays Jennifer, probably not.”

It’s an understatement to say that Jennifer’s Body has had a turbulent history. It was trashed by audiences and critics when it hit cinemas, and it took almost a decade for people to see the film for what it was meant to be. At its core, Jennifer’s Body is about two high school best friends, Jennifer (Megan Fox), who gets turned into a man-eating demon after a botched virgin sacrifice, and Needy (Amanda Seyfried), who is the only one to notice Jennifer’s odd behavior and sets off to save/kill her.

Nothing too strange so far. However, if you were a moviegoer at the time, you might have a different memory of what Jennifer’s Body was actually about. While director Karyn Kusama and writer Diablo Cody have always maintained that their movie was meant for girls, the memo didn’t quite reach the marketing team who heavily marketed it towards boys all around one simple concept: Megan Fox is a sex-bomb.

When Kusama and Cody tried to talk the studio out of this, the reply they received only read “Jennifer sexy, she steal your boyfriend,” which on the evolutionary ladder from caveman to jerk is only one step ahead of what the frat boys at the test screenings wrote on their cards: “moar bewbs.”

It was wild. And it was all being justified by Megan Fox’s reputation at the time as the airhead “actress” from Transformers who had had the audacity to speak out against Michael Bay, the man who even gave her a career in the first place about his abusive behavior on set.

However, the one thing that was meant to convince swaths of horny young men to storm theaters to see this film (I guess a boy-eating demon cheerleader isn’t really the classic fantasy teenage boys like to get off to) was the promise of a kiss, and not with any boy, but between Jennifer and Needy. Fortunately, we have mostly forgotten how just a few short years ago, if your movie failed to please the male gaze, your movie failed as a movie. In a film written by a woman, directed by a woman and starring two women, Cody felt that she could include this scene without it reading as exploitative. But that was unfortunately exactly how critics—men and women alike—read it.

If you watch the scene now, even without the context of the “sandbox love” shared by these two girls, who get labeled as “totally lesbigay” by their classmates, it’s blatantly clear that it is not supposed to be a sexy kiss. The true tragedy of Jennifer’s Body is not in this botched marketing campaign, but rather that it never truly reached its intended audience of teenage girls and never got to deliver its message to them.

The bond between Jennifer and Needy is one of those intense and all-encompassing teenage relationships that ends up toxic for everyone involved. Being openly pitched against one another for the first time, the path the two of them go on ends in their liberation from each other and from their roles. Both girls forgo the stereotypical feminine docility and find empowerment in becoming the hero and the villain of their story.

Jennifer’s Body satirizes gendered tropes. It must have been such a demeaning experience to go see this movie as a cishetero boy in 2009 since every guy in the film is completely beside the point: they are all either unthreatening, pathetic—or both. No-one gets to tame the monster and it’s Jennifer’s promiscuity that saves her from sure death during the abusive sacrifice ritual performed on her. Needy on the other hand, finds herself and her freedom by leaving behind an unsatisfying relationship and taking a page out of Jennifer’s book (or better, an ounce of her demonic nature).

Jennifer’s Body walks the same path of other teenage monstresses—think Carrie, Ginger Snaps, The Witch or A Girl Walks Home Alone at Night. It takes the horror trope notion that puberty makes demons out of girls and shows us that there’s true freedom in it.

Jennifer’s Body is available to stream via Starz and rent or buy from other outlets. 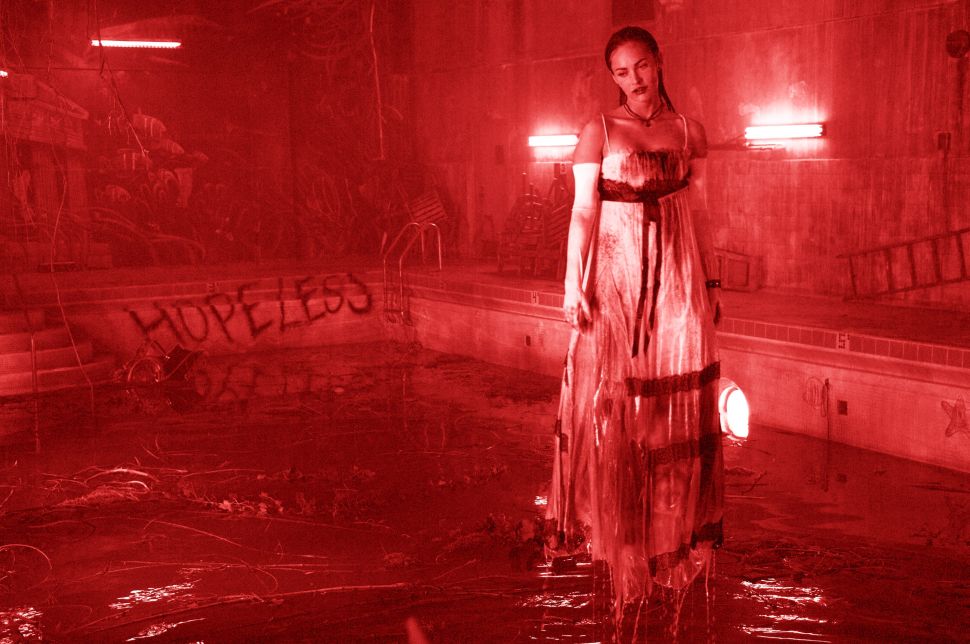