It’s a sad fact that as the coronavirus crisis stretches on, many museums and galleries won’t be able to survive the economic crunch, and will likely be forced to sell off their collections. However, this also means that vast and unusual troves of items will be redistributed to the public, which is the case with an upcoming Julien’s Auctions sale of the entirety of the items within the KGB Espionage Museum in New York City. Set to take place on February 13, 2021 at Julien’s Auctions in Beverly Hills and online simultaneously, the auction will include the world’s largest collection of authentic KGB spy equipment dating back to the Cold War.

Many of us are semi-familiar with novel spy gear from television and movies, but those constructions can’t touch the quirky strangeness of real spying items. Among many other things, the auction includes a clunky Enigma code cipher machine that looks like a Soviet typewriter, a miniature gun designed to look like a tube of lipstick and a purse containing a hidden camera and shutter for taking photos while undetected.

“The KGB Espionage Museum’s collection of Cold War era items is one of the largest and most comprehensive in the world,” Martin Nolan, the Executive Director of Julien’s Auctions, told Observer on Thursday. “Like many businesses and arts and entertainment institutions, the museum closed due to the pandemic while their espionage museum in Europe will remain open. We anticipate the auction will attract a wide range of collectors from museum curators to historians to James Bond fans, particularly in this election year.

The auction will also include numerous items which were used during the U.S. and Soviet space race. Buyers could pick up a camera designed to be used on the Moon Rover vehicle for between $200 and $300, or they could take home a spacesuit transporter from the Mobile Biological Isolation System (MBIS) for around $3000 that looks like avant-garde wheelchair. Despite the global tension that the Cold War and Space Race inspired, there’s an energy and charge to these objects that can’t easily be defined. A gun designed to look like lipstick may be lethal, but you also can’t say it isn’t extremely cool. 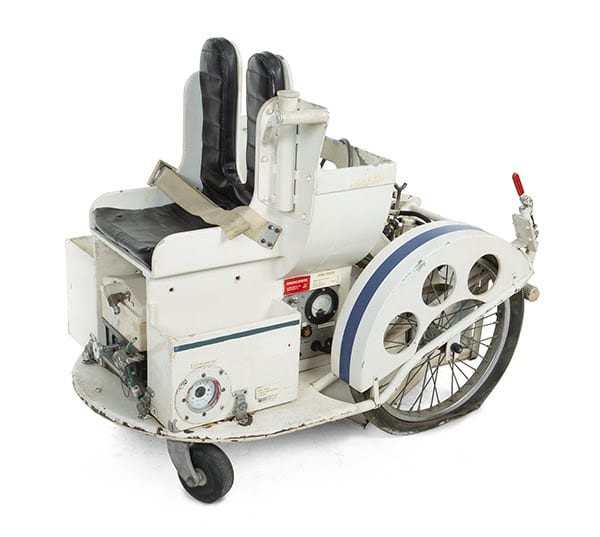