The dynamic between two opera stars is a funny one: on the one hand, they might be professional peers who admire each other’s work from afar. On the other—especially if both sing the same vocal part—they may compete for one another’s roles. In contemporary lingo, we may refer to such people as frenemies. But in Rossini’s time, they may be called “Amici e Rivali”—“friends and rivals”—which also happens to be the title of a new album featuring two of today’s most luminous tenors.

Lawrence Brownlee is one of the two leading voices on this album, and though theaters have been dark due to COVID, his spring and summer was anything but quiet. For one, he has been preparing for the November 13 release of this new album, where his soaring tenor, alongside Michael Spyres’, will pay homage to Rossini’s male arias and duets that are featured in seven of the composer’s 1800s operas. But this year has also sparked conversations around racial justice—in America, in the arts, and, by proxy, in the world of opera—and Brownlee, as one of the nation’s most famed Black tenors, has been an outspoken advocate for this cause.

“The time is now to make a change, and this idea seems to be resonating in a way that gives me hope,” Brownlee told Observer during a recent conversation. “I have been extremely vocal about this for a long time, and hopefully, people are finally ready to take action. We need inclusion and diversity in every area of society, including the arts, and at every level from the administration, board rooms, composers, choruses, and orchestras to a more diverse audience and community engagement.” Brownlee also spoke of the field’s lack of diversity earlier this year on ABC, noting, “I’ve never been hired by a Black general director of a company or a Black artistic administrator or a Black casting director.”

Despite the obstacles and institutional issues barring too many performers from breaking through, Brownlee succeeds, again and again, in cementing his place in the field. An album such as the one he’s soon to release is a rare chance for a singer to put their twist on a legendary composer’s songs. With Amici e Rivali, Brownlee and Spyres prove themselves to be contemporaries of the iconic Rossini singers who came before them.

“Rossini wrote a number of the pieces for specific voices: Giovanni David, a flexible high-lying lighter tenor voice, and Andrea Nozzari, who was a true baritenor, which is a lower-lying tenor exhibiting many of the same characteristics but usually possessing a slightly more heroic voice,” Brownlee shared.

Brownlee and Spyres had known of each other’s work, but only came to the idea of creating an album after finally singing together in an orchestra concert at Amsterdam’s Concertgebouw in 2018.

“In that concert, Michael and I performed several of Rossini’s tenor-tenor duets; we realized that our voices matched so well together and that we had similar instincts in music-making,” Brownlee said. “It was so enjoyable performing together that first time, and we remarked that we should do it again. I then did some research to see if anyone had made an album containing exclusively Rossini’s tenor-tenor duets and trios, and it had never been done. Thus the conversation began, and here we are!”

And while the album may take its name from the relationship amongst Rossini’s tenors, Brownlee feels his relationship to Spyres is one richer in friendship than rivalry.

“Michael and I have grown to become very good friends. The thing that I appreciate about our friendship is the support and mutual respect as artists. We have since done concerts together and there is always some friendly rivalry and showmanship that we demonstrate in performances, but more than anything, there is no ego between the two of us, and we sincerely want to see the other be successful as possible,” he said. “Michael and I do overlap in several roles, and when there is either a need for a tenor or someone makes an inquiry and we are busy, we have suggested each other. “

“This is the most fun I have ever had recording an album,” Spyres said. “Don’t get me wrong: it was also the most difficult album I have ever recorded! I am positive that in the week of recording, Larry and I set the record for most high notes and most coloratura notes sung per minute.”

“Larry and I have sung more Rossini than almost any singers alive, and we both have honed our skills and carved out our career through bel canto repertoire, so we very much have a kindred spirit in technique and style when singing,” he added.

As the release date approaches, Brownlee both looks back on the mentors and advice that have led him to his current success, and also to the future as new norms and practices hopefully take shape in a field that has long been dominated by white-led institutions.

“My advice to young singers is to find out what it is that you do better than most, and then make that [skill] as absolutely narrow as possible,” Brownlee said. “Specialize in the skill that sets you apart, and then work, work, work to master that skill so that you can feel confident to stand out amongst others.”

And as for what the future of opera olds, “It is important that artistic organizations seize the opportunity to rebuild and make sure we see this inclusion,” he shared. “It will be a long-continued effort, but I am excited to be a part of this movement.” 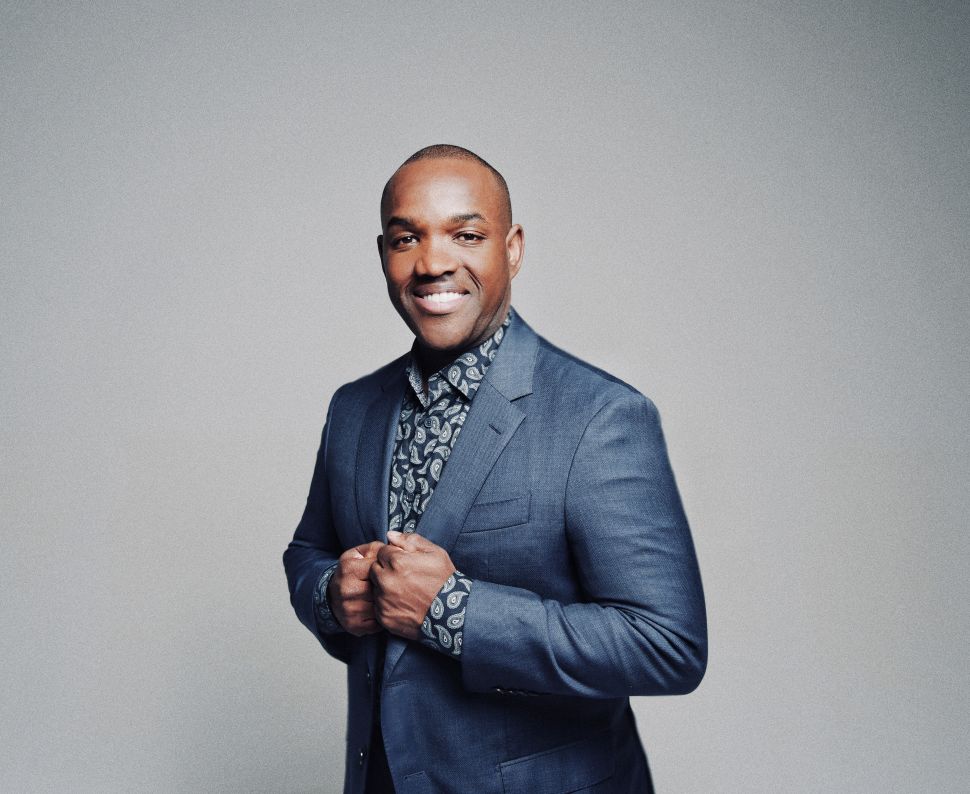