This December, Ludwig van Beethoven turns 250, and as we approach that sestercentennial anniversary, everything’s new, and nothing’s changed.

Technology, culture, and our world have evolved, but the motifs explored in the legendary composer’s work continue to ring true: the championing of the human spirit, price of honor, and dangers of tyranny. Each of these themes has been at the forefront of the 2020 news cycle, and also in Egmont, the play Beethoven lent music to that Orpheus Chamber Orchestra is reviving in its contemporary new concert.

This Saturday at 8 p.m. ET, Orpheus presents Speaking Truth to Power, an online performance of Beethoven’s Egmont, Op. 84 featuring the world premiere of a contemporary and cutting translation by Philip Boehm. The concert will be available to stream online through October 22, and features not only a rare performance of this work by Beethoven but also narration from Tony Award winner Liev Schreiber with the concert’s soprano part sung by Karen Slack.

“It was great to perform together as an orchestra after so much time apart,” said Orpheus co-artistic director Dana Kelley. “Choosing Beethoven’s Egmont gave us the opportunity to work with three great artists, Liev Schreiber, Karen Slack and Philip Boehm, and create a new English translation of the original German text.”

The outdoor, socially distant recording at a New Jersey bandshell marks the first time Orpheus has performed as a full orchestra since January 2020, before COVID-19 closed entertainment venues across the world. Tickets cost $15, and the concert will be available for six days online in Idagio’s Global Concert Hall, which furthers Orpheus’ ongoing partnership with the streaming platform.

Just as the recording adapts to current times, so does the work’s updated text. Egmont, the titular character of Johann Wolfgang von Goethe’s 1788 play, “was a man of honor,” said award-winning writer and translator Boehm. “And that honor compelled him to take a stand, while many of his fellow citizens were too afraid—or too feckless—to speak out.”

And today, Boehm says, “There’s no question we are surrounded by fecklessness.”

“The story of Egmont centers around a hero who sacrifices his life in an effort to overthrow a tyrant; the themes of selflessness, sacrifice, and duty are especially relevant in 2020 as we all work together to create a more just and equitable future,” Kelley added.

This unique performance offers audiences the much-anticipated treat of hearing an orchestra come together to create a piece tailor-made for the moment, a joy that is not lost on the performers either.

“It seems unreal to get back to work after being sidelined for seven months,” said Slack, the concert’s soprano and a dedicated advocate for racial equity in the arts.

But Speak Truth to Power offers more than just the chance for musicians and singers to commune; the piece debuts at a time where artistic organizations are interrogating their programming and how it can be made more inclusive to reflect the demographics and cultural shifts in the greater world.

“Building community relationships and welcoming new diverse audiences while educating those who have become the core audience needs to be at the forefront of planning as we open our theaters,” Slack said.

Two and a half centuries later, Beethoven—whose work was often fueled by opposition to societal injustices—would surely agree. 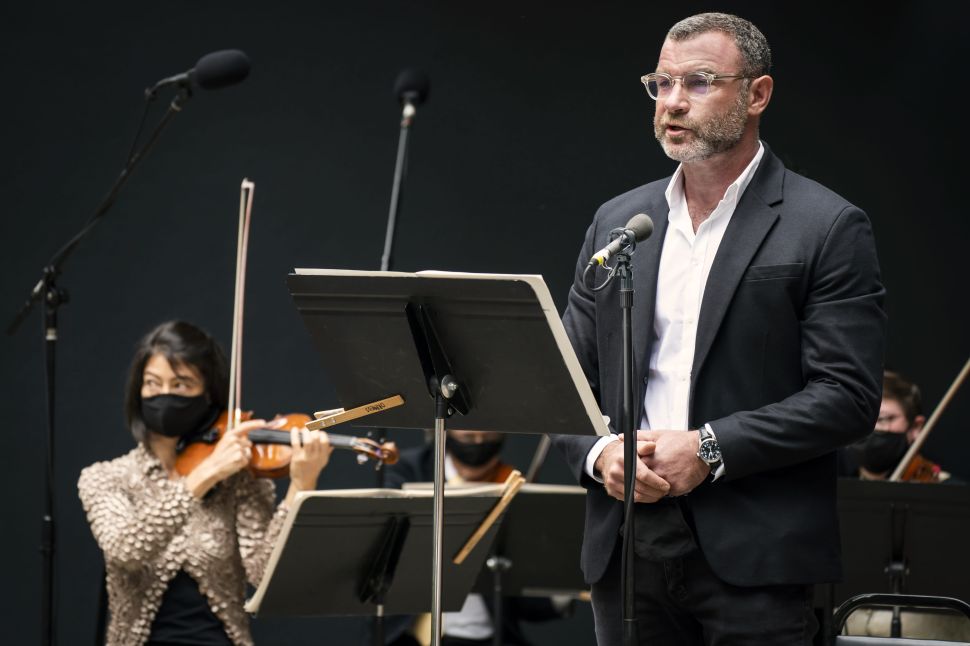