Is Disney+ all sizzle with no steak? Much like the Death Star engineers bypassing a critical design flaw, that might be an oversimplification. But it is fair to contrast the streamer’s flashy overall success with its relatively thin library of original programming.

Not even one year into its existence and Disney+ has already accrued more than 60 million worldwide subscribers. In terms of growth, the platform is blowing past the company’s five-year expectations and emerging as the Mouse House’s lone bright spot amid the crippling pandemic. Rousing success feels like an understatement. But at the same time, Disney+ has failed to produce more than two top-10 digital original in terms of audience demand this year outside of The Mandalorian and the final season of Star Wars: The Clone Wars, according to data firm Parrot Analytics.

The family-friendly service has rolled out more than two dozen original series since launching last November, but the majority are geared towards young kids. This has left the service without much must-watch content in the eyes of mainstream audiences. Recent viewing habits reflect that reality. 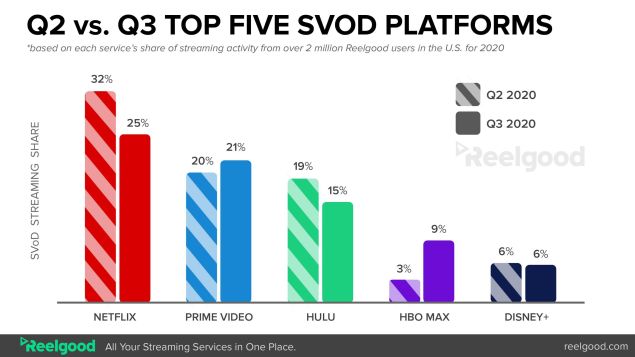 Reelgood—a streaming aggregator that tracks every TV show and movie available online for its 2 million U.S. users—tracked streaming activity across the second and third quarter of 2020 to determine the popularity of some of the biggest SVOD platforms over the last six months. Unsurprisingly, Netflix continues to dominate, though its share of streams has dropped by 22% compared to Q2. Notably, HBO Max has managed to outpace Disney+ this quarter with 50% more initiated streams via Reelgood.

Disney+ intended to debut its first blockbuster Marvel miniseries, The Falcon and the Winter Soldier, in August, but plans were disrupted by the pandemic. Meanwhile, Ridley Scott’s sci-fi series Raised by Wolves has emerged as HBO Max’s biggest original hit since launch, which helps to explain its positioning. Falling behind in the streaming race when a dearth of attractive original programming was already a concern isn’t ideal. But Q4 should be much kinder to Disney+.

Season 2 of The Mandalorian will debut on October 30, while Marvel’s WandaVision, which is already looking like a hit, is set to follow later this year. Both shows are expected to attract a surge of new users. Long-term, Disney has seven other Marvel miniseries in various stages of development as well as at least two new live-action Star Wars projects in the pipeline.

It seems misplaced to suggest that Disney+ needs to weather through this early storm when it is so clearly a growing force in the streaming industry. While the platform’s original coffers may be relatively bare outside of The Mandalorian in its first year of existence, that clearly won’t be the case forever. 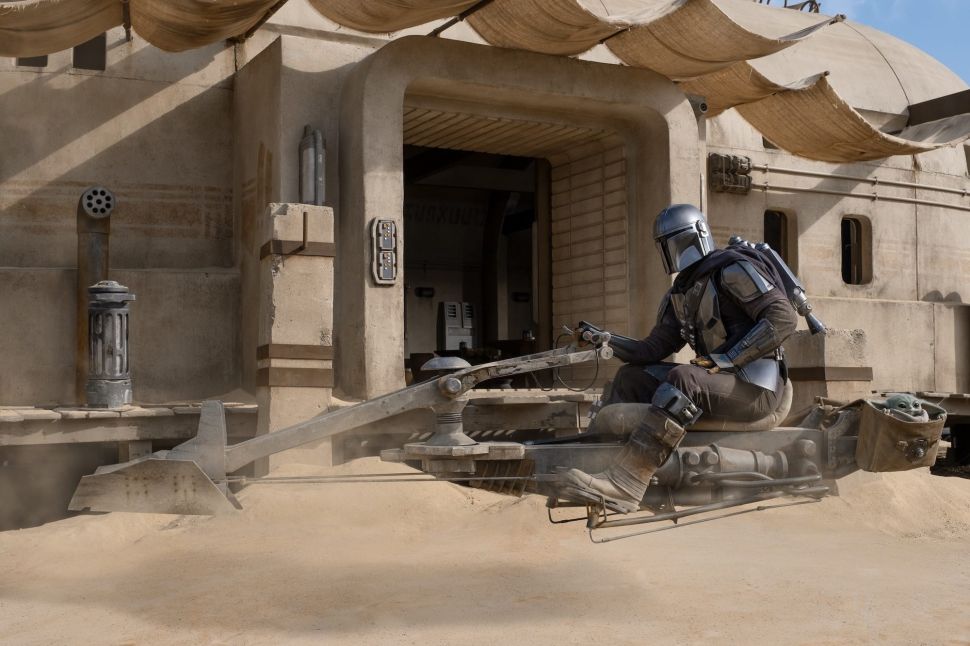