The Haunting of Bly Manor has added another page to the expanded universe of Henry James’s 1898 novella The Turn of the Screw. With nine hour-long episodes, it’s probably one of the vastest explorations of James’s stories so far, and the Netflix adaptation gives us the chance to revisit the Bly Manors of the past, among them a very peculiar one inhabited by Marlon Brando.

In 1971, a low-budget horror flick titled The Nightcomers absolutely bombed at the box-office. Probably Marlon Brando’s most obscure performance, it never received much critical praise, not even as a revived cult. But despite vanishing into the decades, this is also one of Brando’s most successful performances. Brando brought the character of the gardener Peter Quint both a magnetic attractiveness and a disgusting repulsion, earning himself a Best Actor BAFTA nomination at a moment in his career when he was all but a relic of a past era of film history.

The Nightcomers, directed by Michael Winner and written by the playwright Michael Hastings (Death Wish), sets off to be a prequel to the Henry James novella. Examining the going-ons of Bly Manor right after the death of young Flora and Miles’s parents, the film focuses on the perverse relationship these two establish with their nanny, Miss Jessel (Stephanie Beacham) and the gardener, Brando’s Peter Quint, who becomes responsible for the moral corruption of everyone around him.

Unlike the redemption the character gets in the Netflix series, which explains his despicable behavior as a result of childhood abuse, Brando’s Quint is a disgusting character. He curses, he slacks off at his job and he literally blows up a frog in front of the kids by making it smoke a cigar. He is unable to contain his sexual impulses, forcing Miss Jessel into bondage in one scene. But he also exudes a charm capable of capturing everyone around him (with the exception of the righteous housekeeper Mrs. Grose), the kids especially appreciate that he is the only one who treats them like adults, not lying to them about their parent’s departure and answering honestly their questions about love and death.

But their rapport quickly gets out of hand. Flora and Miles start following Peter Quint’s words and actions like gospel, leading Miles to spy on his sexual antics with Miss Jessel and wanting to replicate them on his sister, to know what it is like to love a woman. Eventually the kids fall so far into Quint’s vortex of turpitude that they take his words on the correlation between love and hate literally and kill both him and Miss Jessel—to allow them to love each other in the afterlife. This kicks off the ghost tales of the original text and of Mike Flanagan’s modern adaptation, The Haunting of Bly Manor.

For a prequel to a classic horror story that gets its power from the allusiveness of its horror, The Nightcomers is extremely forthright. The film lays it all bare. It stomps over the evocative prose of the original text and shows it all with a morbidity that would have been horrific 50 years ago but that will find contemporary audiences are likely too desensitized to.

Thinking of Brando as we do now with the full scope of his career in mind, his appearance in a forgotten movie like this might seem odd. The Nightcomers came at a very strange time for Brando. After his rise to undisputed sex-symbol status in the ‘50s with classics like A Streetcar Named Desire, Viva Zapata!, and On the Waterfront, the ‘60s brought with them a dry spell of big roles for Brando as he aged out of his real-life persona.

It took Francis Ford Coppola to convince studios to give him another chance at stardom. The same year he played Peter Quint, Brando also starred in the role that would turn his career around again and win him an Oscar, that of Don Vito Corleone in The Godfather. (It also came shortly after the proposal for a role in Bernardo Bertolucci’s Last Tango in Paris.)

What we see in The Nightcomers is a Brando who didn’t yet know what his career had in store for him, who had resorted to genre roles that may have felt beneath him, but who brought his immeasurable talent to them no matter what. While this is one of Brando’s lesser-known performances, his magnetic energy and charisma are still there, unchanged by the Irish accent and definitely not proportional to the budget of the movie.

However, watching The Nightcomers through this lens, of the naivety of an actor unaware of how his life and career are about to change in just a few short months, might be the perfect way to reconsider a Brando performance that fully encompasses, with body and soul, the anguish of desire.

The Nightcomers is available to rent via Amazon Prime. Trailer via KinoLorber. 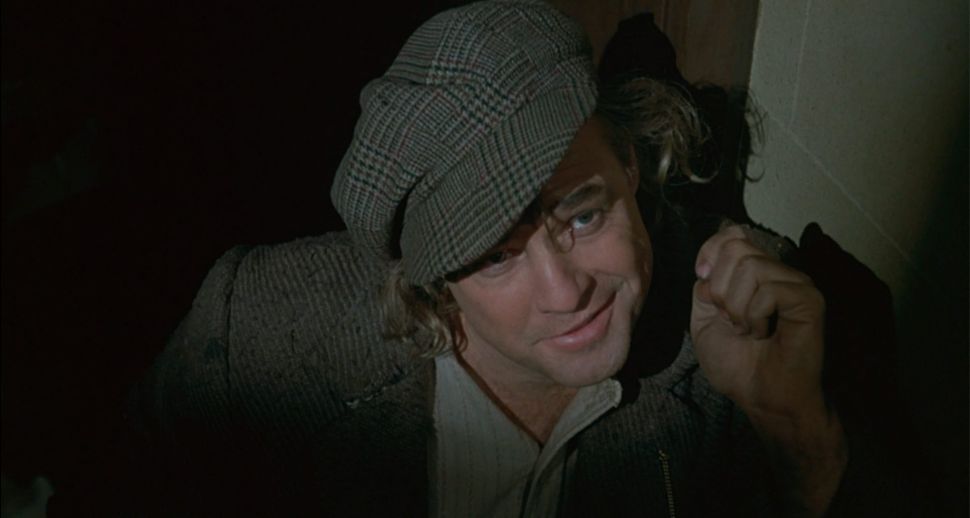