Considered one of Matisse’s most important muses, Henriette Darricarrère became most well known for the odalisque poses she modeled for the artist with her arms often folded behind her head or raised in the air. But Jeune fille assise, robe jaune, painted between 1921 and 1922, captures a very different side of her. This portrait depicts the dancer seated in a chair, looking peacefully over the artists shoulder. It leads Christie’s “Impressionist & Modern Art Day Sale,” which will take place live in New York City today at 10 a.m. Estimated to sell for between $700,000 and $1,000,000, the painting represents a crucial phase of the artist’s development: the period when he evolved from a modernist to a man obsessed with painting women in lush, static interiors. He’d converted his Nice apartment into a cocoon wherein his subjects would pose against backdrops of an extensive catalogue of exotic screens, fabrics and wall hangings.

Jeune fille assise, robe jaune shows Darricarrère sitting upright and gazing directly at the viewer in a manner that’s both self-possessed and full of seriousness. In the background of the painting is a North African fabric screen called a Haiti that also appeared in Matisse’s painting Deux femmes dans un intérieur mauresque. Matisse was fascinated by objects that fed into his passion for Orientalism, and this fabric screen is no exception; it lurks at the edge of the painting’s frame like a pointed reminder of the artist’s lust for globally relevant objects.

The painting was also last purchased by the American philanthropist and collector Caroline Mormon Fesler, who had the canvas in her possession until her death in 1961. At this point, the painting was gifted to the Indianapolis Museum of Art, and it remained there until the instance of this sale. In addition to the gorgeous Matisse, the auction also includes noteworthy canvases done by Renoir, Chagall and Raoul Dufy. They’re certainly worth perusing, even if you can’t afford them. 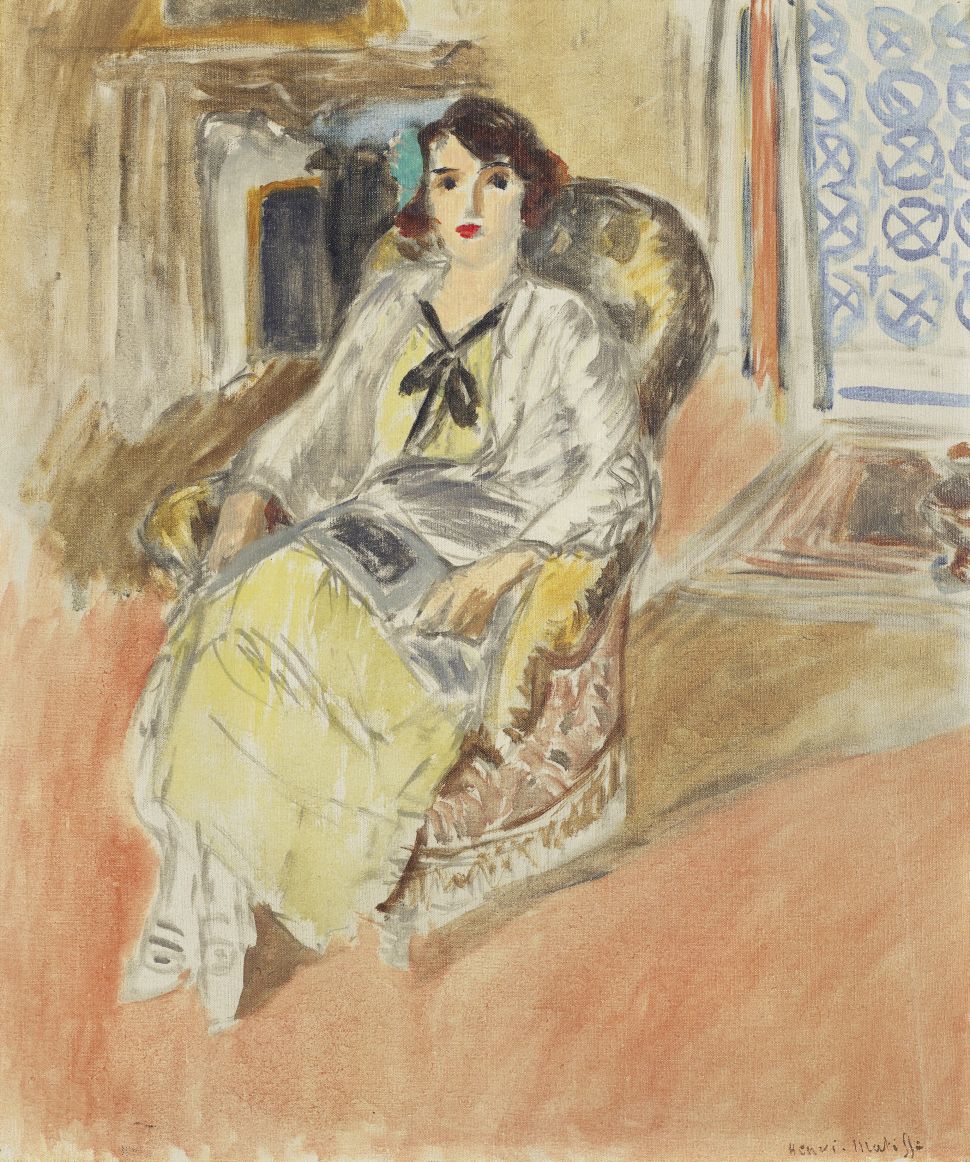