As the Metropolitan Opera’s generous program of streaming archival video performances enters its eighth month, the company has pretty well exhausted its back catalog. As such the Met is now mostly doing “reruns” of videos already presented, this time curated weekly around a theme: all Wagner, or all comedies or, in this week’s case, a set of works thematically related to the most terrifying day on the calendar.

No, I’m not talking about Halloween, but rather Election Day on Tuesday, November 3. In preparation for this momentous event, the Met offers Politics in Opera, repertoire spanning nearly three centuries of pieces more or less centered on that subject.

The gem of the collection kicks off the series tonight: Verdi’s Don Carlo in a heart-pounding performance from 1980. Centering the production is the protean soprano Renata Scotto as the hapless Princess Elisabeth of France, forced for diplomatic reasons to marry the stern and unloving Phillip II of Spain. Scotto, my favorite opera singer of all time, had a rare gift of endowing every work with a kind of focused gravitas. (A critic friend of mine who witnessed her jump-in performance as Elena in another of Verdi’s “political” operas, I Vespri Siciliani, told me that her silent entrance descending a vast staircase carried more political meaning than the entire three hours of another soprano’s vocalism in this piece.)

The soprano is joined by a particularly strong cast (Sherrill Milnes, Tatiana Troyanos, Paul Plishka) and conducted by James Levine in his best mid-career form.

A similarly lofty Verdi tragedy, Simon Boccanegra, also should make a firm effect on Wednesday night, despite a dated and tacky production by Giancarlo del Monaco and the superannuated tenor Plácido Domingo in the baritone role of the idealistic and ultimately tragic Doge of Genoa. More promising is Friday night’s presentation, Mussorgsky’s Boris Godunov, an epic on the downfall of a larger-than-life monarch.

Other presentations are more tangentially “political,” like Handel’s Agrippina on Tuesday evening, a highly fictionalized black comedy about intrigue in ancient Rome, displaced in time by director David McVicar so the Imperial family skulks around in power suits swilling martinis. Even in Joan Collinseque drag, mezzo-soprano Joyce DiDonato is in thrilling, majestic voice in the title role.

Sadly, among the many things wrong with Corigliano’s The Ghosts of Versailles (to be heard Saturday night) is its politics: the three-hour fantasia capes for the royalist faction in the French revolution, based on not much more than the sentimental notion that Marie Antoinette was an adorable waif. (With Teresa Stratas in the part, how could she not be?)

There’s a lot more nutrition in two more 20th century works rounding out the series: Nixon in China (Thursday) and Satyagraha (Sunday). The two operas approach their history in an allusive way that raises questions rather than answers them. John Adams’ Nixon is more a fever dream about the clash of mighty personalities, while Philip Glass’s Satyagraha applies the composer’s trademark driving rhythms and obsessive melodic figures to a nonlinear and ultimately pensive consideration of Mahatma Gandhi’s quest for racial justice.

And if all that is not enough to motivate you to go to the polls, a series of short films by chamber choir The Crossing should give you an extra nudge. The videos, based on works by composers such as David Lang and Ayanna Woods, premiere at 5:38 a.m. (get it?) and stream through Election Day. 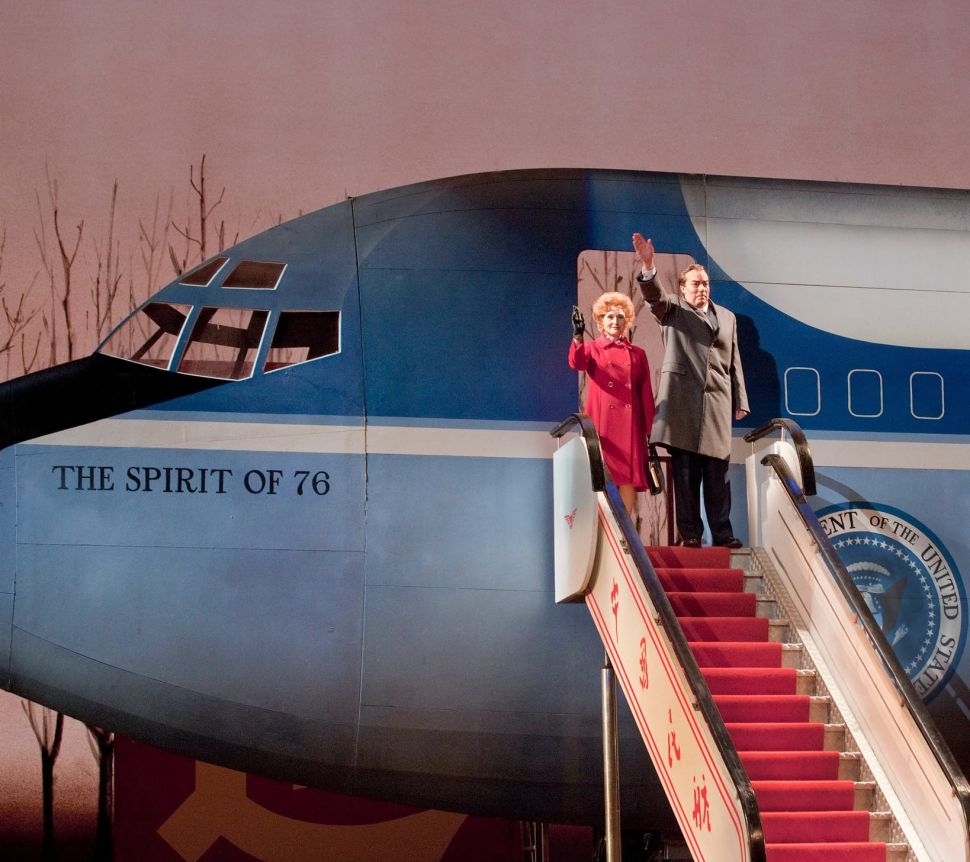