It’s almost winter. And our worst fear is coming true: COVID-19 cases are surging all over the world again—so much so that some countries are turning back to lockdown. What’s different this time around, though, is that we might have a working vaccine very soon.

Whether anyone gets it is another story entirely.

The U.S. government has secured access to six potential coronavirus vaccines, developed with federal money by Pfizer, Moderna, AstraZeneca, Johnson & Johnson, Novavax and Sanofi. All except Sanofi are in phase 3 trials. And despite testing hiccups in some of those final-stage trials, two frontrunners, Moderna and Pfizer, are both near the finish line.

In its third-quarter earnings report released Thursday morning, Moderna said it’s actively preparing for the global rollout of its experimental vaccine, mRNA-1273, and has received $1.1 billion in deposits from governments around the world awaiting the drug. (For comparison, the company recorded only $157.9 million in revenue in the third quarter.)

See Also: Here Are All the Side Effects of Every Top COVID-19 Vaccine Candidate in the US

Also on Thursday, Pfizer CEO Albert Bourla told The Times that the company has reached “the last mile” of vaccine development and expects phase 3 trial results to come out before Christmas. The drugmaker originally anticipated a verdict on its potential vaccine in October. That date had to be pushed back multiple times due to slower-than-expected testing progress and new submission criteria issued by the FDA recently.

“Let’s all have the patience required for something so important for health and the global economy,” Bourla said.

The new timelines provided by Moderna and Pfizer don’t sound bad. Yet, there’re still a few major scientific hurdles remaining. Both drugmakers have seen slower-than-expected infection rates among trial participants, meaning that they don’t have enough data to analyze whether people who received the vaccines were less likely to contract the coronavirus than those assigned to a placebo group.

Earlier this week, top U.S. epidemiology expert and director of the National Institute of Allergy and Infectious Diseases (NIAID) Dr. Anthony Fauci said in an interview that he doesn’t expect the FDA to approve the first COVID-19 vaccine before January 2021.

In fact, for many Americans, getting vaccinated by early spring seems unlikely.

“For many of us, we never thought that that was doable,” Michael Osterholm, director of the University of Minnesota’s Center for Infectious Diseases Research and Policy, told STAT News. “I commend Operation Warp Speed for what it has accomplished in the time it has, but to have vaccinated the U.S. population by March in my mind was never a realistic goal.”

See Also: There Won’t Be Enough COVID-19 Vaccines in the US—Who Will Get Them First?

Meanwhile, China is rapidly rolling out its locally developed COVID-19 vaccines and apparently taking a driver’s seat in global distribution through the WHO-led COVAX (COVID-19 Vaccines Global Access) Initiative. One of the most promising vaccines, developed by the state-owned China National Biotec Group, is being tested on hundreds of thousands of volunteers in the United Arab Emirates, Peru, Morocco and other countries, according to Los Angeles Times.

But Americans can’t count on Chinese vaccines just yet. “China has a number of vaccines that, at a technical level, look promising. But because they haven’t been submitted to a ‘gold standard’ regulator, they’re unlikely to be used extensively outside of China,” Bill Gates said on Monday during Yahoo Finance’s All Markets Summit. 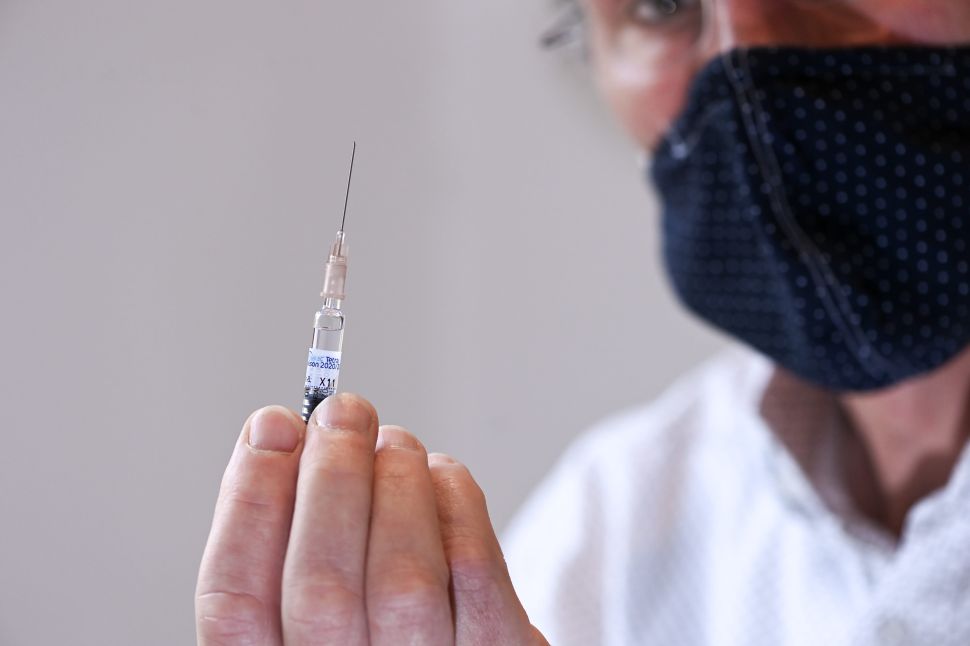