For the last few years, Nan Goldin, the photographer behind the landmark series The Ballad of Sexual Dependency, has thrown nearly all her efforts into holding the Sackler family accountable for the profit they’ve accumulated through the widespread marketing of the highly addictive painkiller OxyContin via their company Purdue Pharma. Due in part to her efforts, the Sacklers have been ousted from the art world and Purdue Pharma has been hit with over 2000 lawsuits. This week, Goldin wrote a piece for The Art Newspaper urging Congress to prevent the Sacklers from striking a deal for immunity with the Department of Justice, which is what they reportedly hope to do before Election Day. On Wednesday, Justice Department officials revealed to the Associated Press that Purdue Pharma will in fact plead guilty to to three federal criminal charges in accordance with settlement that amounts to over $8 billion.

Although this settlement money will partially go towards settling some of the thousands of lawsuits directed at Purdue Pharma, crucially, the newly agreed-upon deal does not absolve any of the Sackler family members or company executives from culpability. The criminal investigation into these individuals is still ongoing, which makes Goldin’s plea to Congress more relevant than ever. However, the charges that Purdue Pharma has been leveled with include the violation of federal anti-kickback laws, conspiracy to defraud the United States and one other charge that has yet to be specified.

Since 1999, the opioid epidemic has lead to the deaths of more than 450,000 Americans, according to the CDC. As such, Goldin believes the victims of active opioid distribution deserve their day in court. “Just as tobacco executives answered to the nation under oath about their misconduct, so should the Sacklers,” Goldin writes in the Art Newspaper in part. “We will continue to fight our institutions to address the injustice of the opioid epidemic. While we fear the Sacklers will buy their way out as they always have, but they can’t buy back their reputation.” 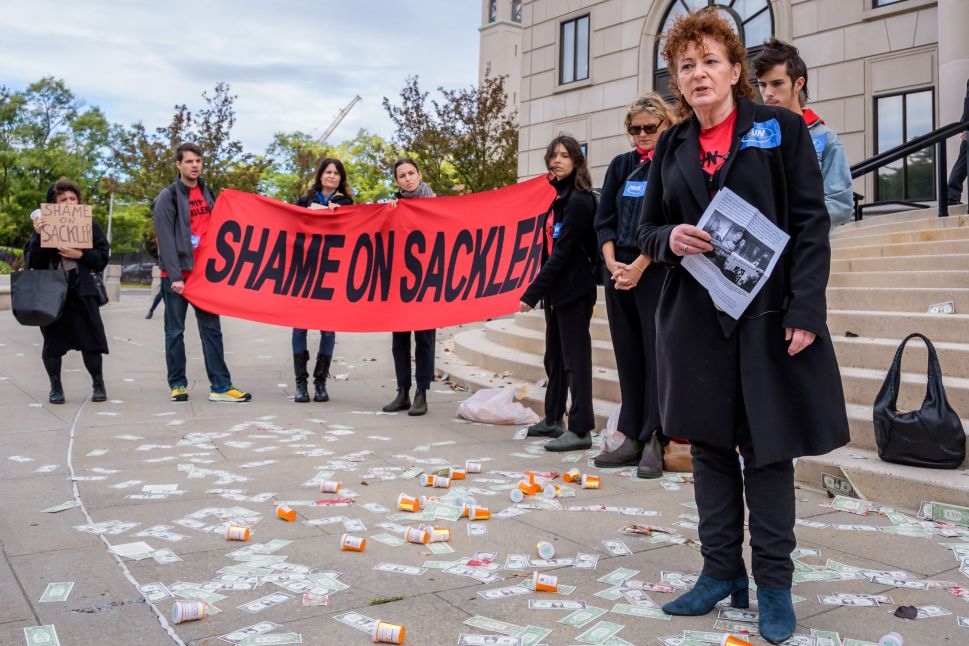