Forget water on the moon, NASA has now struck gold.

Asteroid Psyche is located at roughly 230 million miles (370 million kilometers) from Earth and measures 140 miles (226 kilometers) across, about the size of West Virginia. What makes it special is that, unlike most asteroids that are either rocky or icy, Psyche is made almost entirely of metals, just like the core of Earth, according to a study published in the Planetary Science Journal on Monday.

“We’ve seen meteorites that are mostly metal, but Psyche could be unique in that it might be an asteroid that is totally made of iron and nickel,” said Tracy Becker, one of the study’s authors and a planetary scientist at the Southwest Research Institute in San Antonio, Texas.

Using ultraviolet spectrum data collected by the Space Telescope Imaging Spectrograph on the Hubble Space Telescope during two observations in 2017, researchers deduced that Psyche’s surface could be mostly pure iron. However, they recognized that the presence of an iron composition of as small as 10 percent could dominate ultraviolet observations.

Psyche is the target of the NASA Discovery Mission Psyche, expected to launch in 2022 atop a SpaceX Falcon Heavy rocket. Further facts about the asteroid, including its exact metal content, will hopefully be uncovered when an orbiting probe arrives in early 2026.

“16 Psyche is the only known object of its kind in the Solar System, and this is the only way humans will ever visit a core. We learn about inner space by visiting outer space,” Lindy Elkins-Tanton, the lead scientist on the NASA mission and the director of Arizona State University’s School of Earth and Space Exploration, said in a statement announcing the mission in January 2017.

The asteroid is believed to be the dead core left by a planet that failed during its formation early in the Solar System’s life or the result of many violent collisions in its distant past.

“Short of it being the Death Star… one other possibility is that it’s material that formed very near the Sun early in the Solar System,” Elkins-Tanton told Forbes in an interview in May, 2017 interview. “I figure we’re either going to go see something that’s really improbable and unique, or something that is completely astonishing.” 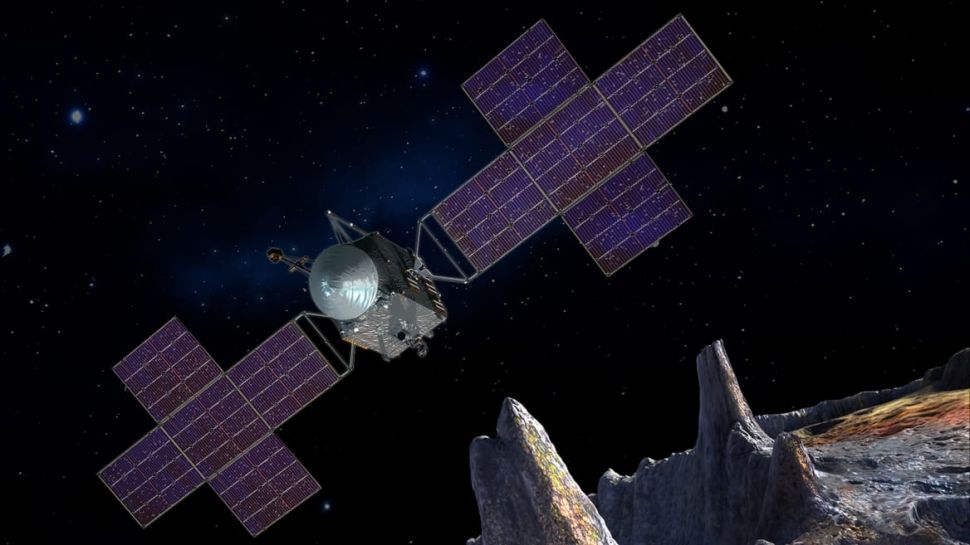