Since NASA retired the U.S. space shuttle program nine years ago, the space agency has relied solely on Russia’s Soyuz rockets to fly American astronauts to the International Space Station. That long and once-unlikely partnership ended on Wednesday after a Russian spacecraft carrying a U.S. astronaut took to the sky for the last time.

On Wednesday morning, a Soyuz MS-17 spacecraft with NASA astronaut Kathleen Rubins and two Russian cosmonauts onboard blasted off atop a Soyuz-2.1a rocket from the Russian Space Agency’s Baikonur Cosmodrome launch facility in Kazakhstan.

It would be the last time NASA paid for such a mission. Starting next month, all future ISS flights involving American astronauts will be operated by SpaceX’s Crew Dragon spaceflight, which completed its final crewed test in May.

The Crew Dragon’s first official mission will fly three NASA astronauts—Michael Hopkins, Victor Glover, and Shannon Walker—as well as Soichi Noguchi, from the Japanese space agency (JAXA), to the ISS. The flight was originally scheduled for October, but has been postponed to early to mid-November due to engineering issues with the first-stage engine gas generators on the Falcon 9 booster.

NASA’s dependence on Roscosmos rockets has been a controversial issue among American politicians for years. In 2014 (after Russia’s annexation of Crimea), the federal space agency awarded two multi-billion-dollar contracts to Boeing and SpaceX, commissioning them to each build a spaceship system that can transport U.S. astronauts to the ISS.

SpaceX completed the job first. And the space vehicle built by Boeing is expected to fly next year.

As NASA switches to domestic launch partners, there’s now talks about selling some of SpaceX’s and Boeing’s future seats to Russia, like Roscosmos has to NASA. However, it’s unclear whether that arrangement will materialize, as a space Cold War brews under the surface of escalating geopolitical tensions.

NASA is seeking Russian participation in other space collaborations as well. The most prominent of all is NASA’s Artemis Program, which involves ambitious plans to bring humans back to the moon by 2024 and build a permanent space station called Lunar Gateway in lunar orbit. NASA has invited all ISS partners to join the effort.

As of Tuesday, seven countries—Australia, Canada, Italy, Japan, Luxembourg, the United Arab Emirates, and the U.K.—have signed up for the Artemis Accords, a set of ground rules for nations to explore the moon and Mars and other future deep-space missions. Russia is notably missing. So is China (which is not surprising, since NASA is legally prohibited from working with China.)

On Monday, Roscosmos chief Dmitry Rogozin, Russia’s former Deputy Prime Minister, said at a conference that the Artemis Program in its current form “is too U.S.-centric. so Russia is likely to refrain from participating in it on a large scale.”

The United States and Russia spent decades in the first space race. Now, after thawing and years of collaboration, a new race may be ramping up. 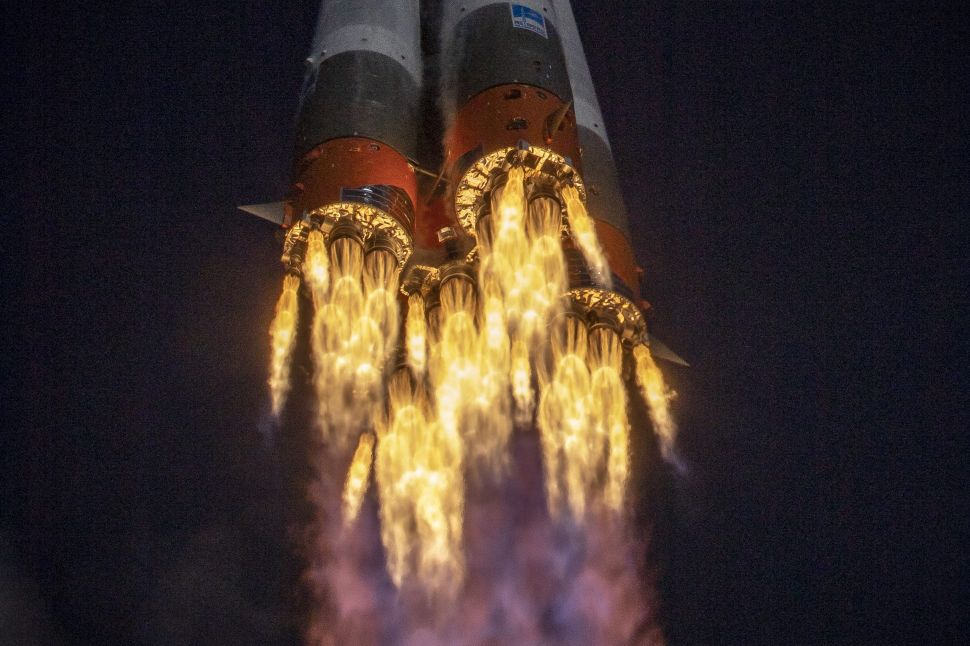