In October of 2019, reports emerged that the FBI had confiscated a 19th century painting from the Arkell Museum in Canajoharie, New York that depicts a wintery scene of two ice skaters. The painting, which is called Winter and was made by the American artist Gari Melchers, was looted by the Nazis in 1933 and stolen from a German-Jewish publisher’s family; over the years, the painting had somehow managed to wind up in a museum in upstate New York. On Thursday, according to AP, the painting has successfully been returned to the descendants of the Mosse family, who also lost more than 1,000 other artifacts and pieces of art in the 1933 Nazi raid.

The return of Winter to the Mosse family is just one part of the Mosse Art Restitution Project, which was started in 2011 in order to return all the artwork looted by the Nazis to the family. Thus far, the project has recovered over 50 items from all over the world, including Switzerland, Israel and Austria. “The Mosse family lost nearly everything because they were Jews. But they did not lose hope,” Antoinette Bacon, the acting U.S. Attorney for the Northern District of New York, said in a statement regarding the return of Winter to its rightful owners. “While this certainly does not take away the pain the that the Mosses endured, I hope it provides the family with some measure of justice.”

Attempting to correct the vast amounts of damage done by Nazi looting has also lately been a project taken on by Christie’s, which has worked extensively with the FBI in order to repatriate certain artifacts. In August of 2019, for example, Christie’s was able to return 16th century Louis XVI vases stolen from Lucie Mayer Fuld in 1939 to Mayer Fuld’s descendants after an extensive search. Like the Mosse family, Mayer Fuld had been stolen from extensively: the Nazis took “13 paintings, 18 sculptures, and more than 482 craft and folk artworks, as well as two library objects, and two graphic objects” from her in total. 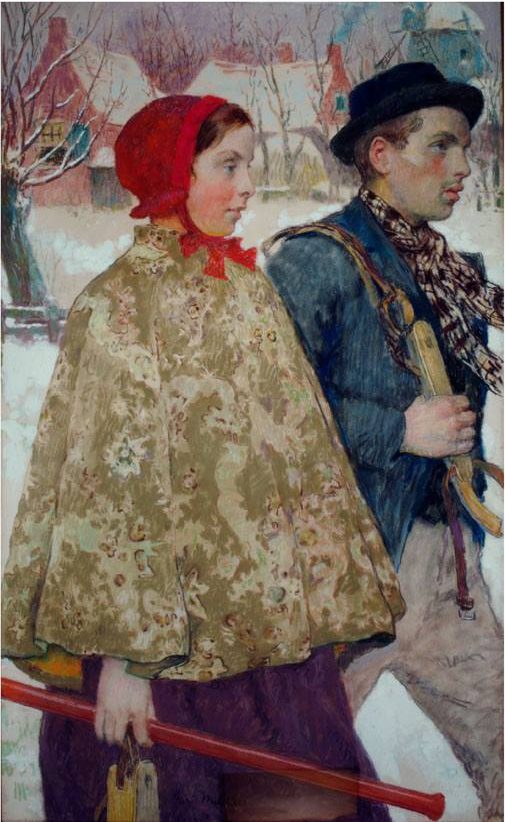