Despite the presence of LeBron James and the Los Angeles Lakers, the NBA’s marquee player and franchise, the league continues to see its Finals ratings plummet to previously unfathomed lows.

Game 1 between the Lakers and Miami Heat posted the worst viewership of any Finals game in NBA history with just 7.41 million viewers, a 45% free fall compared to last year’s Game 1 between the Toronto Raptors and Golden State Warriors. One would assume there was nowhere to go from there but up. One would be wrong. Each successive game has posted a new all-time low with Game 2 averaging just 6.6 million viewers and Game 3 attracting just 5.9 million, per Sports Media Watch. Prior to this year, the record low came all the way back in 2003.

In 2014, the NBA signed a nine-year television deal with the Disney-owned ABC/ESPN and TNT that generates annual league TV revenues of $2.66 billion beginning with the 2016–17 season. These finals, simulcast on ABC and ESPN, arrive after the regular season also saw audience dips. But don’t blame the Lakers or the Heat for this most recent ratings rout.

We are living through the age of the unknown thanks to the coronavirus pandemic where nothing in the sports world even remotely approaches normal. For that reason, we simply do not know if this is a blip on the radar due to extreme circumstances or something more.

The NBA was shut down for more than three months before relaunching in the bubble, a hiatus that may or may not have resulted in waning interest. The late September Finals start is jarring for NBA fans that are used to celebrating championships in June. The mid post-season strike over social justice may have lost a small contingent of provincial viewers and the lack of home court antics and live fans may also play a role in the depressed ratings.

And it’s not just basketball. The Stanley Cup Finals, four rounds of golf’s U.S. Open, the Kentucky Derby and Indy 500, each of which suffered delays due to the coronavirus, have all seen double digit drops in viewership, according to Sports Media Watch. After a rocky return in Week 1, the NFL ratings have rebounded to their typical gold standard.

Under normal circumstances, the NBA Finals aren’t forced to compete with NFL games, which will always reign supreme in the American sports hierarchy, as well as the MLB playoffs and NCAA football. Sunday’s Game 3 went head-to-head with Sunday Night Football, which saw 180% more viewership with more than 15 million tuning in. When you’re operating in a completely new sector of the calendar, new obstacles arise. As such, perhaps we shouldn’t be so taken aback with the new results. Comparisons to ratings of years past may simply be impractical in the year of the pandemic.

We understand the precipitous viewership drops for the annual Oscars and Emmys ceremony and how changing viewership habits may bleed over into sports to a degree. While the all-time low NBA Finals ratings are still shocking, they may also just be the inevitable conclusion to what has been the strangest year on record. 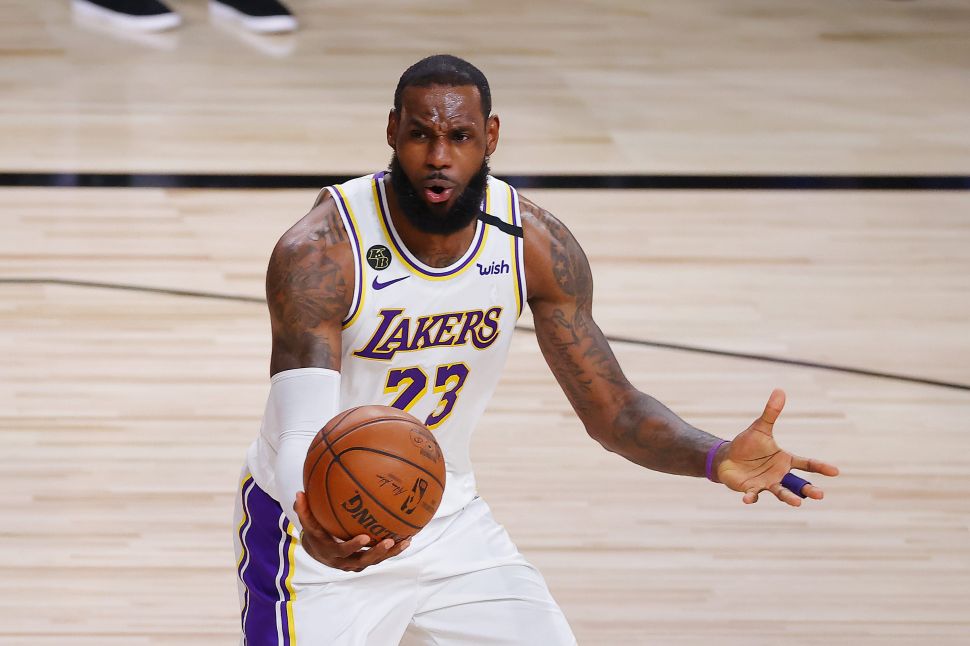