After adding 26 million new customers in all of 2019, Netflix added 28 million in the first half of 2020 alone. It’s Netflix’s world, we’re just paying rent.

The coronavirus pandemic bred rampant home confinement across the world and the market-leading streaming service was there to benefit. As the only consistent provider of fresh new content early this year, Netflix was uniquely positioned to leverage the unprecedented circumstances and generate record-breaking growth. But as the company itself warned while riding this unsustainable wave, all good things must come to an end.

Netflix reports earnings for its third quarter on October 20 and a slowdown in subscriber growth is inevitable. While fewer people canceled their subscriptions over the last three months, Netflix’s international subscriber growth fell below the levels of Q3 in 2019, according to leading market intelligence company SimilarWeb. After a deluge of activity in the first half of 2020, Netflix is now facing what is likely its slowest quarterly growth since Q2 2018.

SimilarWeb estimates that Netflix’s paid international subscriber base grew 29% year over year during the third quarter. In third quarter of 2019, SimilarWeb estimated that Netflix’s international subscribers grew by an estimated 37%, which was in line with the 35% bump the company reported outside of the U.S. and Canada in its official numbers. Given the strong historical correlation between SimilarWeb data and Netflix reported global paid member growth overseas, this is a good indication of the number the company is expected to announce in its upcoming quarterly earnings call. 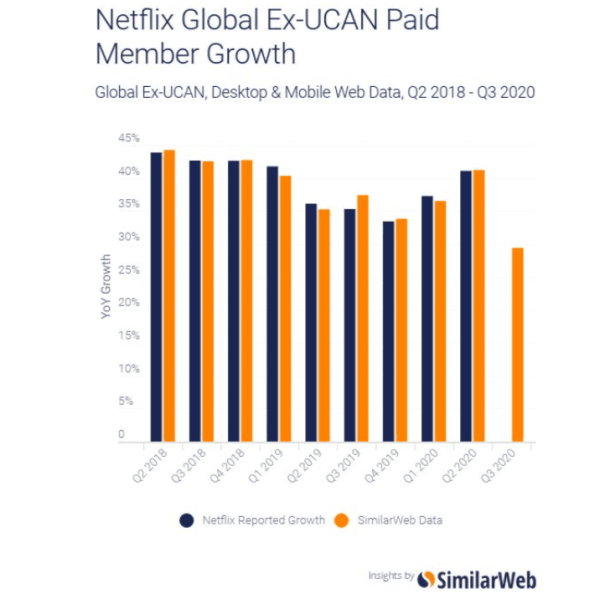 To be clear, Netflix’s paid memberships are still growing, but that growth has decelerated, especially when compared to this year’s early surge. As of this writing, Netflix shares were trading at nearly $540, a 26% increase from six months ago. Yet it’s important to remember that Netflix missed revenue projections in Q2, causing their stock to tumble a bit in the immediate aftermath. Projecting where the company’s stock ends up after its Q3 earnings report will depend both on raw growth numbers and revenue splits.

Despite the controversy surrounding French film Cuties and a peak in Netflix cancellations in September, Q3 saw negative growth in cancellations; both Quarter-over-Quarter (-10.3%) and Year-over-Year (-27.5%). 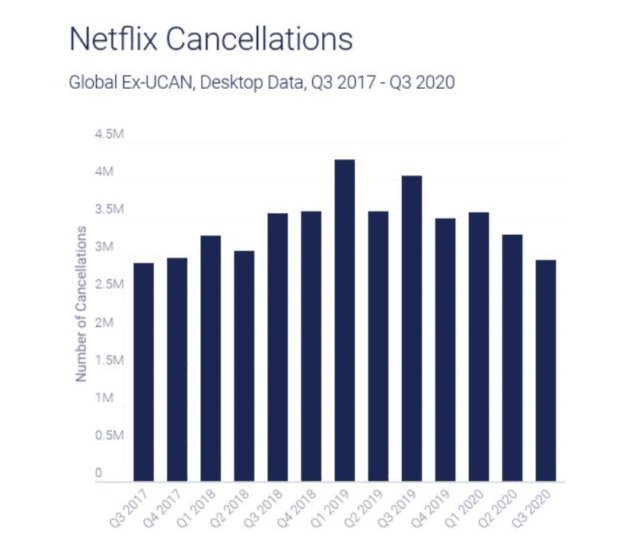 Season 2 of The Umbrella Academy emerged as a significant hit for Netflix this summer as did the arrival of Cobra Kai. They paired nicely with popular older mainstays such as Stranger Things, Lucifer and The Witcher to sustain viewership. On the film side, Charlize Theron’s The Old Guard, Millie Bobby Brown’s Enola Holmes and Jamie Foxx’s Project Power all goosed Q3 viewership as well. In Q4, viewers can look forward to David Fincher’s Oscars hopeful Mank and Season 4 of The Crown. 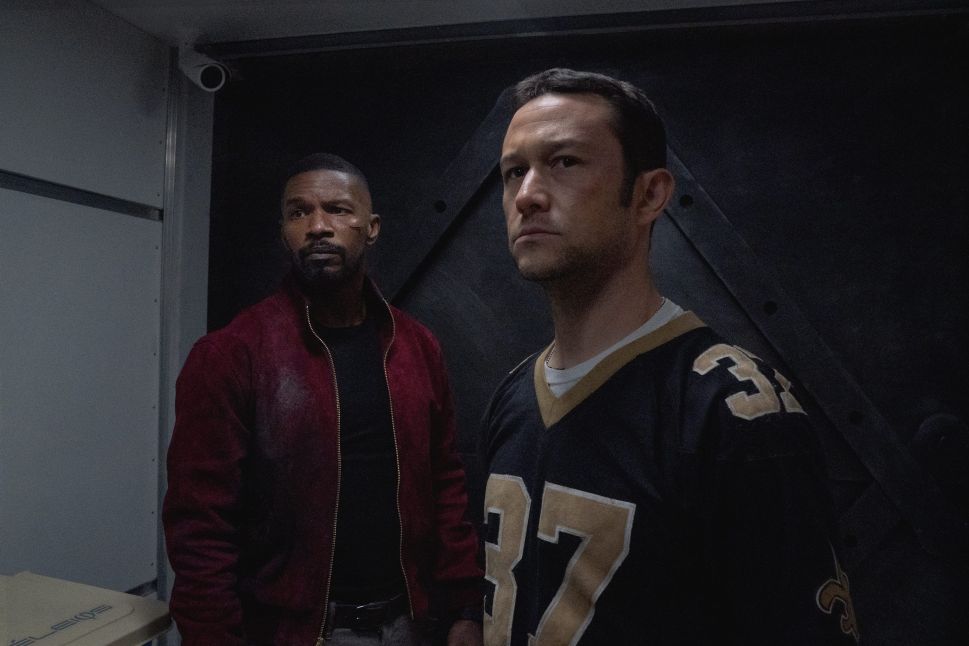