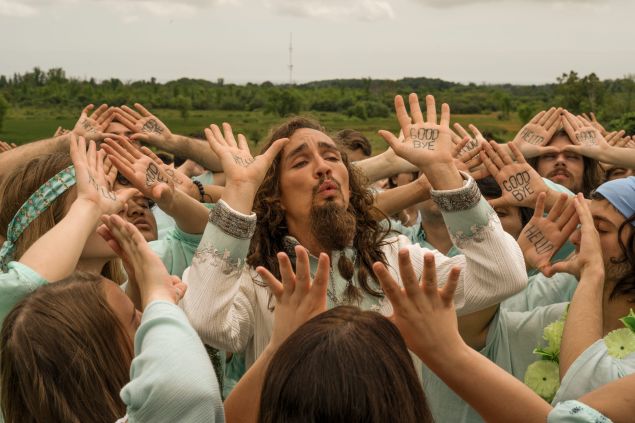 Over the last seven months, it’s become apparent that the home confinement forced by the coronavirus has been a boon for major streaming video on demand (SVOD) platforms such as Netflix. Major streamers have seen record sign-ups and all time high traffic on their services. With movie theaters, bars and restaurants, and other public entertainment options closed off, what other avenue did we have to turn to aside from the comforts of television? Yet even has a resurgence of new COVID cases hits America, industry is slowly beginning to inch back toward business as usual (well, not for movie theaters).

As a result, our SVOD consumption has slowed and the unprecedented momentum major streamers had generated in the first half of 2020 has slowed with it. Reelgood—a streaming aggregator that tracks every TV show and movie available online for its 2 million-plus U.S. users—analyzed streaming share by service type (SVOD, advertising-based video on demand, rent and buy TVOD, and linear TV) for Q2 and Q3 of 2020. 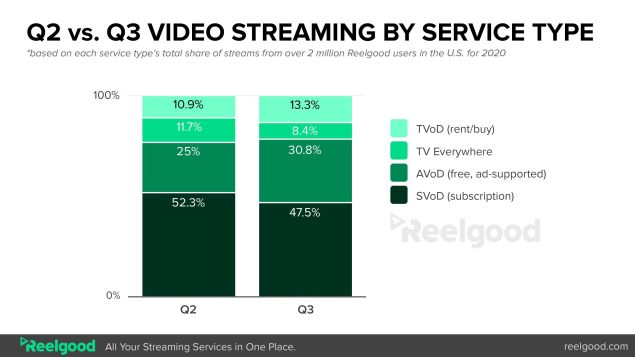 This quarter, SVOD as a whole saw a 9% drop in streaming share compared to Q2. Meanwhile, AVOD (which is ad-supported some as Hulu’s basic tier and Peacock Free) is up by 23%, and initiated streams for TVOD jumped up 22%. The increase in TVOD streaming in Q3 makes sense in light of several high-profile releases such as Bill & Ted Face The Music, Mulan, Ava and Antebellum—all of which consumers were more than happy to spend their money on, based on how each one has topped various VOD charts at one point or another.

Thanks to another round of movie delays, the 2020 release schedule is all but kaput. As the country enters fall and winter and the weather begins to change, Americans will find themselves confined to the home once more. The combination may once again boost streaming totals. 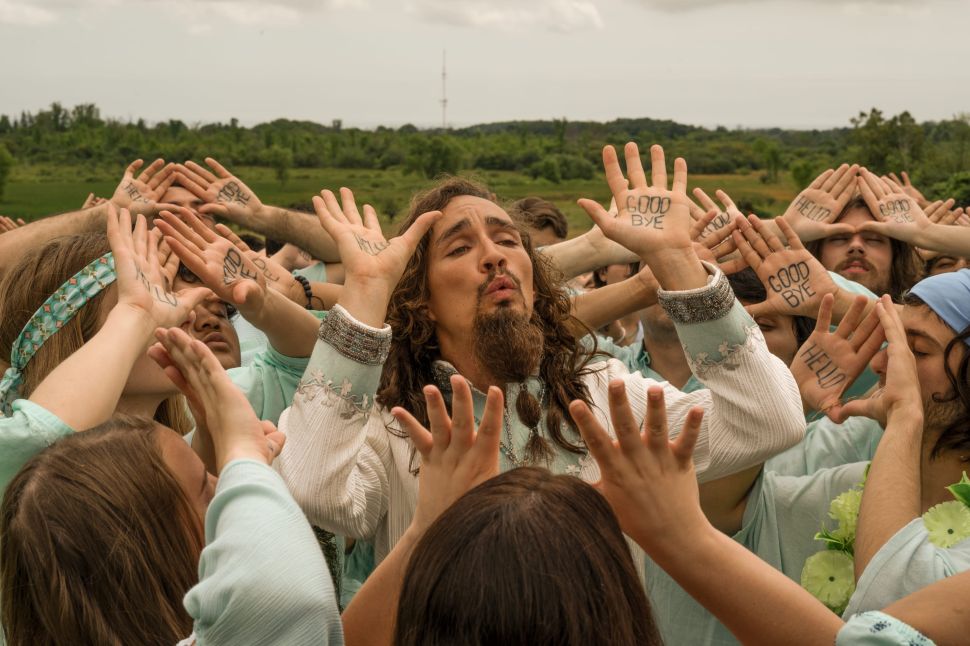