Partly spurred by the coronavirus pandemic that has gravely wounded the American moviegoing industry, unprecedentedly massive film acquisition deals have been struck by major streaming players. Apple TV+ shelled out $70 million for Tom Hanks’ Greyhound, Disney acquired Lin-Manuel Miranda’s Hamilton for $75 million before rerouting it to Disney+, and Amazon dropped a whopping $125 million for Eddie Murphy’s Coming 2 America. With each passing day, a new single-film acquisition record seems to be set. But despite repeated release delays, no blockbuster film has followed the same route and for good reason. The economics of releasing a tentpole feature via on-demand or streaming simply don’t add up. But that hasn’t slowed industry-wide speculation.

Film critic Drew McWeeny generated quite the conversation this week on Twitter when he alluded that major streaming services have been inquiring about the availability of Daniel Craig’s long-delayed James Bond swansong No Time to Die.

I can't get my head around the idea that we may well see James Bond debut on Apple TV+ or Netflix. The numbers I've been hearing the last few days are I N S A N E…

It is all but assured that 007 producer Barbara Broccoli and Eon Productions will wait out the pandemic to guarantee a theatrical release for No Time to Die. But it can’t hurt to explore this possibility from an industry standpoint for fun. But before we explore No Time to Die‘s theoretical asking price, we must first understand how and why such massive movie streaming deals are popping up.

“Generally speaking, the acquisition of a feature film by a streaming service is not substantively different from a studio,” Matthew Wilson, partner and co-chair of Arnall Golden Gregory LLP’s Entertainment & Sports industry team, told Observer. “In both cases it’s a cost/benefit business decision that is determined by some person crunching numbers and assessing risk. We all know that the big streaming services are raking in more dollars and capturing more eyeballs with each passing day. At the same time, the studios really can’t access their distribution chains (i.e., the theaters), so they are more hesitant to take on the risk of a big investment.”

He continued: “The presumption of the streamers is that they secure new consumers by locking in the blockbusters. It’s an expensive gamble, but I must assume they know what they are doing. The market is growing on the supply side and demand side, so maintaining market share is going to require taking big chances, right?”

So a confluence of factors—including a logjam of delayed product, a surge in streaming and direct-to-consumer viewership, and debilitating uncertainty regarding the future theatrical model—has created this current marketplace. But despite the desperation, no studio has been willing to send a blockbuster film to streaming. (Disney delivered Mulan domestically via Disney+ Premier Access to disappointing results). If theaters remain compromised through the first half of 2021, No Time to Die is looking at a third release delay, which will only further inflate the insurmountable marketing costs that the studio has already incurred.

“From a North American box office perspective, I’d say MGM would likely be very happy with $150M for the domestic rights,” Jeff Bock, Senior Box Office Analyst at Exhibitor Relations, told Observer. “That’s a solid price point that would net them around 50% of what the highest Bond film, Skyfall, grossed in the U.S. and Canada. That said, content is more in demand than ever before and it’s obviously a seller’s market. With Coming 2 America hitting $125M, one could see No Time to Die breaking records with upwards of $200M. Would save MGM a ton in marketing costs, too. If the buyer is there, theaters beware.” 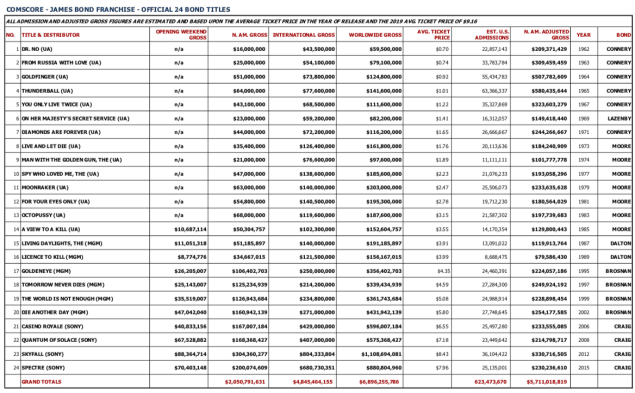 The James Bond series has always been a hit with international audiences and a strong box office draw outside of America, where most of the world’s theaters are reopened. For that reason alone, it’s doubtful No Time to Die ever arrives via streaming. But the ties between 007 and the big screen go much further than pure dollars and cents.

“The route that No Time to Die has taken to reach consumers is worthy of the intricate plot of a Bond movie itself at this point,” Paul Dergarabedian, Comscore’s Senior Media Analyst, told Observer. “But Barbara Broccoli and Eon Productions want the prestige and exclusivity of a theatrical release as much as Bond himself wants the prestige and exclusivity of whatever watch he’s wearing. 007 is an icon of cinema that has gone hand in hand with the development of the movie theater industry over 60 years.”

In lieu of the massive eight- and nine-figure acquisition deals we’ve seen in 2020, is there a price point at which it becomes too difficult to say no? The fact that we’re even having this conversation speaks to the widespread audience demand for 007.

“It would have to be a higher number than any of those,” Dergarabedian said in reference to this year’s previous mega deals. “Honestly, I don’t know if there is a number that would make the producers go that route. You’d have to bankrupt Goldfinger to get this to happen.” 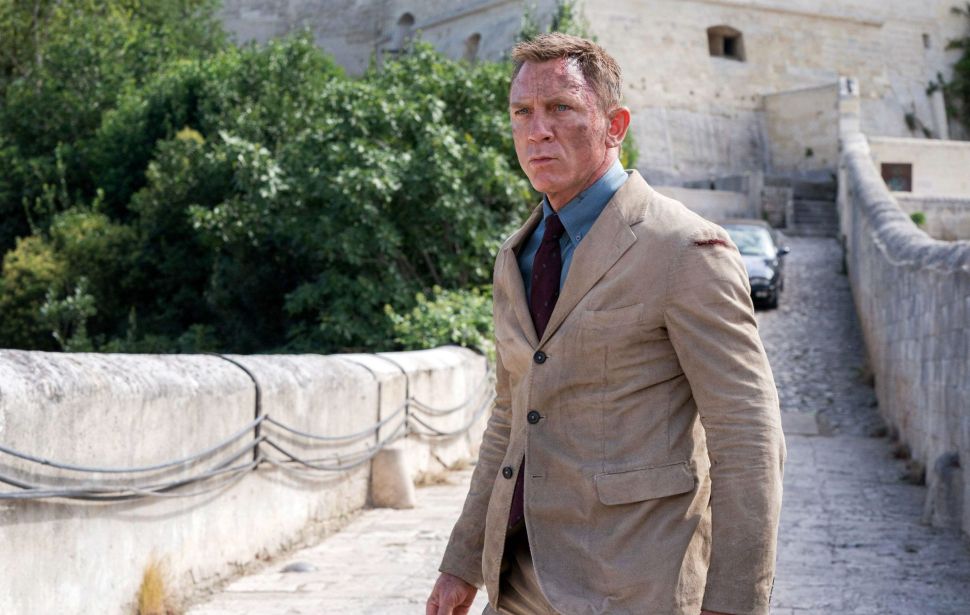