This October, fiction offers a welcome reprieve from a reality suffused with campaign ads and debates, ongoing COVID concerns, and devastating natural disasters. Why watch the world burn when you could read brilliant, lucid literary minds explore love, war, privilege and the strangeness of being alive today? The five novels below are cerebral, entertaining reminders that art can help us make sense of an insane world.

Leave the World Behind by Rumaan Alam (Ecco, October 6)

Longlisted for the 2020 National Book Award in Fiction, Rumaan Alam’s Leave the World Behind captures the anxieties of a particular East Coast set. Issues of race, class, parenting, open office plans, marriage, what to buy at the grocery store—and whether it’s sexist that your male spouse always drives the family car—infuse the pages of this suspenseful novel.

Leave the World Behind tracks a Brooklyn family’s summer trip to Long Island. Clay, Amanda, and their two children are enjoying a quiet vacation when two strangers, Ruth and G.H., appear at their door. A strange storm is battering the region—or is it the onset of the apocalypse? As increasingly dark, weird events begin unsetting the household, the book veers smartly from realist fiction into page-turner, horror territory.

By far the strangest offering on this list, Earthlings provides a wild, feminist ride. As a child, the book’s protagonist, Natsuki, contends with familial abuse by pretending she might be an alien. Her closest confidantes are her plush hedgehog, Piyuuyt, and her cousin, Yuu. She’s eager to escape both her household and conventionality at large—she dreads becoming the demure woman and mother that society expects her to be.

As an adult, Natsuki enters into an unconventional, childless marriage with another outsider, Tomoya. The duo reunites with Yuu, and all three attempt to rebuild rebellious new lives for themselves in increasingly dark and violent new ways.

More metaphysical mystery than standard detective fare, Patrick Modiano’s Invisible Ink follows private eye Jean Eyben. In the first part of the novel, he unsuccessfully attempts to track down a missing woman, Noëlle Lefebvre. Modiano returns to Eyben’s story thirty years later, as the character reconsiders the case, his own past, and memory itself. Paris becomes a vivid, ever-changing character as Eyben wanders the city streets, noting how the landscape has shifted and developed over the decades.

Bryan Washington writes some of contemporary fiction’s most tender stories. New York Times critic Dwight Garner named his 2019 collection, Lot, one of the ten best books of the year. Queer love, family dynamics, Houston settings, and cooking are some of Washington’s fictional mainstays (his bread pudding and soondubu jjigae videos for The New Yorker are also winning), and the young writer has brilliantly united them all in his new novel, Memorial.

The novel features a young couple, Mike and Benson, at a pivotal moment in their relationship. When Mike jets off to Osaka to visit his dying, estranged father, he leaves Benson to entertain his mother, Mitsuko, who’s flown to Houston for a visit. The new configuration allows the men to reevaluate their bond and their views on family—with plenty of time for Benson and Mitsuko to connect (and disconnect) in the kitchen. 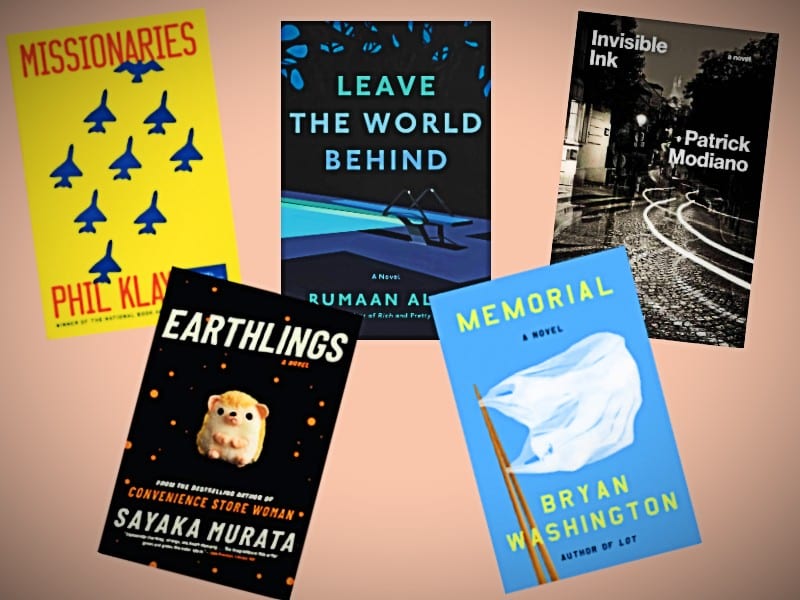