During Monday Night Football on ESPN, Disney unveiled a brand new sneak peek at the upcoming highly anticipated second season of Disney+’s The Mandalorian. Naturally, this sent the internet into hyperdrive. Fans are hungry for any and all information they can get on the upcoming new season—which is tracking to be another massive Star Wars hit for Disney—and the brief teaser was immediately dissected, analyzed, and evaluated for clues by Film Twitter. Unfortunately, the downside of all this attention was the resurfacing of an unfound rumor revolving around series lead Pedro Pascal.

The next chapter begins. Start streaming the new season of #TheMandalorian Oct. 30 on #DisneyPlus. https://t.co/FgAZaeMZbp

In September, it was “reported” (sarcastic air quotes implied) that Pascal, who plays the titular Mandalorian Din Djarin had quit filming halfway through Season 2 over complaints that he wasn’t able to show his face. This seems to ignore the fact that the actor was fully aware of the character design and plan when he initially met with creator Jon Favreau to discuss the role.

While it’s true that due to scheduling conflicts, Pascal couldn’t always be the physical presence in the Mandalorian armor during Season 1, his stunt and body doubles have had nothing but praise for the actor.

“The great thing about him is he’s not impressed with himself,” Brendan Wayne told Vulture after Season 1. “He’s just an actor. And I mean that in the good way, not the bad way. He likes to learn and he likes to collaborate and he’s very good at it”

Phil Szostak, the creative art manager for Lucasfilm, also toured The Mandalorian set in February long after Pascal was said to have walked out on production. Yet, sure enough, he had the chance to speak with the actor who was indeed on set.

From the Lucasfilm art department’s #TheMandalorian Season 2 set visit in mid-February, the last of many months of shooting. Poked around the incredible Stagecraft LED volume, where I got to give the titular Mando himself, Pedro Pascal, a “hey there” on the way out.#StarWars https://t.co/SsHd8VIkPV

Let’s also put aside Pascal’s highly positive reputation in Hollywood (one that has been corroborated by Wonder Woman filmmaker Patty Jenkins) for a moment. The Mandalorian is a massive global success on par with Netflix’s Stranger Things in terms of audience demand and viewership. It is the flagship series of Disney+, a streamer that has accumulated more than 60 million subscribers in less than a year. And Pascal is at the very center of it in the biggest role of his career. Anecdotally speaking, it’s raised the actor’s profile based on Google Trends searches. 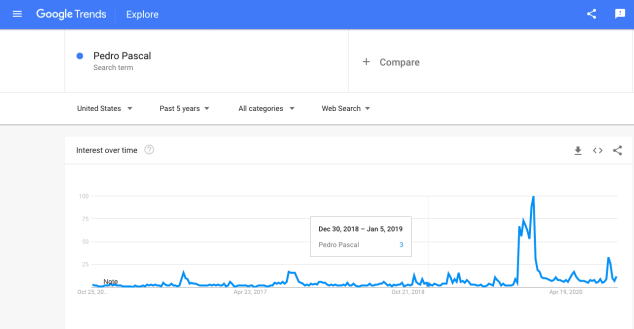 This rumor that continues to resurface is just that: a rumor. Pedro Pascal is very much still the star of The Mandalorian and has been at the forefront of Season 2’s marketing push. Given the ambitious plans Disney has for the Star Wars brand on Disney+, we don’t expect him to leave anytime soon.

The Mandalorian Season 2 will premiere on Disney+ October 30. 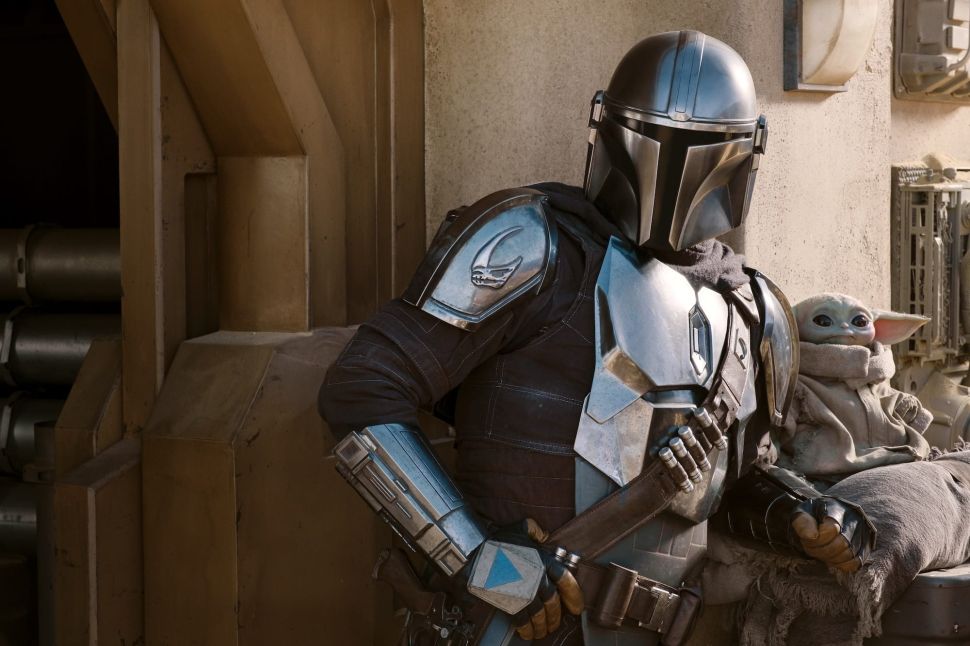