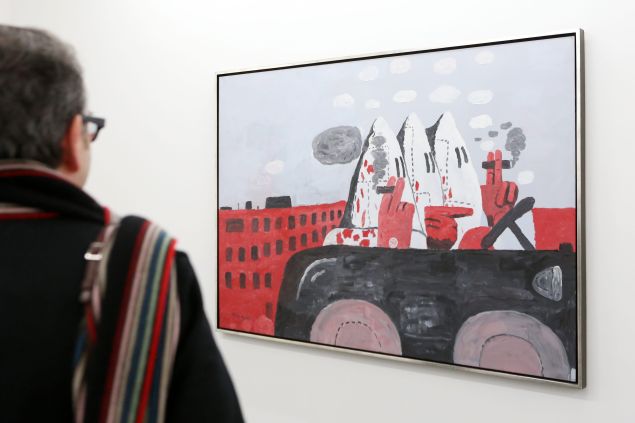 ‘Riding Around’ by Philip Guston in the collection Falkenberg in Hamburg, Germany. Bodo Marks/picture alliance via Getty Images

Back in September, the art world caught wind that a planned, multi-museum exhibition of the work of painter Philip Guston had been postponed until 2024. The exhibition had originally been set to debut this past summer, but was delayed because of the coronavirus pandemic. Organizers were also saying the long postponement had to do with the content of Guston’s paintings, which often directly grappled with the insidiousness of white supremacy via the depiction of Klu Klux Klan characters. As of Wednesday, a spokesperson at the National Gallery of Art has announced that the postponed exhibition will now take place in 2022, rather than 2024. However, the controversy surrounding this saga is far from concluded.

When the announcement was made that the exhibition had indeed been postponed because of its provocative and challenging content, members of the art world were incensed. Officially, the explanation that museum directors gave at the time was that exhibiting Guston’s works needed to be delayed “until a time at which we think that the powerful message of social and racial justice that is at the center of Philip Guston’s work can be more clearly interpreted.” One of the most prominent art world figures to push back against this excuse was Mark Godfrey, a curator at the Tate Modern in London and one of the co-organizers of the Guston exhibition, which is entitled “Philip Guston Now.”

In the immediate aftermath of the September announcement, Godfrey voiced his displeasure via his Instagram account, writing that “cancelling or delaying the exhibition is probably motivated by the wish to be sensitive to the imagined reactions of particular viewers, and the fear of protest. However, it is actually extremely patronizing to viewers, who are assumed not to be able to appreciate the nuance and politics of Guston’s works.”

This week, almost in tandem with the announcement that the Guston exhibition would now take place in 2022, reports emerged that Godfrey had been suspended by the Tate Modern for speaking his mind regarding the exhibition’s postponement. Punishment for criticism of one’s own institution feels like something that’s much more likely to happen at a highly secretive tech company than a museum, but it’s evidence of just how destructively polarizing cultural debates such as the one over Guston have become. 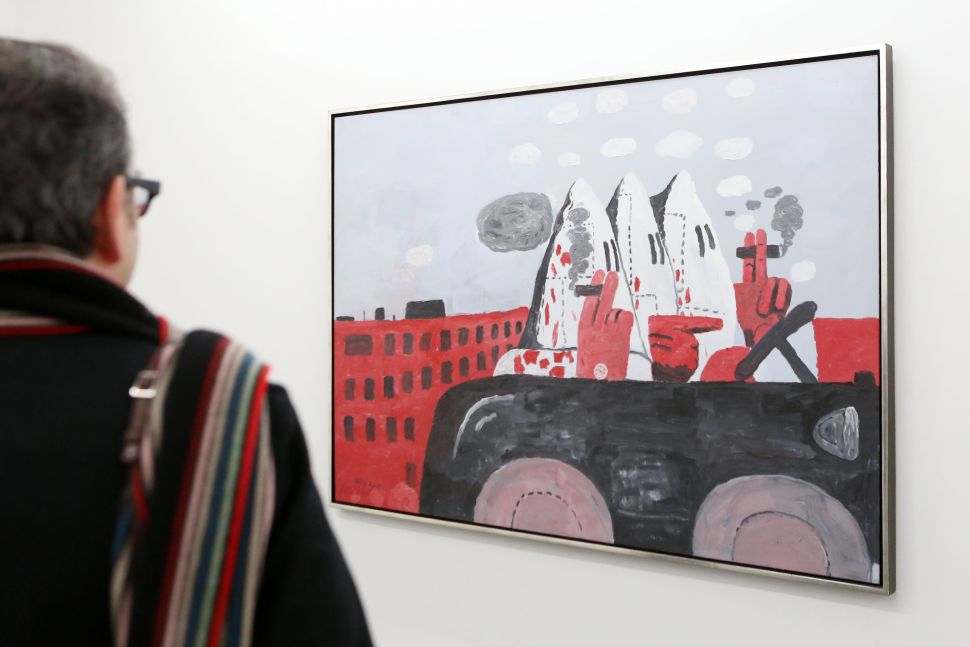