Today is the beginning of Black History Month in the United Kingdom, and Prince Harry and Meghan Markle marked the start of the important time by writing an article for the Evening Standard in which they revealed their list of Black History Month Next Generation Trailblazers, who are working to address prejudice and racism in British society.

Prince Harry and Meghan, who stepped down from their official royal roles earlier this year, have become more vocal about political and social issues in recent months, as they focus on racial justice and Black Lives Matter. Today, they called for an end to structural racism, declaring that “as long as structural racism exists, there will be generations of young people of color who do not start their lives with the same equality of opportunity as their white peers. And for as long as that continues, untapped potential will never get to be realized.”

“If you are white and British, the world you see often looks just like you—on TV, in media, in the role models celebrated across our nation. That is not a criticism; it’s a reality,” they wrote.

The Sussexes concluded their letter on a positive note, writing that “We cannot change history, nor can we edit our past. But we can define our future as one that is inclusive, as one that is equal, and one that is colorful.”

The Sussexes said, “As we look back at our past, acknowledging the good and bad of how we find ourselves where we are today, we must commit to appreciating and empowering all members of our community who strive to make a positive impact for all,” and that “We are a better nation because of the people you see in this list.”

Always a joy to put something positive on your front page. Harry and Meghan zoomed us from Los Angeles on our BHM Next Gen Trailblazers. Huge thanks to Standard team, Associate Editor Jack Lefley, Abbianca Makoni, Lizzie Edmonds & J Prynn and Radhika Aligh @standardnews pic.twitter.com/6qX6C2VpAm

Prince Harry and Meghan also gave a powerful joint interview to the Evening Standard via Zoom, from their Montecito home.

Prince Harry also spoke about his own experience and awakening to racism over the past few years, since he met his biracial wife. Prince Harry said, “Because I wasn’t aware of so many of the issues and so many of the problems within the U.K. and also globally as well. I thought I did but I didn’t.”

He explained, “When you go into a shop with your children and you only see white dolls, do you even think: ‘That’s weird, there is not a Black doll there?'” He noted that it’s just one example of how “we as white people don’t always have the awareness of what it must be like for someone else of a different colored skin, of a Black skin, to be in the same situation as we are where the world that we know has been created by white people for white people.”

Prince Harry and Meghan, who are settling into their new home in Santa Barbara, also gave an update on their son, Archie. Meghan said he’s “so good. We are very lucky with our little one. He is just so busy, he is all over the place. He keeps us on our toes. We are just so lucky.” 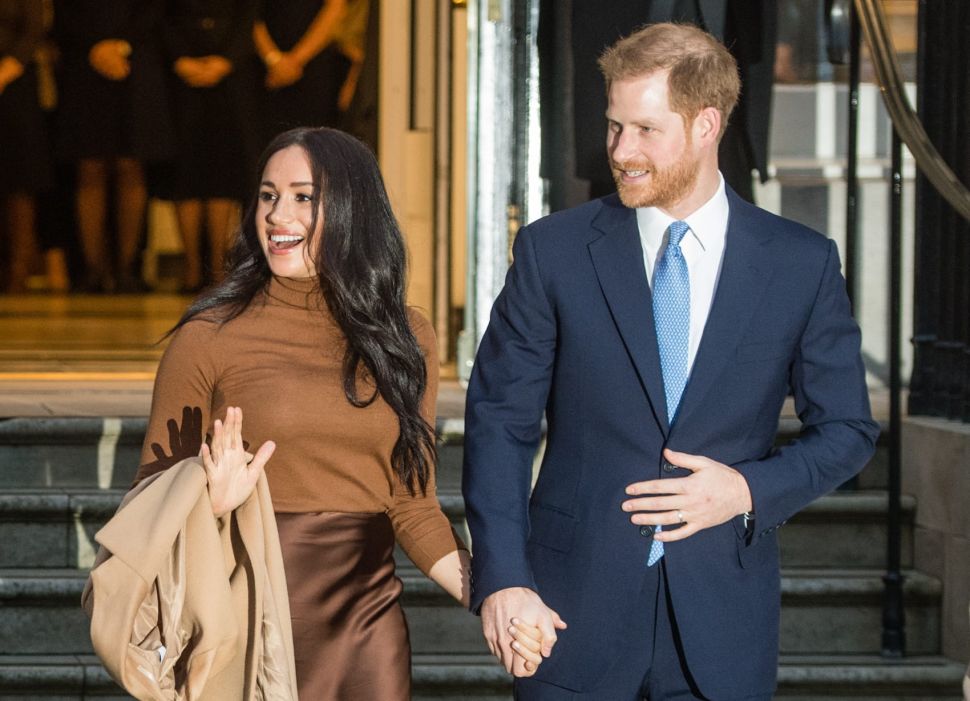