The Duke and Duchess of Sussex have been careful about venturing out in California ever since they moved to their new home in Montecito, but they’ve been starting to explore their new Santa Barbara neighborhood. Prince Harry and Meghan Markle are also starting to meet up with West Coast-based pals, as this week, they went on a double date with David Foster and Katharine McPhee.

The foursome headed to Lucky’s Steakhouse in Montecito for dinner, per photos obtained by the Daily Mail. The two couples arrived separately, with everyone wearing masks and following coronavirus protocols and recommendations. They ate outside, on the restaurant’s covered patio, during the three-hour-long dinner, reports the Daily Mail.

Meghan wore a Club Monaco trench coat, orange Chloe Gosselin mules and a Stella McCartney bag for the laid-back evening. There was lots to celebrate, of course, as David and Katharine are expecting their first child together. The 16-time Grammy winning producer also has five children (well, they’re actually grown adults ranging in age from 34 to 50 years old) from previous marriages.

Meghan and Katharine actually go way back. They attended middle school together, and were in the same musicals. The American Idol runner-up said that they reconnected in recent years when Katharine was living in London while performing in the West End musical Waitress.

Meghan and I did musicals together as kids. She grew up to be the Duchess of Sussex and I grew up to star on the West End, so same life if you ask me. #TBT

The foursome has become super close as of late, and Katharine previously said that her husband and Prince Harry have a “really, really beautiful relationship” that’s “like father and son.” The Canadian music exec even helped set up Prince Harry and Meghan at their Vancouver Island vacation home, where the Sussexes stayed for a few months before they moved to California.

Prince Harry and Meghan are planning on spending even more time with David and Katharine for the holidays, as they’re reportedly hosting Christmas at their new Montecito mansion instead of flying back to the U.K., and are inviting the McPhee-Foster fam to celebrate together. 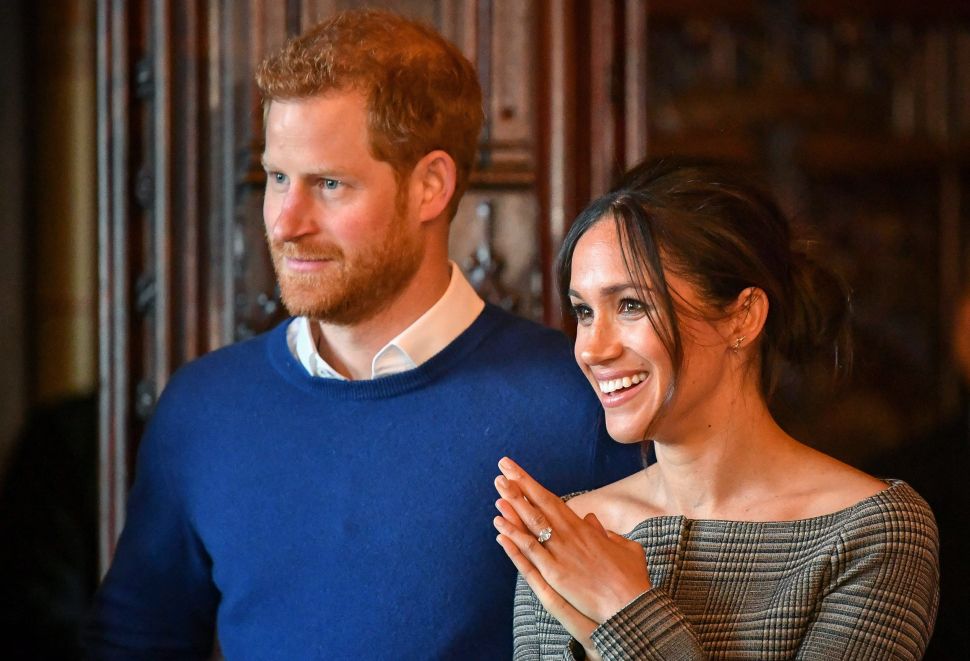