Earlier this year, Prince Harry and Meghan Markle announced that they were stepping down as senior members of the royal family, and would divide their time between the U.K. and North America. The Duke and Duchess of Sussex have since left behind their official royal roles, and are residing in a new home in Montecito.

Before Prince Harry and Meghan made their big decision, Queen Elizabeth had a different solution in mind to try and help the couple. She wanted to have the Duke and Duchess of Sussex live in South Africa for a year or two, where they could work in a new role within the royal family, reports royal historian Robert Lacey in his upcoming book, Battle of Brothers, which is being serialized in the Daily Mail.

The Queen had “heard and read much of Harry and Meghan’s wish to live an ‘ordinary’ existence,” which reminded her of the years between 1949 and 1951 that she spent with Prince Philip. Queen Elizabeth wanted to provide the Sussexes with a similar experience, while also giving them the “honor and responsibility” of a new role within the Commonwealth, per Lacey.

Queen Elizabeth knew how special South Africa was to the Sussexes, as it’s where they traveled on their third date, and Prince Harry even sourced a diamond for Meghan’s engagement ring from Botswana. She thought it made sense for the couple, and that “Johannesburg could be their Malta.”

It would also allow Prince Harry and Meghan to have some distance from the U.K., and from other members of the royal family, as the Sussexes were reportedly not on the best of terms with Prince William and Kate Middleton.

Alas, the Queen’s plan for the Sussexes didn’t pan out, and Prince Harry and Meghan ended up stepping down from their royal roles altogether earlier this year. They moved to California in March, and are settling into their home in Santa Barbara, where they plan on building their new life, continuing work on their foundation, Archewell, and raising their son, Archie. 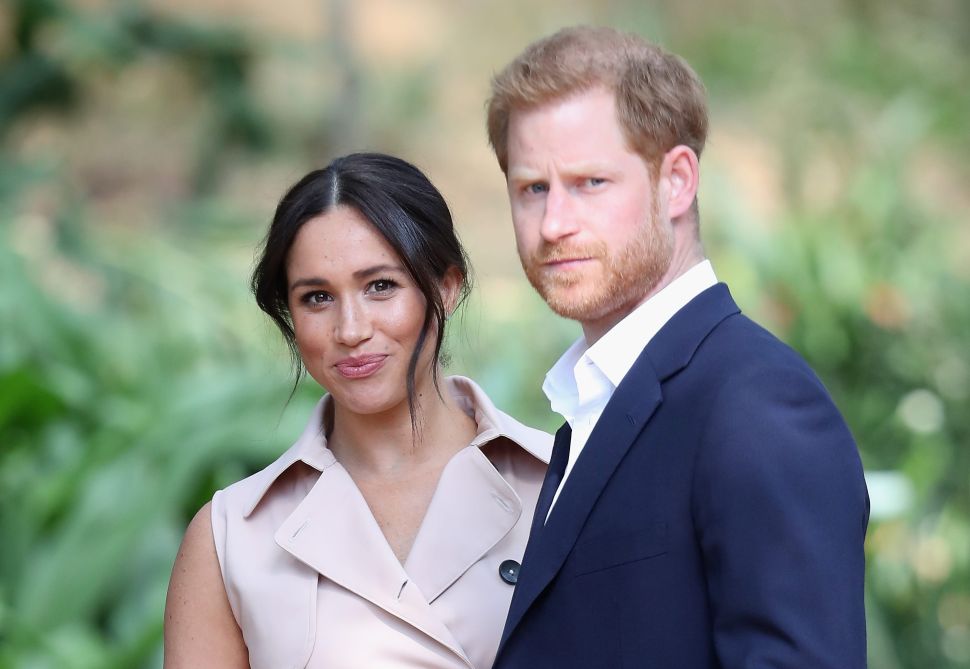